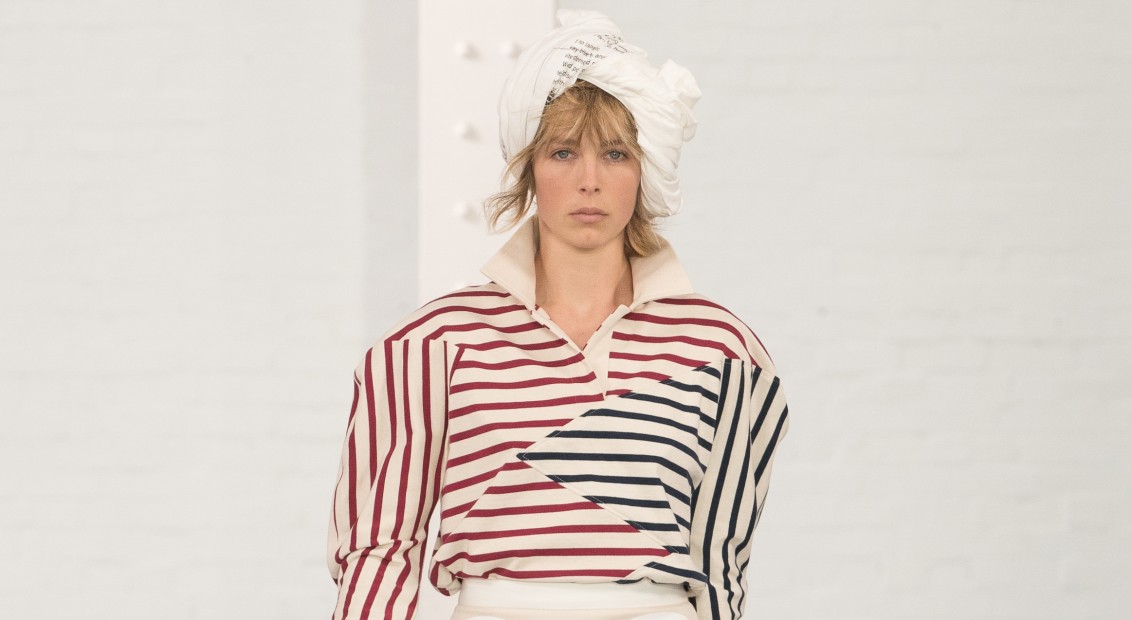 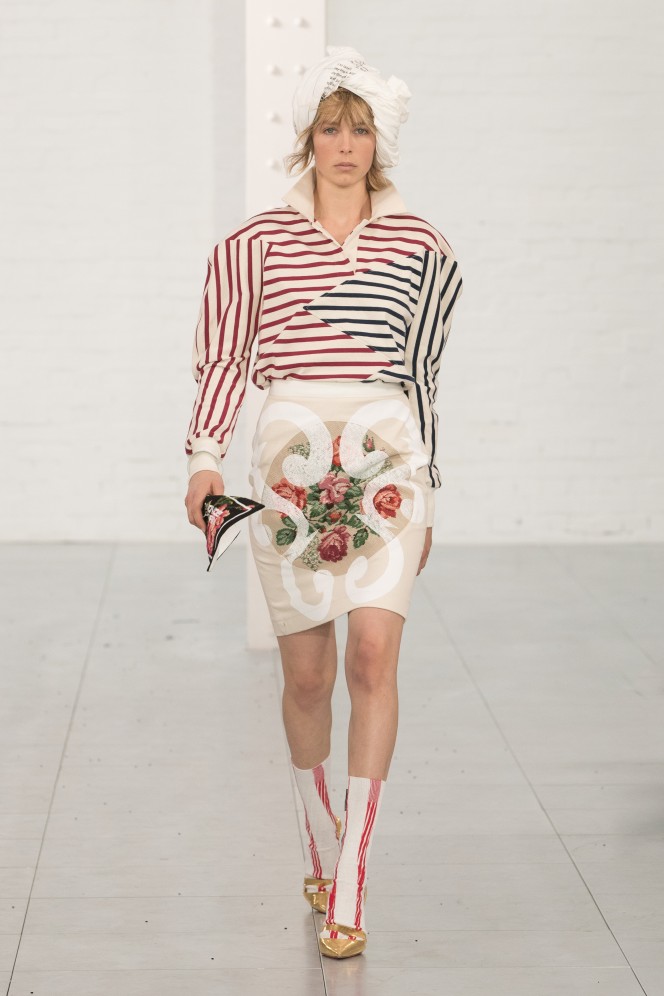 After spotting an image of Kate Moss in one of Anthony Symond’s creations, notable fashion stylist Max Pearmain sought to get in touch with the designer. Upon realising their shared dissatisfaction with the current creative state of the industry, Symonds Pearmain was born.

Back in 2016, the pair put on their first presentation entitled Retail Baroque. Lily McMenamy modelled the entirety of the range – stood on a platform, she contorted her pose according to instructions relative to different manifestations of womanhood shouted to her from the duo. This debut set the precedent for what was to follow: their brand has continued to exist at the intersection between art and fashion ever since.

For FW18, the designers were invited to show as a special guest with Fashion East. Edie Campbell opened their first runway show in London dressed in a headscarf, open-collared striped shirt and a midi-skirt with the words “World’s Famous Supreme Team” printed on the backside – a reference to the 80s hip hop group whose songs provided the soundtrack. On the whole, the collection was at once refined yet tongue-in-cheek: dresses finished with oversized neck bows, cord belted jumpsuits and tapestry tote bags made for standout womenswear with a wacky edge.