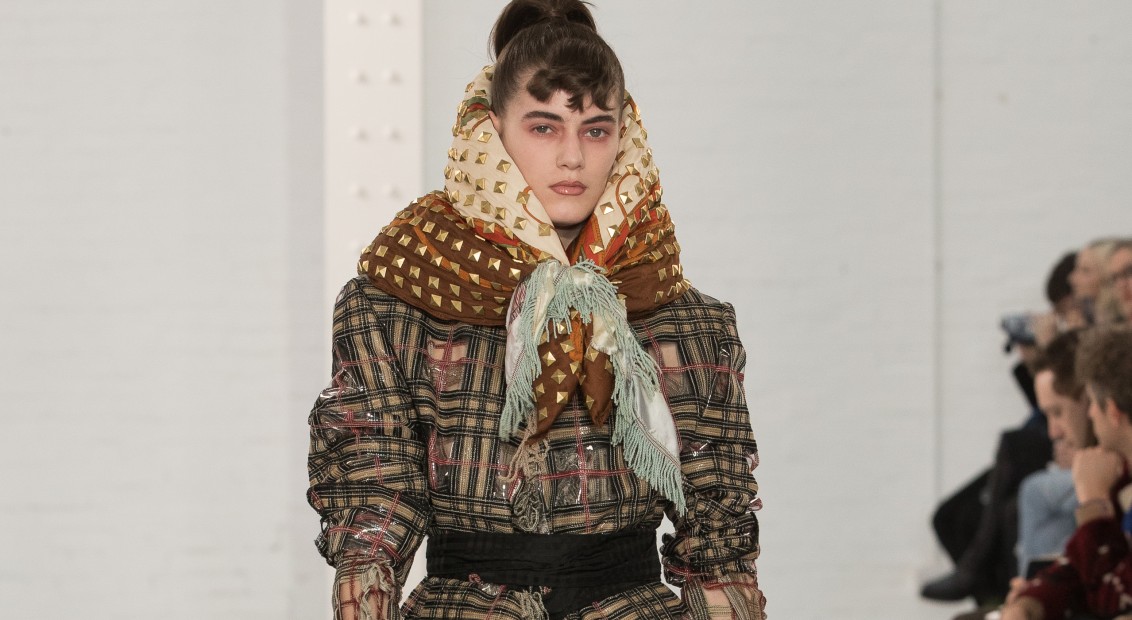 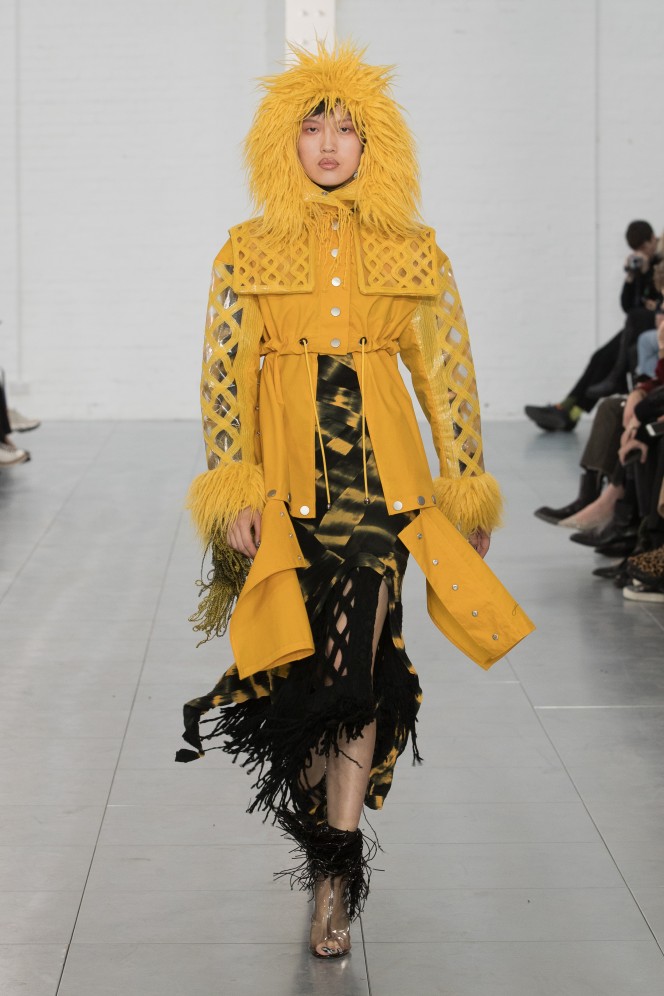 “Despite our desperate, eternal attempts to separate, contain and mend, categories always leak” –  using his show notes to quote the words of multi-disciplined Vietnamese filmmaker Trinh T. Minh-ha, British-Chinese-Vietnamese designer Asai Ta explored the dispersion of native people from his ancestral homeland for his third season with Fashion East.

Those familiar with his work will know that he often looks to his roots to inform his collections. Last season, he referred to Chinese tropes to present bamboo-inspired jewellery and dragon-print neck scarves. This time around, as his show notes explained, it was all about incorporating elements of an imagined migrant’s journey from Vietnam to Europe and eventually across the Atlantic ocean.

Reimagined takes on traditional checks signalled British influences, while fringed cowboy boots and studded padded headscarves hinted at the impact of American aesthetics. Additionally, mouthpieces made from silver spoons were a way of decoratively discussing ideas relative to western cultural norms and the concept of privilege. As the likes of fellow designers Supriya Lele and Grace Wales Bonner also prove, addressing diasporas through a medium such as fashion can be both a celebratory and cathartic practice.