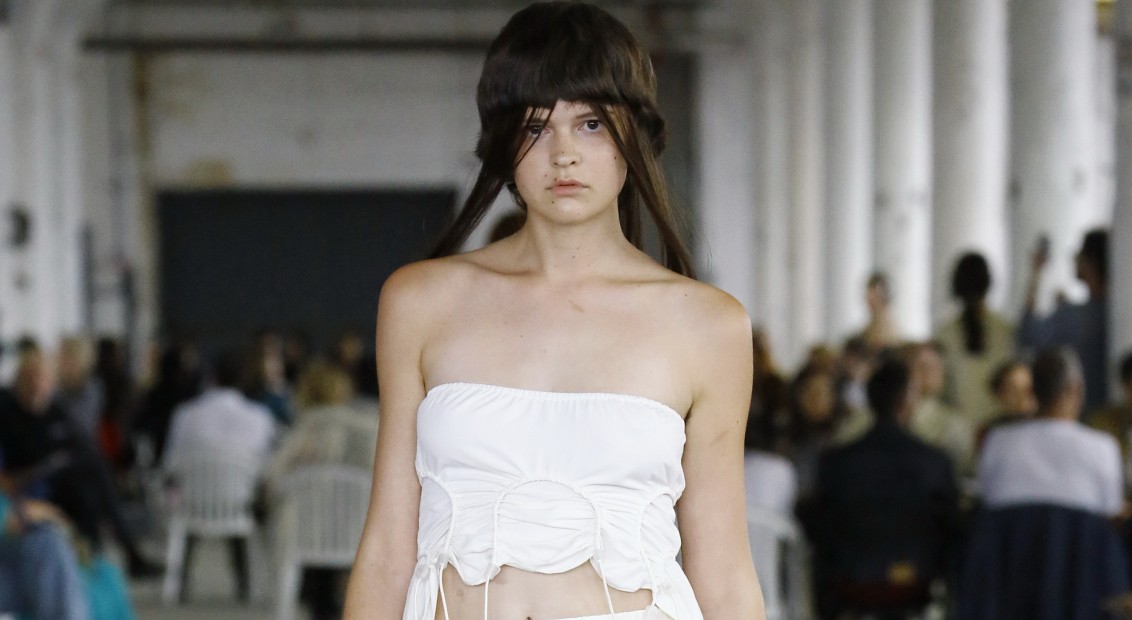 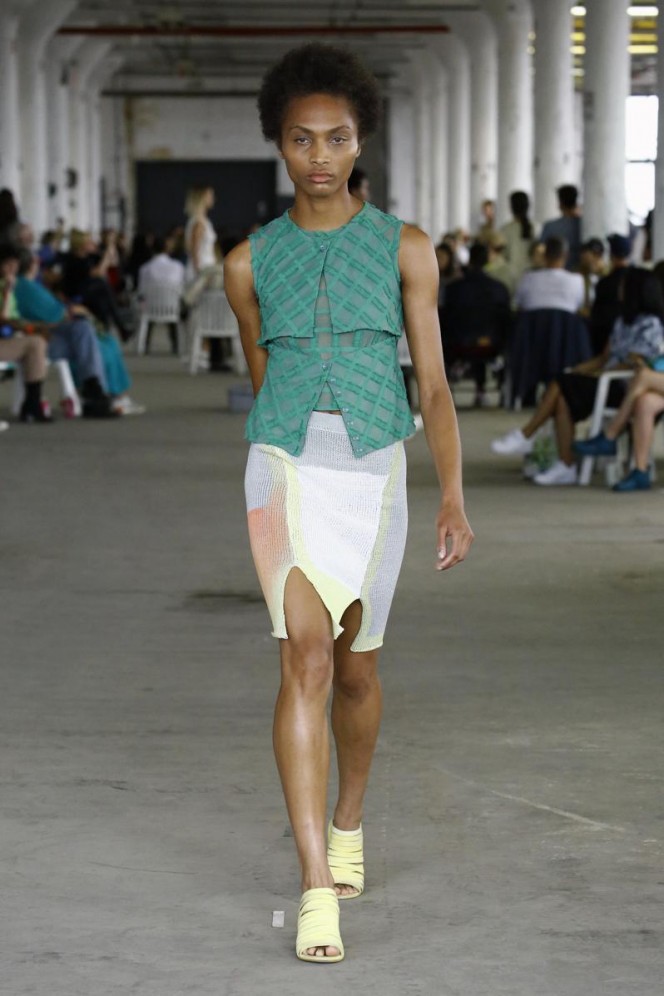 Ushered into an industrial lift “30 guests at a time,” guests stepped out into a white warehouse bathed in natural light and punctuated by pillars. Seats were dotted around the space – including one for actress Whoopi Goldberg – while traditional-style rugs were laid in the centre.

Adults and small children sat in the area playing with percussion instruments: a paint pot upturned with drumsticks balanced on top of it, a lone xylophone surrounded by tambourines. This was the makeshift equipment of Brian Chippendale and the Young People Orchestra who would provide the thunderous acoustic soundtrack for Eckhaus Latta’s SS19 show.

“I’m fucking exhausted and my being isn’t functioning properly,” read a line from the design duo’s enigmatic poem which appeared within the show notes. The words gave little indication as to what to expect – and that therein lies the freethinking, obscure attitude that underpins Eckhaus Latta.

To the striking of the paint pots-turned-drums, models meandered across the space in draping asymmetric knit dresses that have become a signature element of the pair’s creative style. Co-ords in various forms cropped up repeatedly – an off-white rouched bandeau top and a matching skirt and a flowing yellow suit with electric-blue top stitching were of particular note.

Mike Eckhaus and Zoe Latta’s penchant for experimenting with the naked human form was also apparent: their diverse cast wore beaded structures fit for ancient royalty which left their chests bare, while see-through t-shirts printed with intricate patterns left tattoos exposed. With their 17th collection, this was Eckhaus Latta once again pushing the boundaries of accepted fashion to make unconventionality the aesthetic norm.