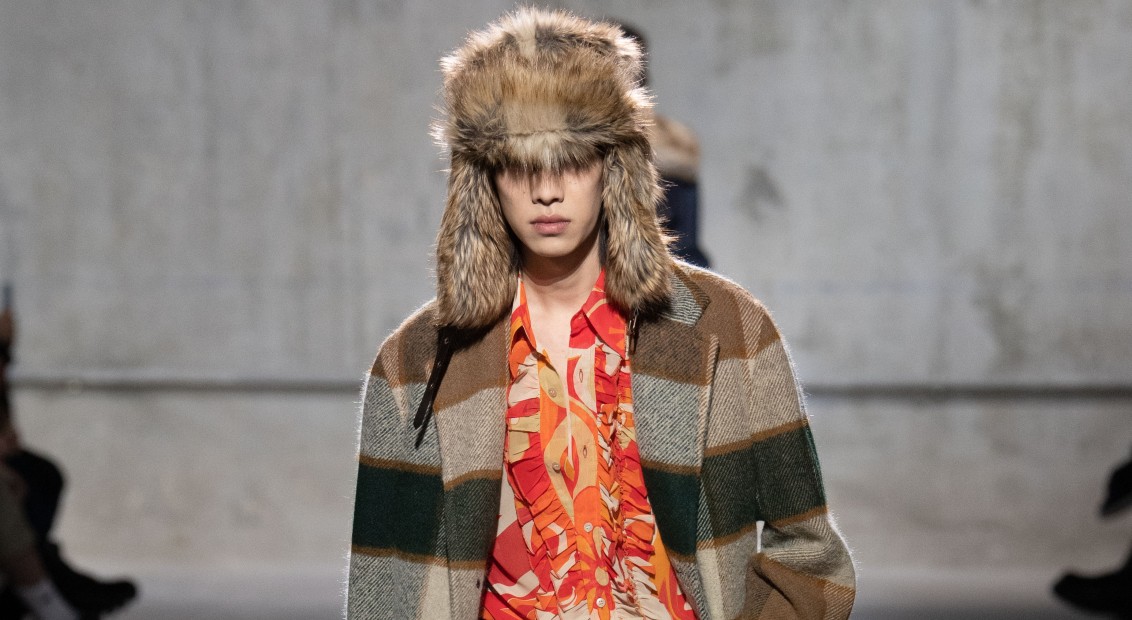 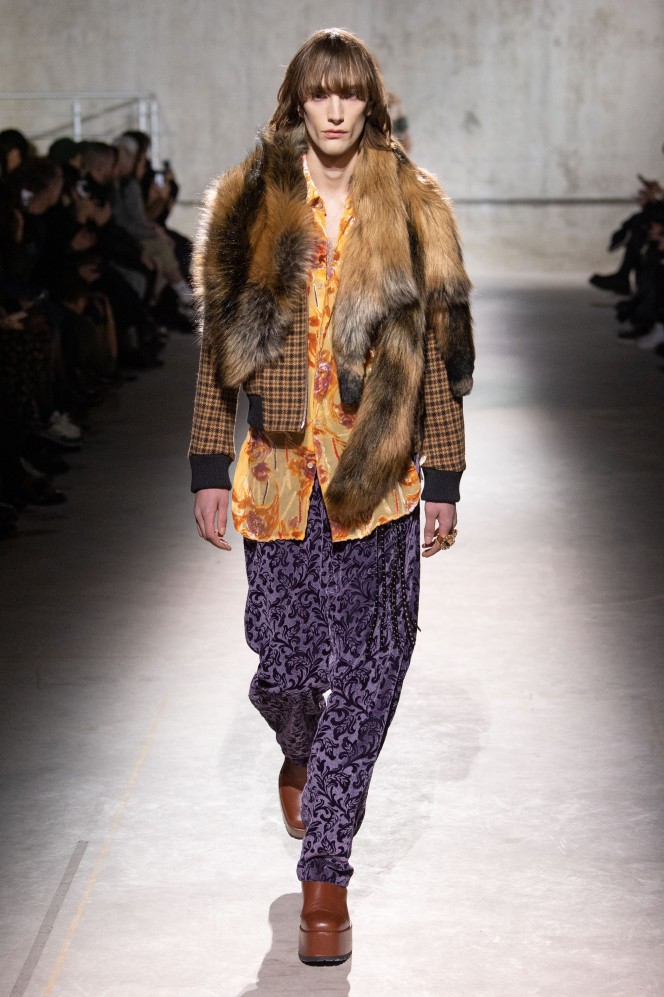 The start of a new decade has encouraged talks of the century before it — the Roaring Twenties, when opulence and unrestrained hedonism were the zeitgeist. As is customary with the fashion industry, past stylistic tropes often resurface to deliver a new-age aesthetic steeped in nostalgia. But rather than fixate on the heady nature of one hundred years prior, Dries Van Noten instead chose to channel an equally experimental time period for his FW20 collection: the 80s.

Models with dishevelled haircuts stomped their way around the space to the atmospheric sounds of Girl Band and Suicide. The creative director’s show notes were formatted like song lyrics: “The street is His stage, Blithe to rules, He takes pride and joy in dressing.” This time around, the Dries Van Noten man was set to explore his deepest rockstar fantasies: here was his opportunity to revel like the Ramones; strut like Iggy.

Diaphanous psychedelic-print shirts were teamed with brocade-style trousers for looks that were so unapologetically in-your-face. Subdued versions of plaids borrowed from punk were made into bejewelled shirts, belted jackets and double-breasted coats to complement the flamboyancy of the rest of the collection. Elsewhere, faux-fur hats, excessive collars and ornate scarves served as the height of ostentation, while snakeskin platform boots typified rock ‘n’ roll. So, despite the crowded menswear calendar, Dries Van Noten’s roguish vision still came in loud and clear. 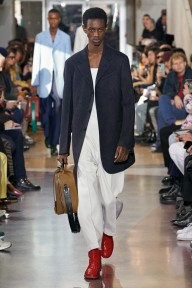 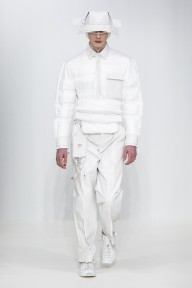 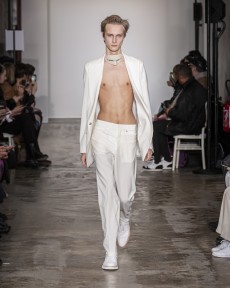 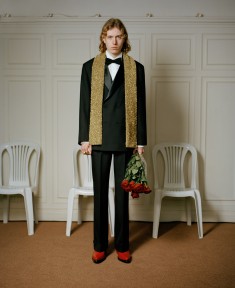 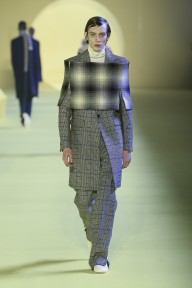 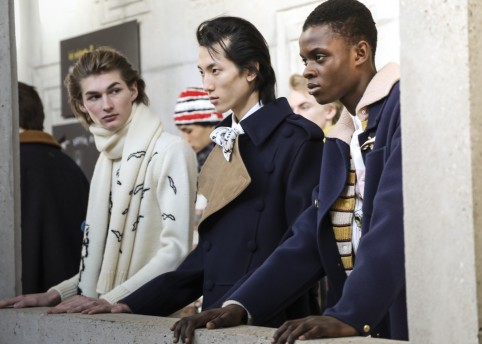 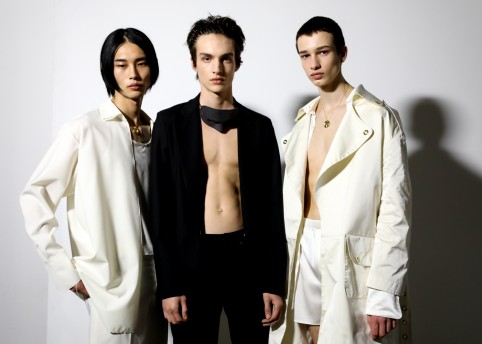 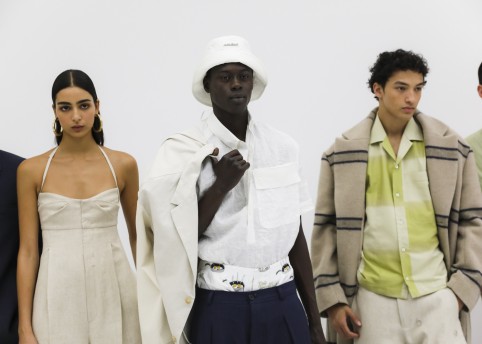 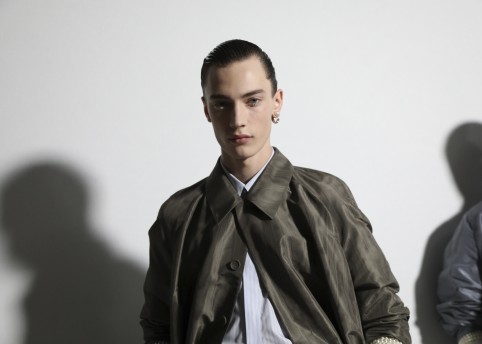 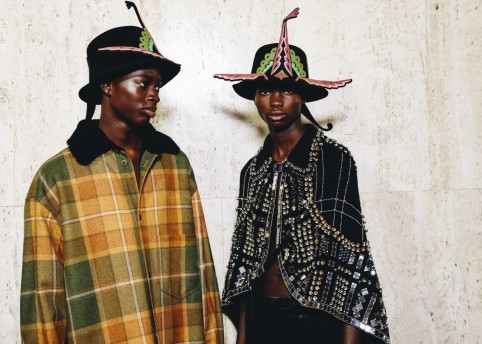