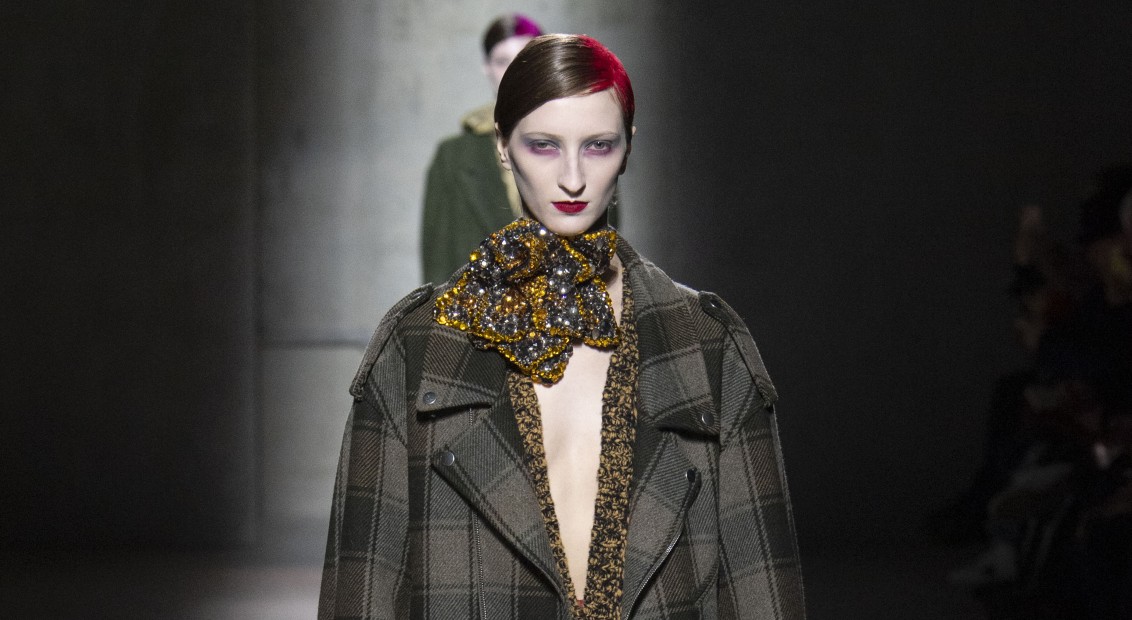 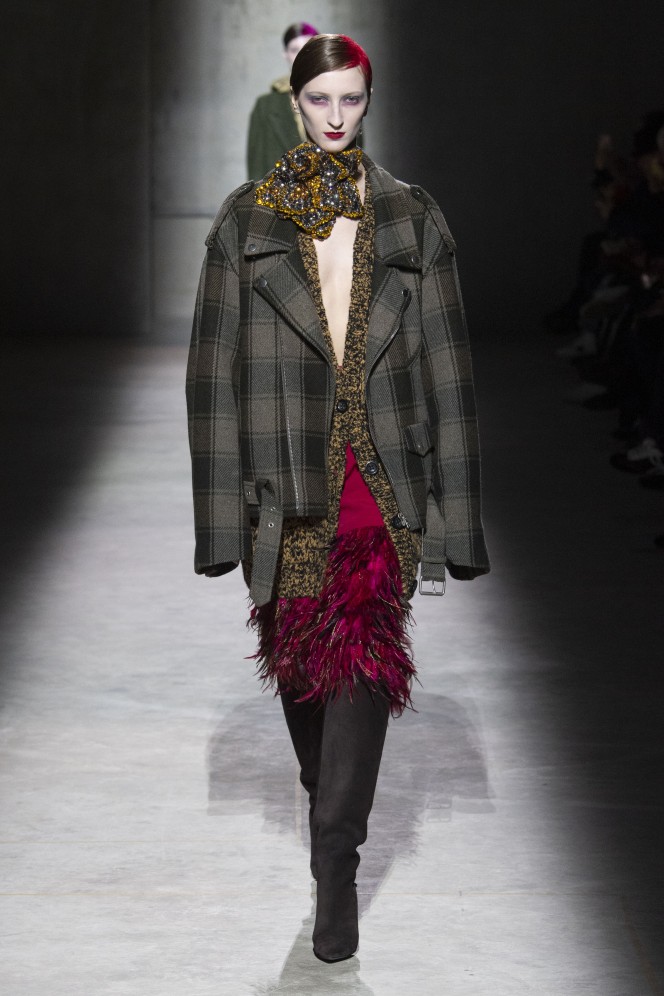 If there’s any truism to know about Dries Van Noten, it’s that the designer’s well versed when it comes to playing around with texture. On the brand’s Instagram account before the show, what started out as a close-up shot of indistinguishable colours, slowly zoomed out to reveal a 3-D flower compiled of sequins and rhinestones. This was a symbolic move, of course: glitter, glamour and grunge were set to underpin his FW20 offering.

Existing somewhere between decadent and dramatic, this collection drew inspiration from the work of French photographer and make-up connoisseur Serge Lutens. Models took to the runway with side-parted hair slicked into buns and vibrantly dyed at the roots. In typical Van Noten fashion, checks were abundant — the pattern appeared in the form of oversized biker jackets, loose-fitting trousers which ruched around the ankle and shirts casually tied around waists for a nod to the 90s.

Another go-to for the creative director, florals surfaced in multifarious forms. In one such instance, a Pop Art-style pattern decorated a translucent mac, while a graphic-print tie-neck blouse — that wouldn’t look out of place on a 70s-era Jean Shrimpton — was paired with fluid velvet trousers in a mystical purple hue. Meanwhile, leather garments added an air of unapologetic sensuality: studded pants with zips around the ankles were matched with shimmering brocade blazers, as leather longline jackets with shearling trimming in rust and grape looked particularly devastating.

The main takeaway this season, however, was Van Noten’s attention to detail. Whether it be the delicate beadwork that swirled its way into abstract patterns on overcoats, eye-catching feathered clutch bags or the sequin corsages which adhered to the wrists and necklines of dresses; Van Noten’s vampy women were ready to light up the night.