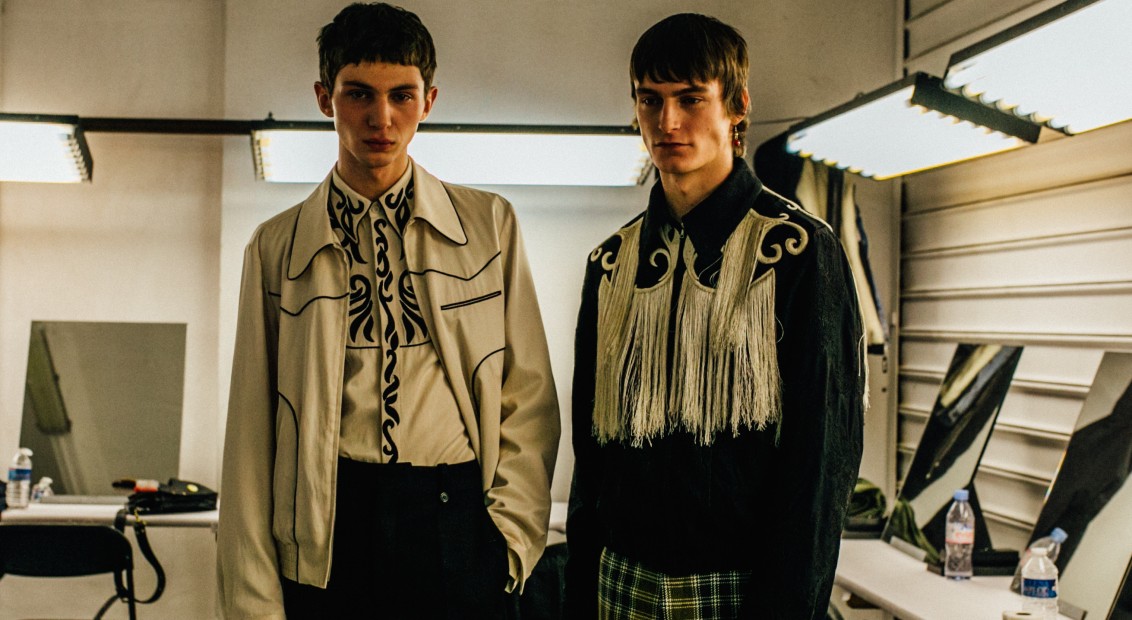 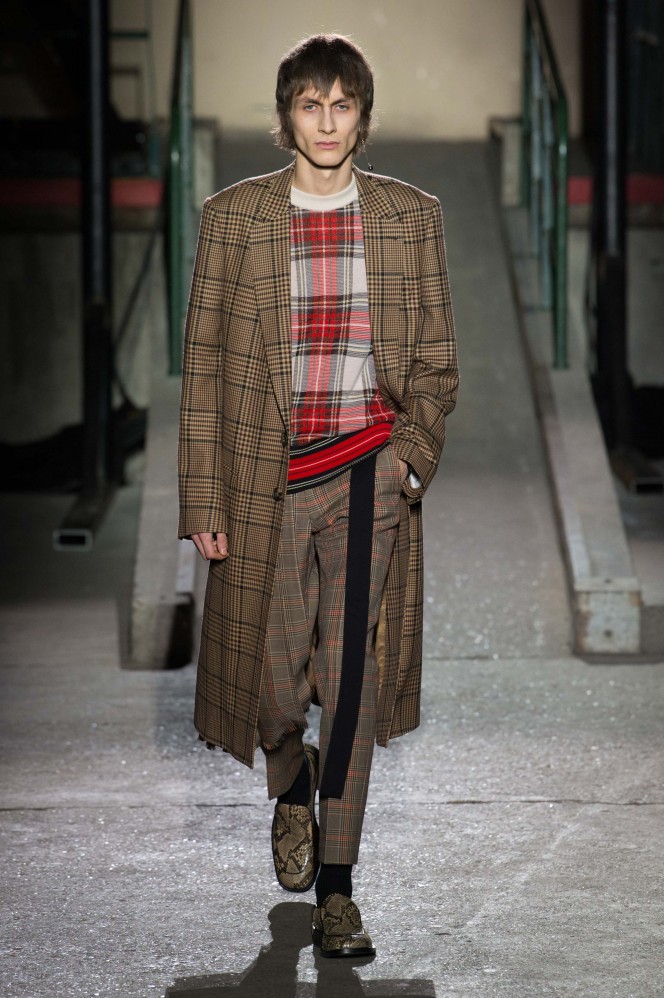 While most of us apparently wear just around 20% of our wardrobes, Dries Van Noten’s man is not part of that statistic. The new collection was built around a sartorial repertoire that’s developed over time, one that caters to all kinds of far-reaching needs, moods and whims he might have once addressed while shopping. He now pieces together their relics to assemble new outfits. The results, often times surprising, and bearing the “tension and spark of the habitually incongruent”.

Within the time capsule, a psychedelic, pre-digital-inspired sci-fi print appeared from the Kentucky-based artist Robert Beatty, and elsewhere floral prints moved through various époque; from pop, folk, abstract, historic. The MVP was created from a marbling technique normally reserved for paper, here used on silk instead. The fabric is submerged in trays of water, and streaked and flecked by hand with oily inks. A new practice for Dries and the mainstream in general, but it played into his revered colour sensibility, tracing the fluid drape of their Pongee silk as they walked, and looking quite magical. The soundtrack, a cover of Underworld’s Born Slippy from the last minutes of Trainspotting, emphasised the trippy, analgesic element to the piece.

Another running thread was a reference point from Nashville, but more typically feminine notions of it. Broderie anglaise, butterflies, crochet, a crossbody purse in faux snakeskin – all earnest propositions as small accents in contrast to subdued silhouettes or what Dries called “manly” textiles. The takeaway: no buyer’s remorse to be had. 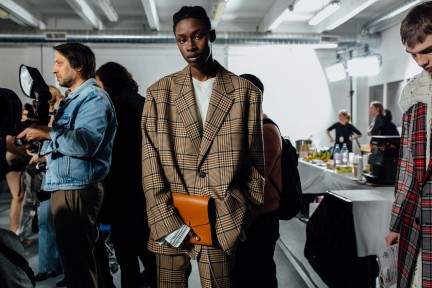