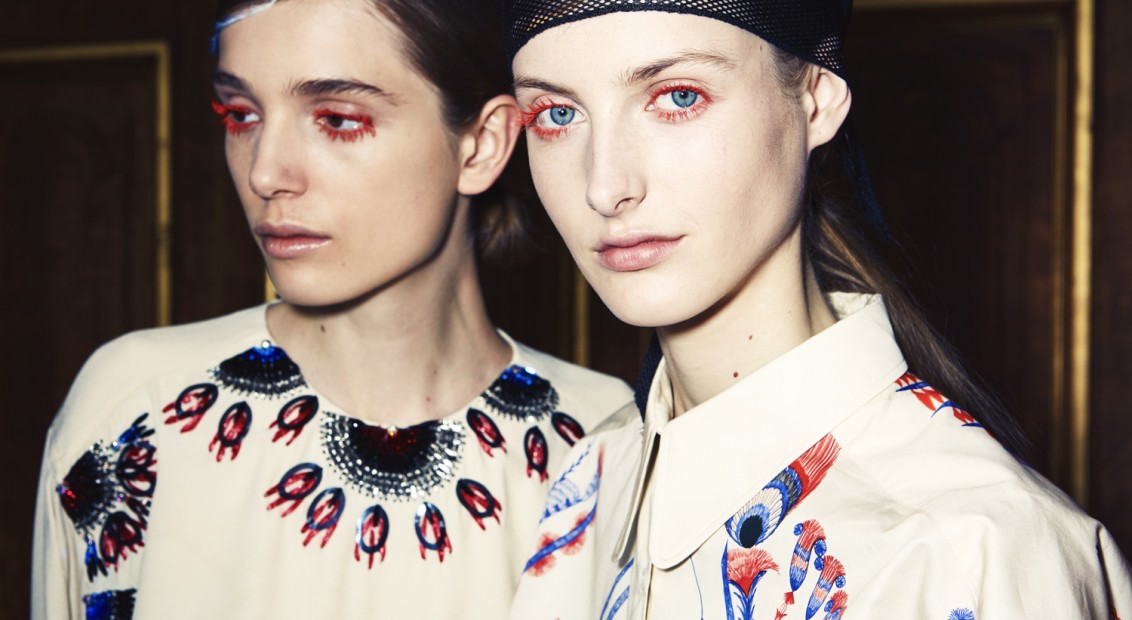 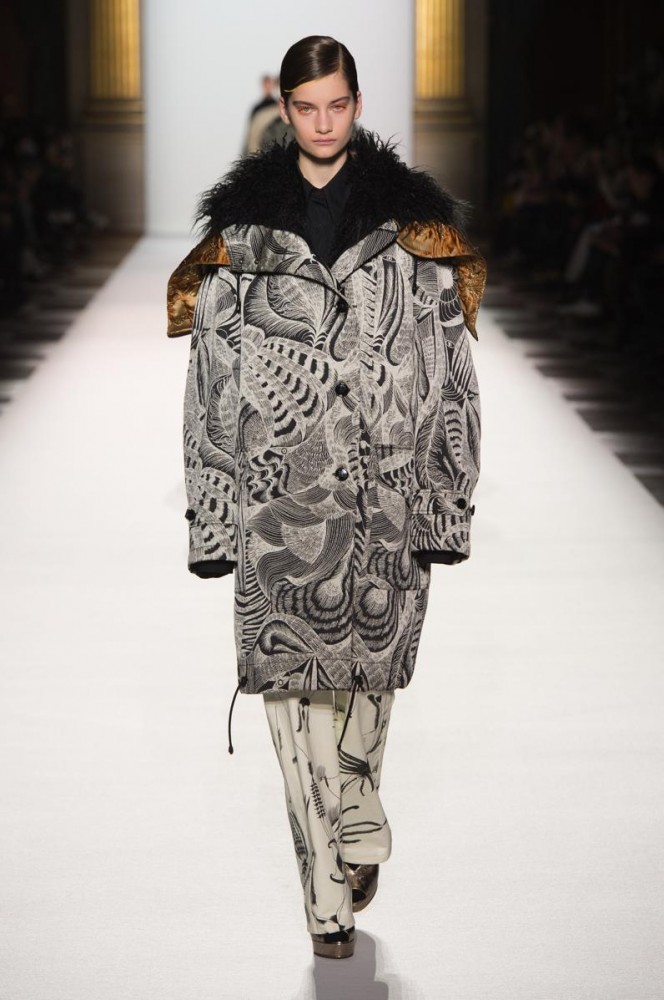 Making beautiful clothes comes as naturally as breathing for Dries Van Noten. The Belgian designer is adept at weaving art-driven references with textiles in a way that continues to prove him one of the most inimitable designers of his generation.

FW18 was no exception. Stepping into a new chapter of his career – following last season’s epic 100th show – Van Noten’s fascination with arts and crafts honed in on the Art Brut movement. The term, coined by painter Jean Dubuffet, refers to works outside the conventional dictates of the art world, created by those existing outside established culture and society.

‘Uncooked’ or ‘unadulterated’ by culture, these works had a common surreal thread, pulled from the fringes of the creator’s imagination. This free and psychedelic quality was reflected in Van Noten’s soundtrack, Deep Purple’s Child in Time, and woven into his clothes: Uninhibited and free-spirited, Dries and his team had been let loose with Biro and gouache, creating intricate scribbles that appeared like etchings and morphed into leaves, feathers and wild swirls.

A brilliant collage of textures, textiles and ideas, Van Noten’s reference points stretched historical epochs: “From 1920’s Poiret to 1930’s Deco, the opulence of 1970’s glam.” One word to describe it all – rich. There were skirts crafted with beautiful peacock-feather embroidery that floated ethereally, while classic couture fabrics such as jacquards, satin and pongé were reimagined in technical yarns and one particular faux Afghan fur coat proved the ultimate in sartorial cosiness. “The worlds of technology, Man’s sports gear and the delicately hand crafted meet,” read the show notes. “The technological contrasts and informs the hand crafted.” A melting pot of references, from past, present and future – put them all in a blender and see what sticks; the results are wild.

In an attempt to re-capture a sense of uninhibited creative freedom in today’s affected social-media age, the Belgian maestro left us truly inspired. 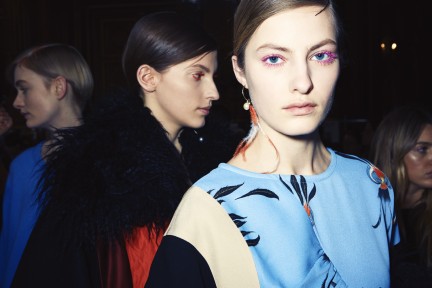