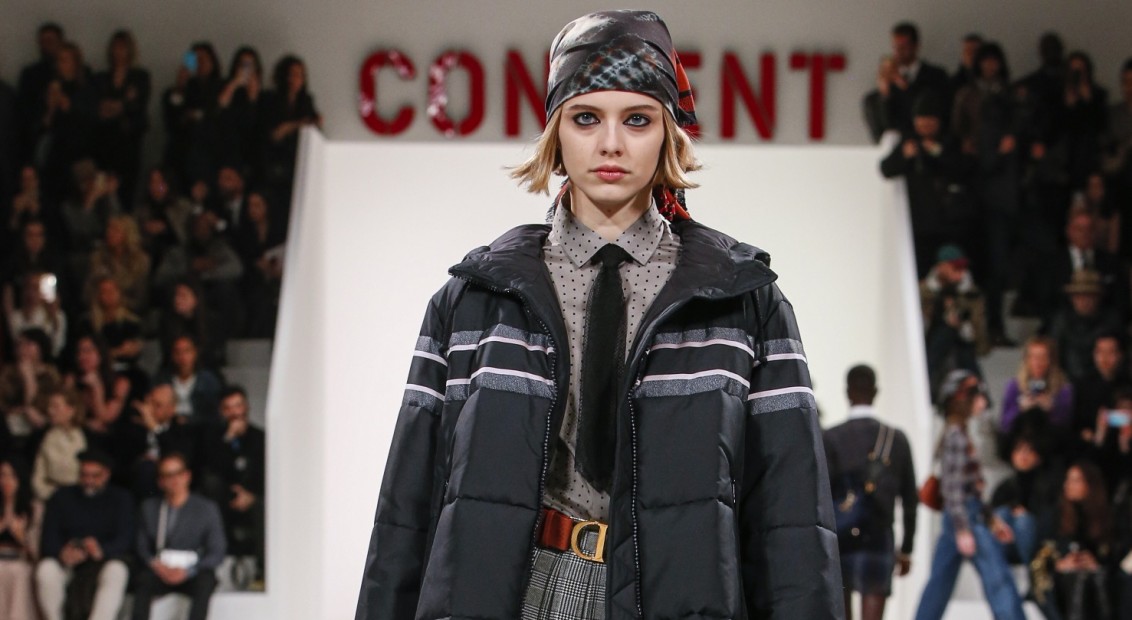 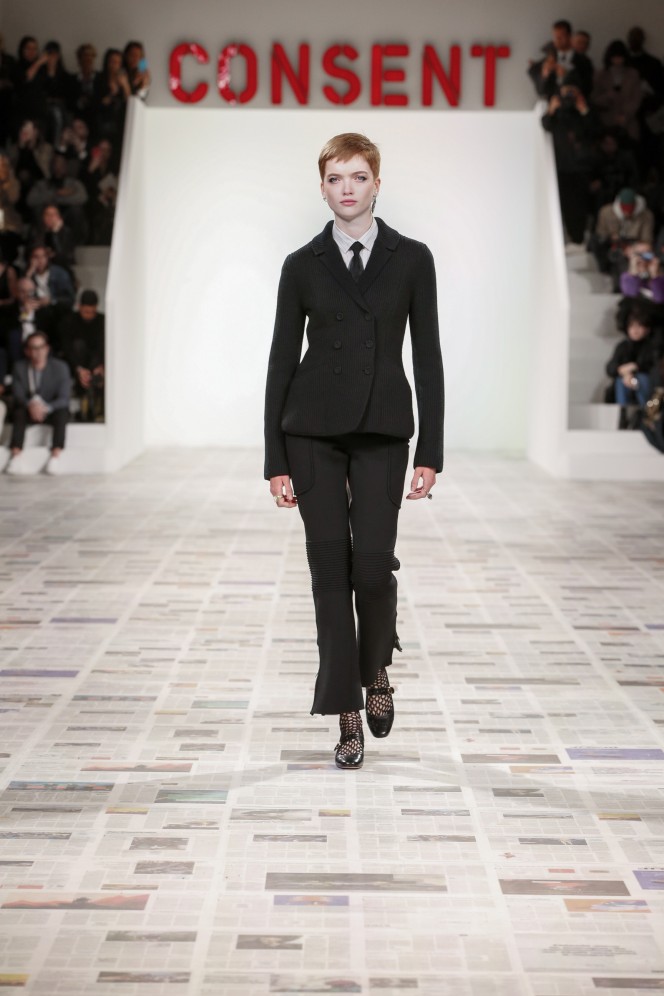 Since taking the helm at Dior back in 2016, Maria Grazia Chiuri has consistently paid tribute to disruptive women throughout history. This season, the designer shared a deeply personal moodboard: alongside candids of Chiuri’s own mother were snapshots of stylish actors and the studio of Germana Marucelli, a wartime designer who famously refused to play by the rules of the Parisian fashion elite.

The show-space itself was strewn with slogans described by the brand as “woke subtitles,” but the collection explored the multiplicity of femininity by loosely following the trajectory of Chiuri’s own life. Pleated schoolgirl skirts and argyle jumpers were belted, whereas plaid blanket jackets and double-denim paid homage to the grunge heyday of the mid-1990s. Sculptural interpretations of the classic Bar Jacket were shown, but from punk – referenced in the fishnets, fast becoming a Dior staple – to bohemian, Chiuri also explored femininity through various subcultural lenses.

Most importantly, codes of domesticity – gingham dresses, cosy knitwear – were writ large throughout the collection, tying into one of the showcased quotes: “Women’s love is unpaid labour.” It’s a testament to the various, often invisible or forgotten, women that play a crucial role in shaping our individual views of beauty, power, strength and femininity. Refreshingly, Chiuri brings them centre-stage: whether funding exhibitions on influential artists or simply sharing their place on her moodboard, this theme of celebration colours her distinctive take on Dior.