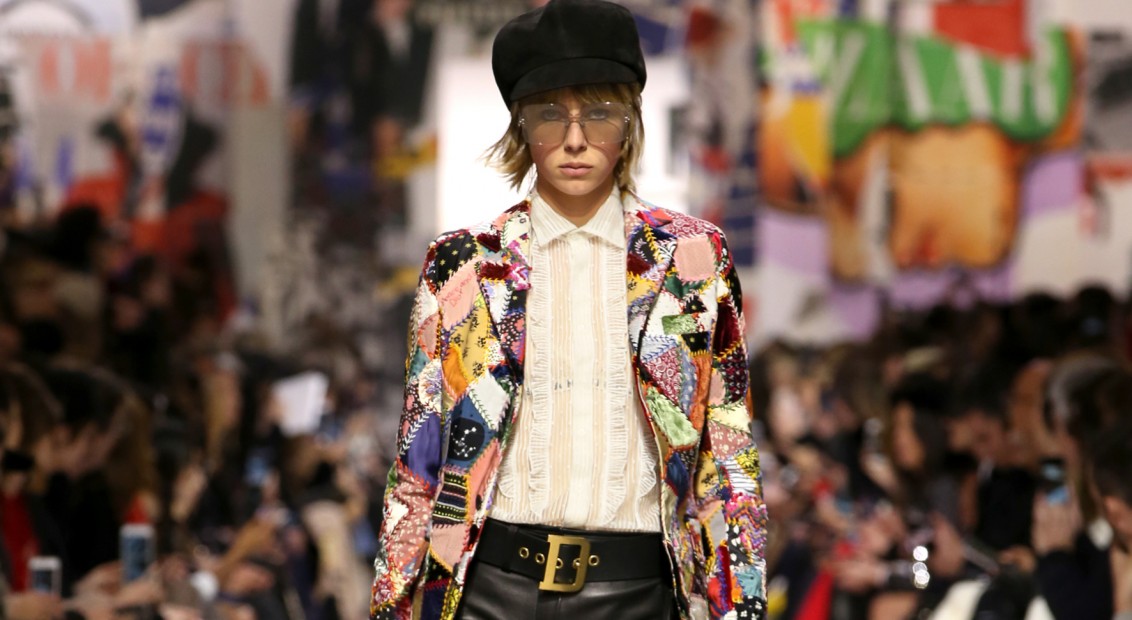 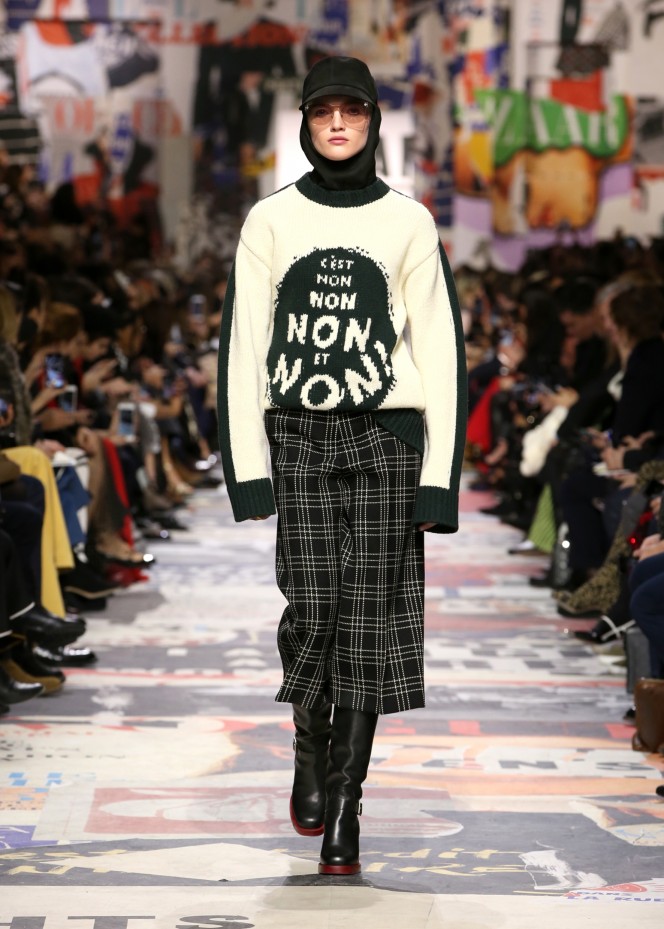 Inside Dior’s show structure, constructed on the grounds of the Musée Rodin, 3,000 posters were plastered across the walls, floors and reflected in the mirrored ceiling. Conceived by set and designer and longtime Dior collaborator Alexandre de Betak, magazine covers and protest art of the late 1960s collaged to create a bold – and very timely – picture of defiance. At the end of the runway, a poster read ‘I AM A WOMAN.’

This May sees the 50th anniversary of the 1968 Paris protests (including the memorable protesters outside of the flagship Dior store because there weren’t enough mini skirts), the Dior designer looked to channel that resistance culture and reflect it through a contemporary gaze. “Anniversaries can be triggers for exceptional memories,” read the show notes. “Remembering is also about reinventing and imagining. Fifty years after the momentum of urgency and creativity that the year 1968 brought, this is an opportunity for Maria Grazia Chiuri to revive an era when the rules of fashion were turned on their head.” It was these attitudes and symbols that guided this season’s Dior collection. Jeans were printed and patched, some with dyed crochet, others distressed with fringing detail. Hemlines were shorter and dresses more playful, worn with thigh-high boots they nodded to early 60s optimism and liberation.

Elsewhere thick knit sweaters came with messages, one featuring a peace sign, another reading “C’est Non Non Non et Non!” (the translation isn’t really needed, but the interpretation is very much so), kilts were rendered in sheer tulle, longline leather coats were very Matrix, and newsboy caps, yellow-tinted sunglasses and cosy vintage-style wool coats all screamed Anita Pallenberg. Oh, and those cut-outs that covered the show space? They also appeared in the form of a patchwork motif

In this collection, we felt Chiuri’s determination to make Dior a voice for female strength and modern empowerment. Fascinated by the protests and riots of the 1960s, the designer turned the catwalk into her own women’s march. And with International Women’s Day less than a week away, it felt very timely indeed.