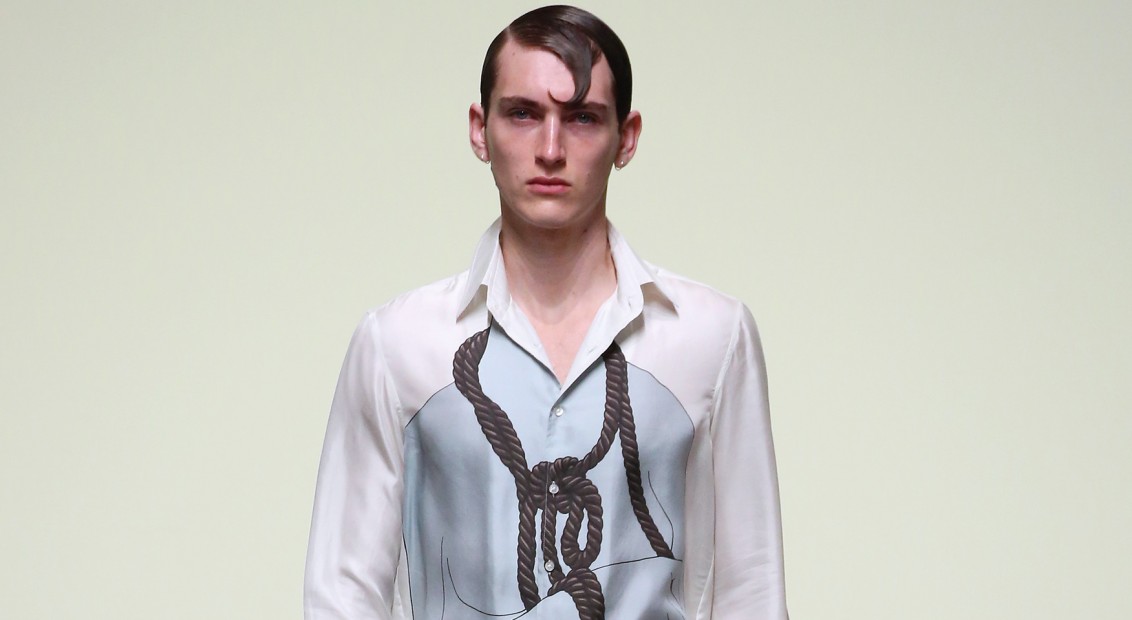 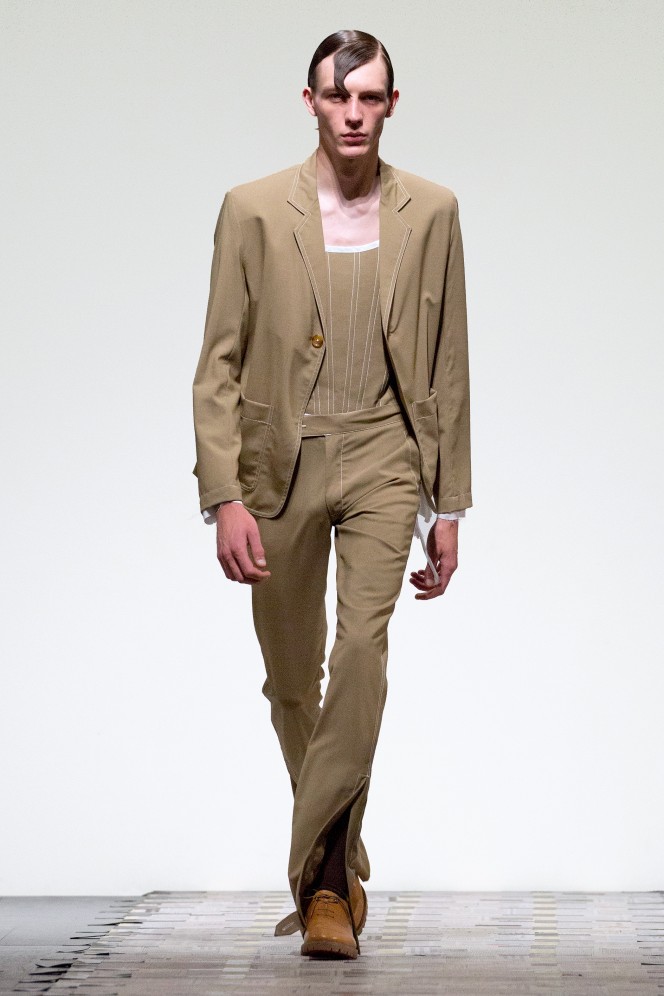 “This businessman has gone out on a Friday night after an 80 hour week and ended up somewhere he shouldn’t have,” Daniel Fletcher told us pre-show, describing his SS19 man. It’s a vital time for the young London-designer, balancing his creative ideas with business-savy controls. “So much of my time is taken up managing the brand it sometimes feels like all the creativity is being sucked out of me, so I’ve tried to counteract that with a collection which feels like a city boy wardrobe which has gone really wrong.”

This was Fletcher’s sartorial reaction to his and many others’ current predicament as burgeoning designers. As commercial forces ask for more from them, this collection served as a visual representation of that struggle and the journey towards salvation. Fletcher’s first runway show, this new format saw the designer take more risks in his designs, slicing piece up the back and sides to emphasise motion and reveal vulnerabilities.

Symbolic of restraint, ropes were a repeated motif which were woven throughout his designs. For SS19, he collaborated with artist Caitlin Keogh to present shirts decorated with the female torso – ropes perforated flesh and bound bodies, creating garments that appeared at once smart yet savage. The presence of traditionally feminine design tropes was of course significant – from the halter-neck tops to the corset-like vests with lace-up side detailing,  they acted as a remark on the constraints of business for today’s women. This was a fusion of voices; an androgynous display that said we are all in this together, but sartorial success is well within reach.