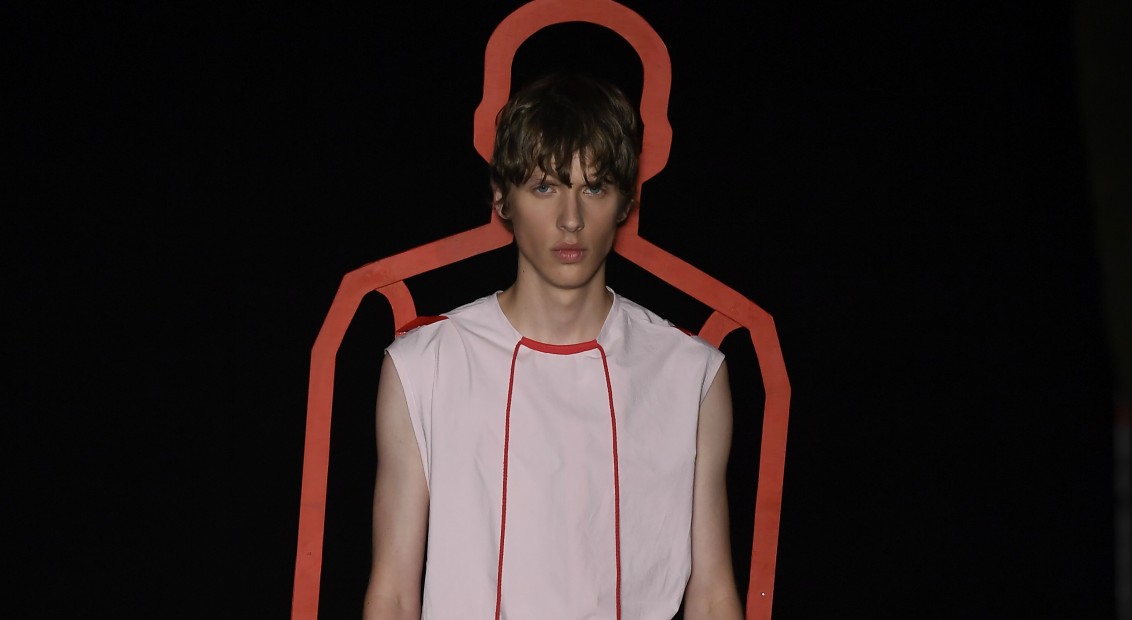 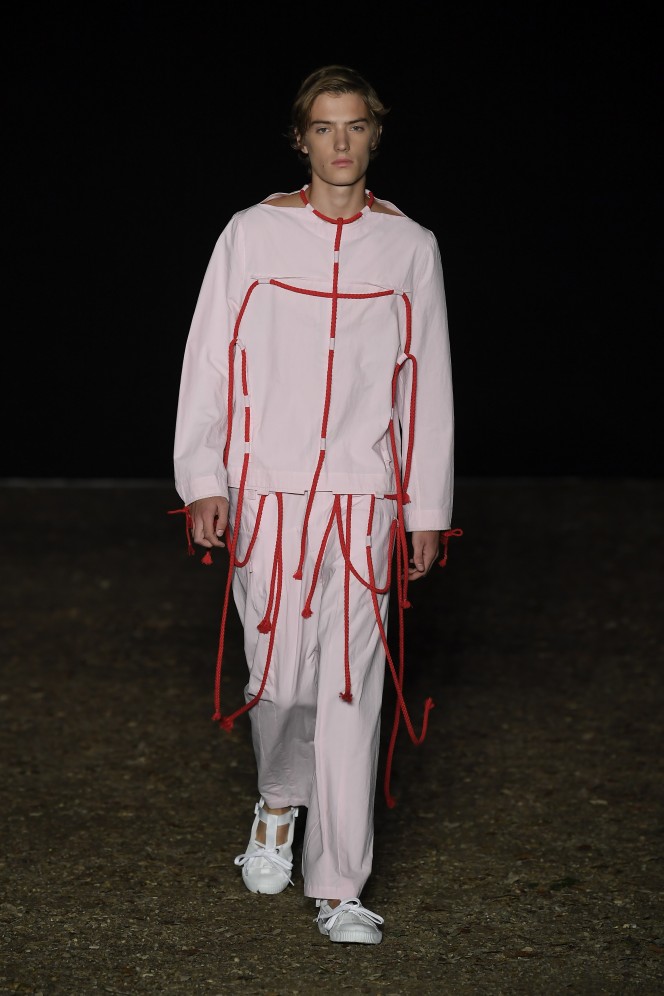 This season, Craig Green’s anonymous travellers found themselves in Florence. Showing as part of the Pitti Uomo schedule, the relocation marked a fresh locale and a zealous stride.

In comparison to his earlier work, this collection was about Green exploring and expanding beyond his own archive. “Polar re-imaginings of established codes marry on a single plane of thinking, with the aim of achieving harmonies more vibrant and multifaceted than previously explored,” read the show notes.

Staged at the statue-filled Boboli gardens, the location seemed entirely fitting as abstract sculptures made in collaboration with David Curtis-Ring traced the outline of models’ bodies.It all stemmed from a photo Green had found of a woman who, due to the shadow of the person beside her, appeared to have a halo around her.

Pastel-hued looks bound by Green’s signature rope fastenings in red were both vulnerable and violent. As for his multicoloured creations, they were a textural delight: the pieces were made in conjunction with Nike, marking the first time the sportswear giant’s Flyknit technology has been used to make clothing.

Conversely, the designer’s all-white formations – which appeared layered yet translucent – seemed supremely ethereal. Green told WWD that these pieces drew inspiration from the uniforms of policeman and surgeons, as well as cleaners’ tabards: “they’re the modern-day saviours or angels,” he said. An homage to life’s unnoticed heroes (otherwise known as ‘quiet batpeople’ for all The Thick of It fans), it’s this ability to elevate clothing to such subtle yet emotive levels that truly shapes Green’s niche.