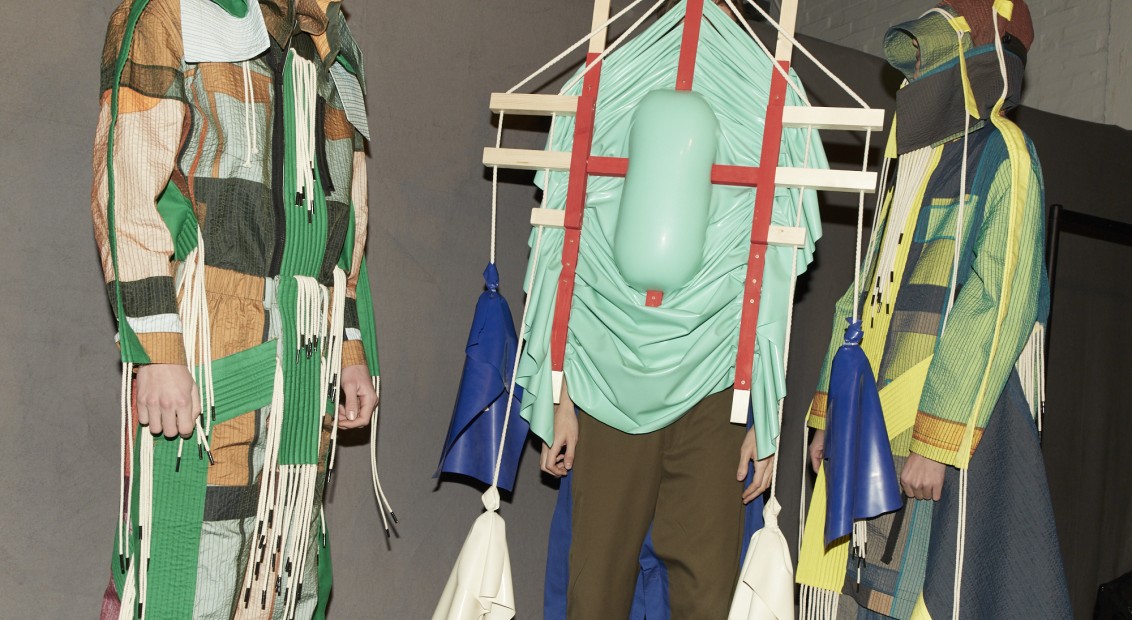 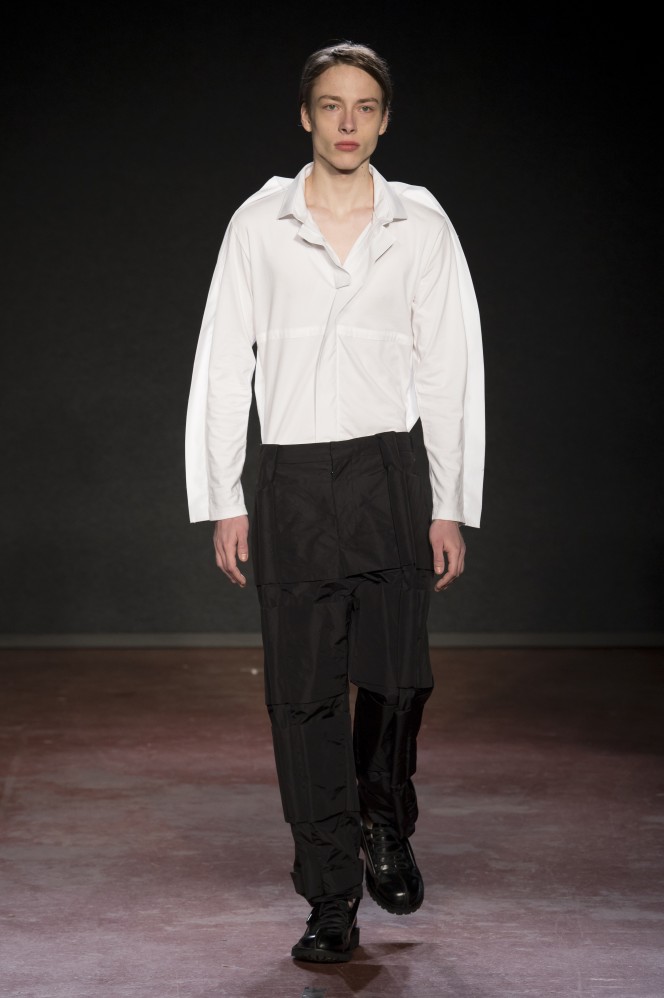 Craig Green dresses the male body like few others. The heavy, sweeping tapestried coats, trekking sacks and bulky sculptures are heaped onto models like a burden. This season’s offering centered on the worshipped sense of duty ascribed to masculinity, and moved between two contrasting visions of heroism. Talk about carrying the weight of the world on your shoulders.

The first was done through codes of adult uniform: the neat short-sleeve shirts and satchels and boiler suits. They were all tailored with contrast fin panels to outline the body. With this, Green says he intended to “embolden the silhouette to represent once idealised moulds.” It gave that cookie-cutter visual. In neutral colours, the poplins sat away from the models, ill-fit, and irrelevant to the body beneath.

As the collection marched on, “the weight of reality begins to lift”. Green’s wearable wooden vessels made an appearance once again – they’ve had cameos since his graduate MA collection at Central Saint Martins – this time they were broken down and draped in latex to obfuscate the face and body. The second half was filled with these kinds of wildly impressionistic silhouettes that seemed to melt and blear in their longline drapes. Fringe trims of drawstring laces served to look cool and evocative in motion rather than serve any of the utility from their former life. It was a freer and purer gaze on masculine strength, but still one that depersonalised the man beneath in favour of fantasies and distant expectations. The finale was played out with Van der Graaf Generator’s House With No Door. Prog rock is one of the only genres that manages to feel at once wistful and optimistic – very few things can pull that dualism off at all, really. Craig Green’s show was another exception to the rule. 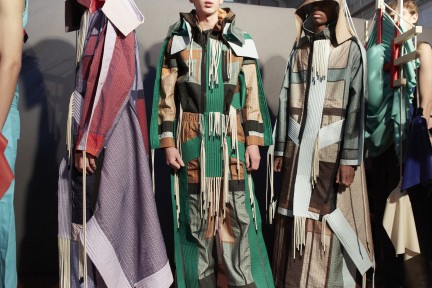 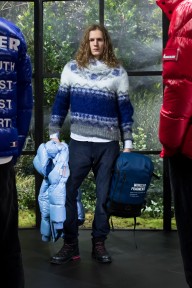 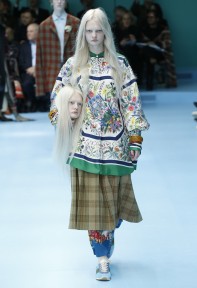 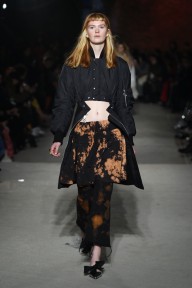 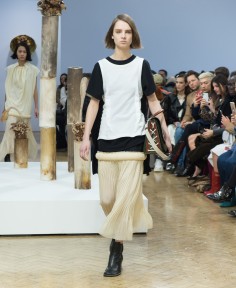 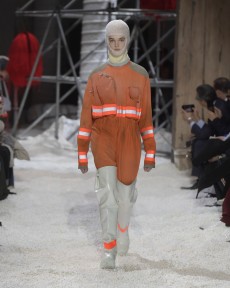 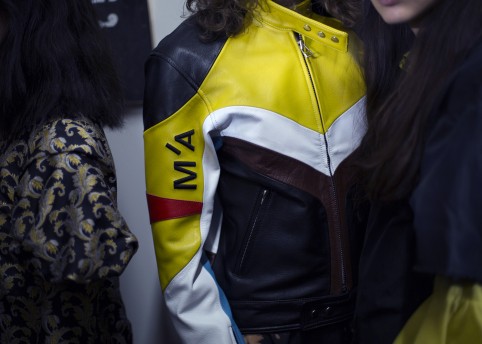 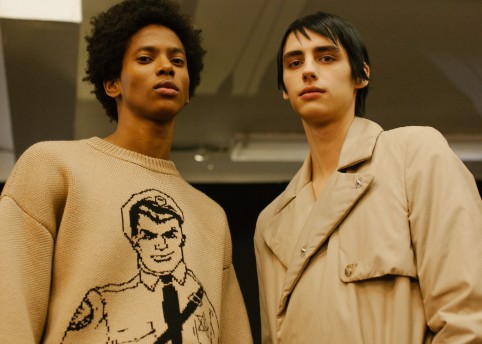 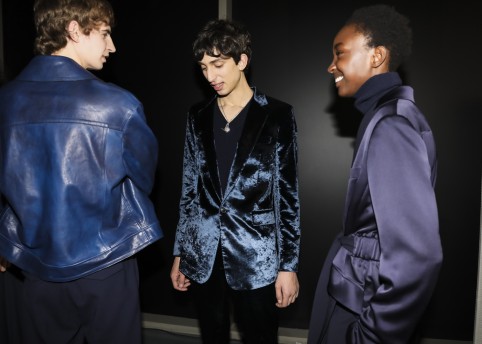 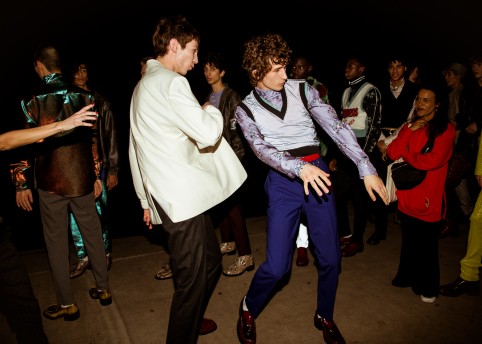 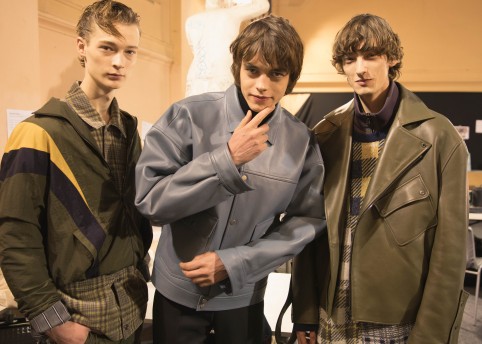