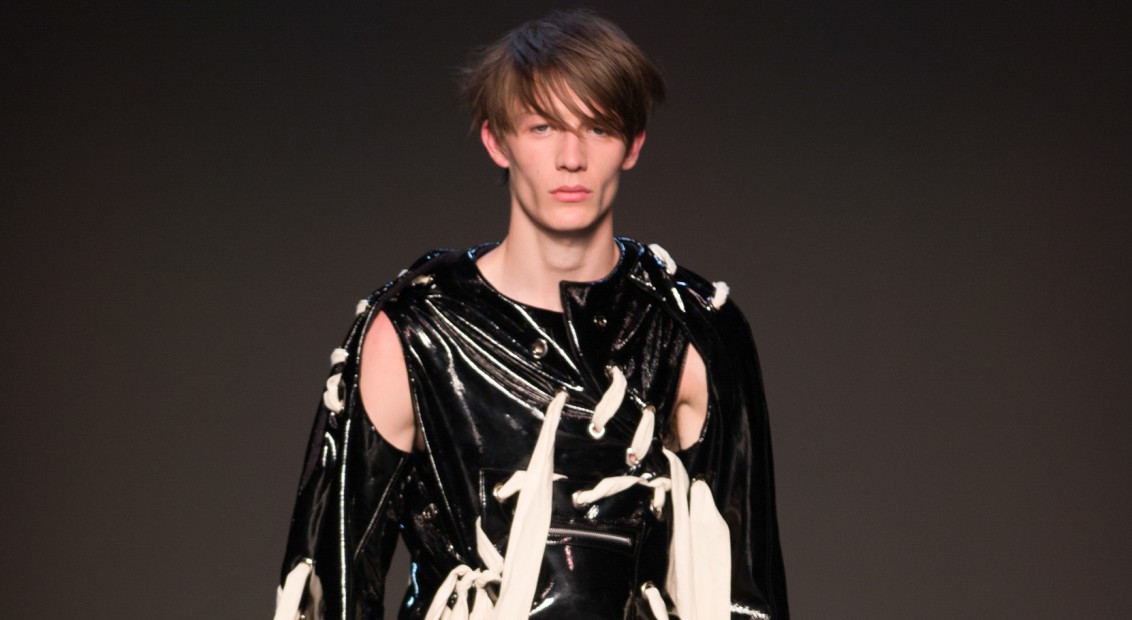 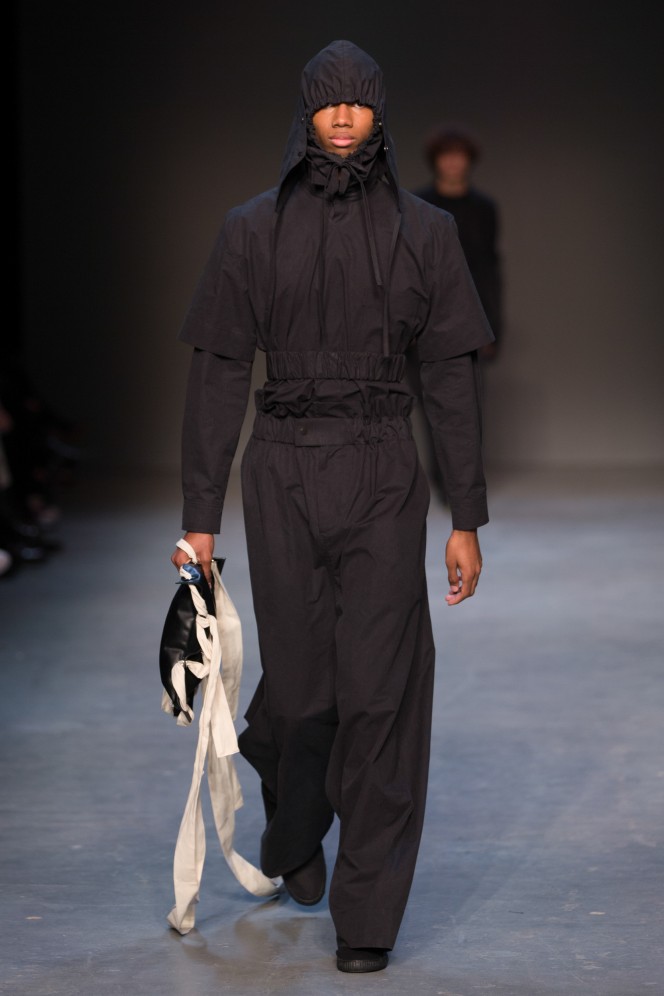 The boys at Craig Green’s shows always walk with a feeling of unity. Togetherness imbued by consistent thematic sentiment as much as it is by Green’s knack for a really tight collection. Themes of protection, constraint and freedom have surged through his emotive collections (infamously drawing his audiences to tears in some cases), but this season the feeling of letting go was tangible.

As is key to Green’s ethos, the collection presented itself as a uniform. That of a clan of dreamers, their story developing from one look to the next. From the offset there was earthiness via tones of sand and a khaki shade of Green’s namesake colour. One boxy, foresty woollen jacket was finished fuzzy as if made from moss. Gone were the chemical blues and reds of recent seasons and where the fabric engineering of choice might there have been twisting or buckling, here it was cinching and bunching, waistbands and swinging straps elasticised and suggesting more give than ever. Before we’ve seen tops cut to expose a perfect circle around the stomach, here hoods were drawn tight to show only a small ring of face. Dreams of the mind, sheltered from the elements.

They wore their memories, emitting the sense of experience through tarnishing and ageing techniques, faint embroidered flowers finishing some. Undone rows of buttons criss-crossed torsos and shoulders, repurposing traditional methods of simple closure into impressive silhouettes. Pillowy and rusty in tone, segments were pieced together like soft armour, while black leather counterparts hung off bodies with looped ties flying.

London born and bred Green has his work in the permanent collection of the V&A in London and the Metropolitan Museum in New York. No mean feat for a designer who has only been showing at LCM a handful of seasons. His followers are devout, his creed set in stone. But in succumbing to dreamland this season, his formulaic charm has eased into stride.