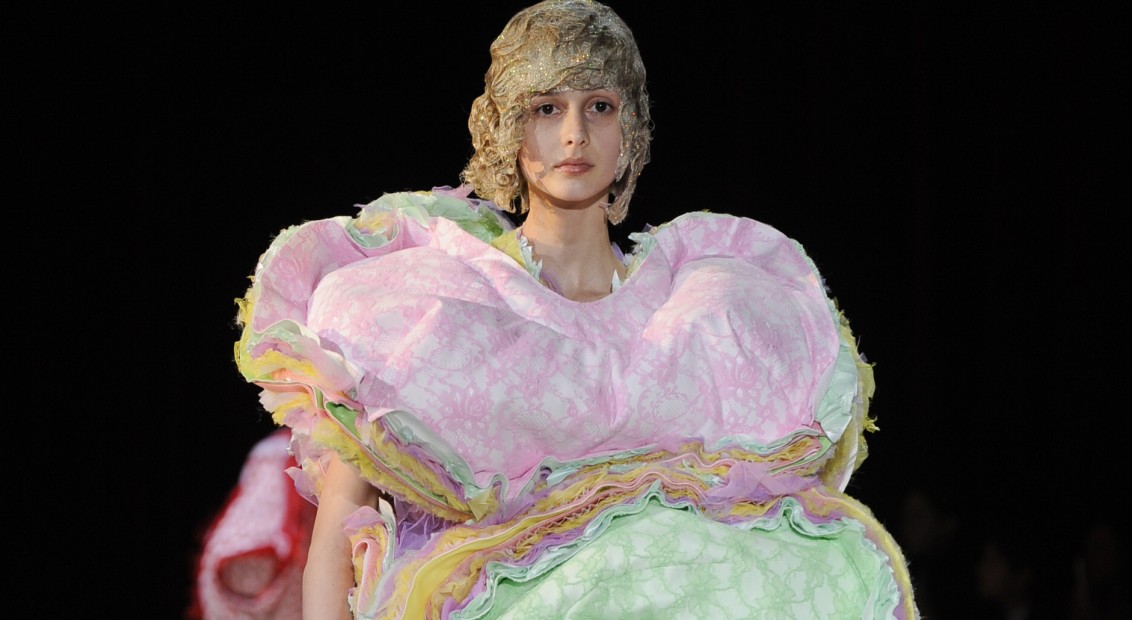 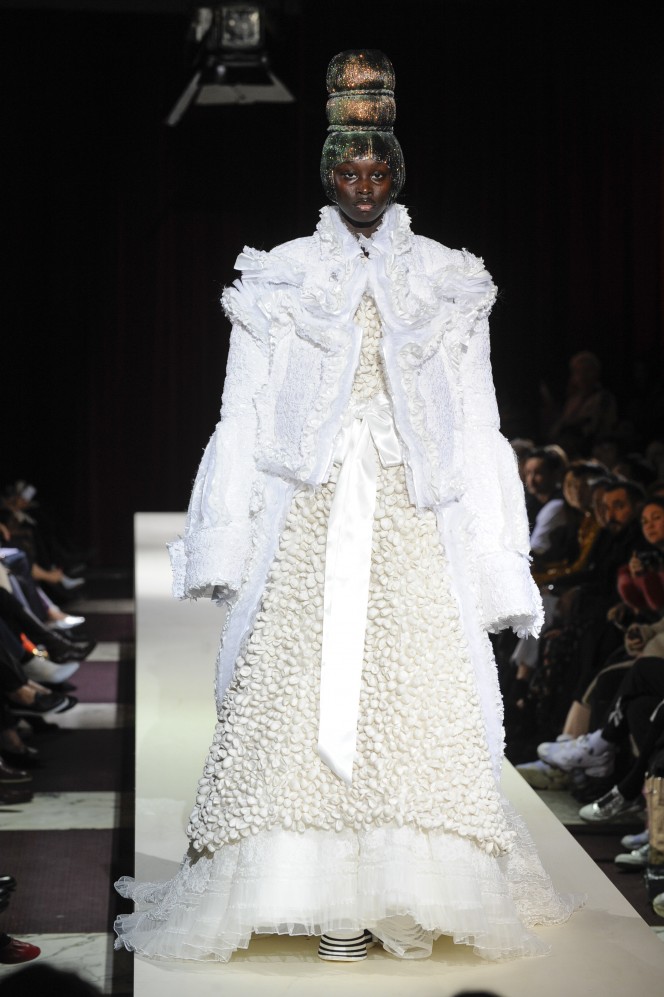 Comme des Garçons has always sought to test sartorial boundaries. Whether that be in the form of abstract silhouettes or obscure printing techniques, Rei Kawakubo’s vision has become an enduring and seminal force in the fashion universe – and often beyond.

Given its reputation, many have questioned why the brand has been so far behind when it comes to casting a diverse lineup of models. But the fashion world is now abuzz with talk, because for the first time in over two decades, dark-skinned models were enlisted to walk the Commes des Garcons FW18 show.

With hair piled atop their heads or fashioned into1920s-style glittery bobs, BAME models kicked off proceedings. Based around the concept of what it constitutes to be ‘camp,’ – and riffing on Susan Sontag’s 1964 essay, Notes on Camp – Kawakubo’s creations were theatrical to say the least. “I think camp can express something deeper and can give birth to progress,” read her show notes, as women dressed in giant polkadot-covered structures traversed the runway.

Voluptuous and out of this world; sixteen looks, each one wild, loud and utterly fabulous. There was the CDG bride in swathes of lace, the one that looked like a creature from the depths of Blue Planet, with its coral-esque patterns and strange pointed hood, the one that resembled a pile of laundry, finished with white ruffles, and one particularly mega look that resembled an explosion in a desert factory – and we mean that in the very best possible way. Designs that looked like deconstructed futuristic flowers also appeared alongside punk dresses made from oodles of piled tulle – a common feature of a Comme Des Garcons collection. Whatever world these designs populate; we require a one-way ticket, immediately.