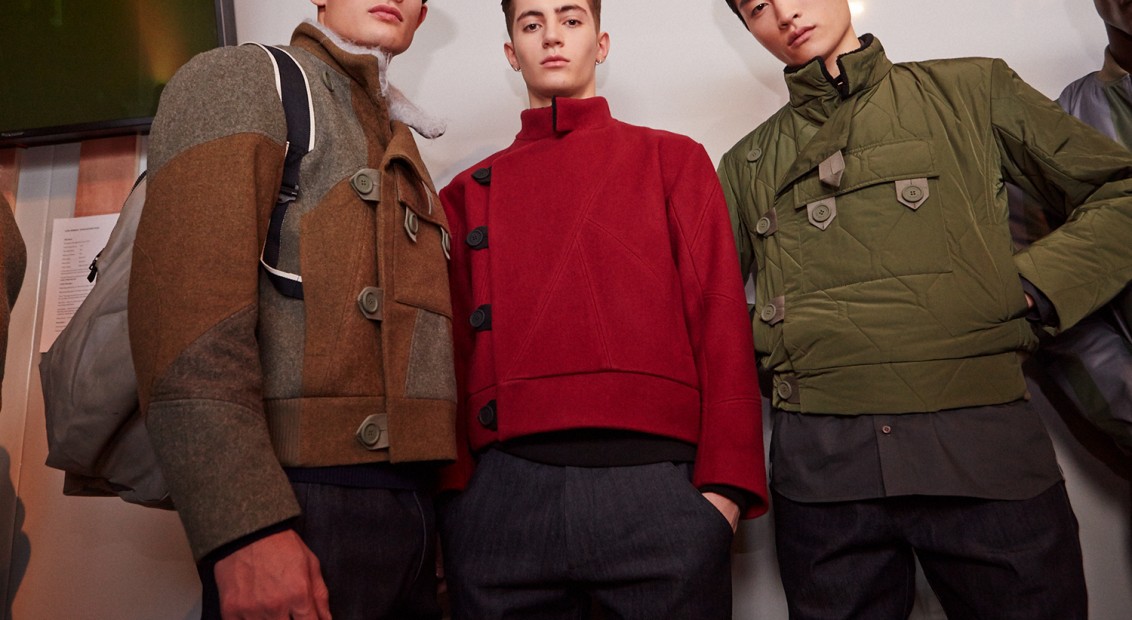 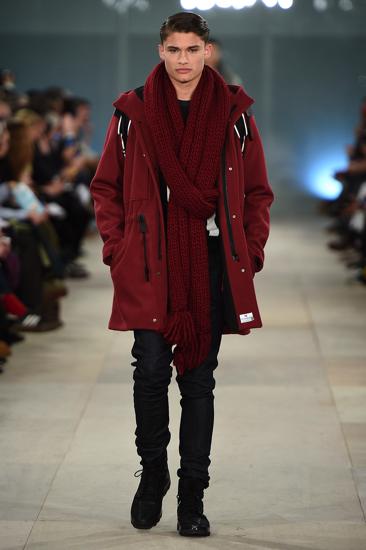 Christopher Raeburn is often preoccupied with notions of adventure and terrain. Last season, he looked to the autobiography of Tom Harrison – ‘The Barefoot Anthropologist’ – to create a collection concerned with the environmental and cultural framework of Borneo.

This time around, Raeburn selected Mongolia as his destination of choice. Once again, Dominic Harwood was behind the soundtrack – atmospheric tribal noises set the scene. As outlined by the show notes, the garments were created in a “dynamic seasonal palette” of slate greys, rich cranberry and washed khaki –  as Raeburn drew inspiration from the Mongolian Steppes and the traditional dress of the area’s nomadic herders. Another visual homage to the nation came in the form of a Snow Leopard print, which was emblazoned across jumpers.

Overall, the collection was predominantly casual – a combination of chunky knits, dark washed jeans and utilitarian jackets. The standout pieces were the oversized “shredded snow camouflage ponchos”, which had more than a few audience members craning their necks for a better look. 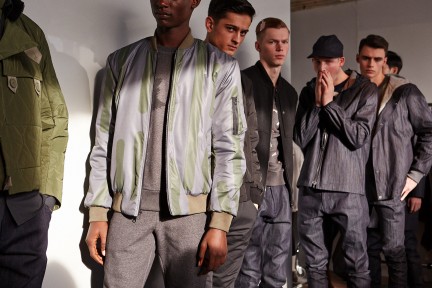