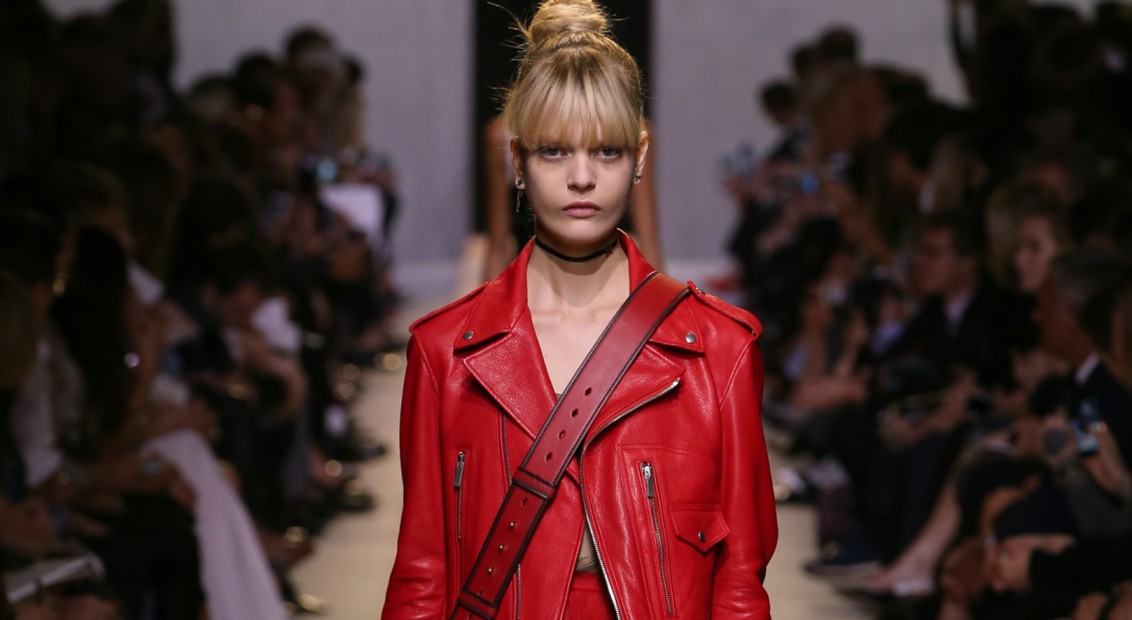 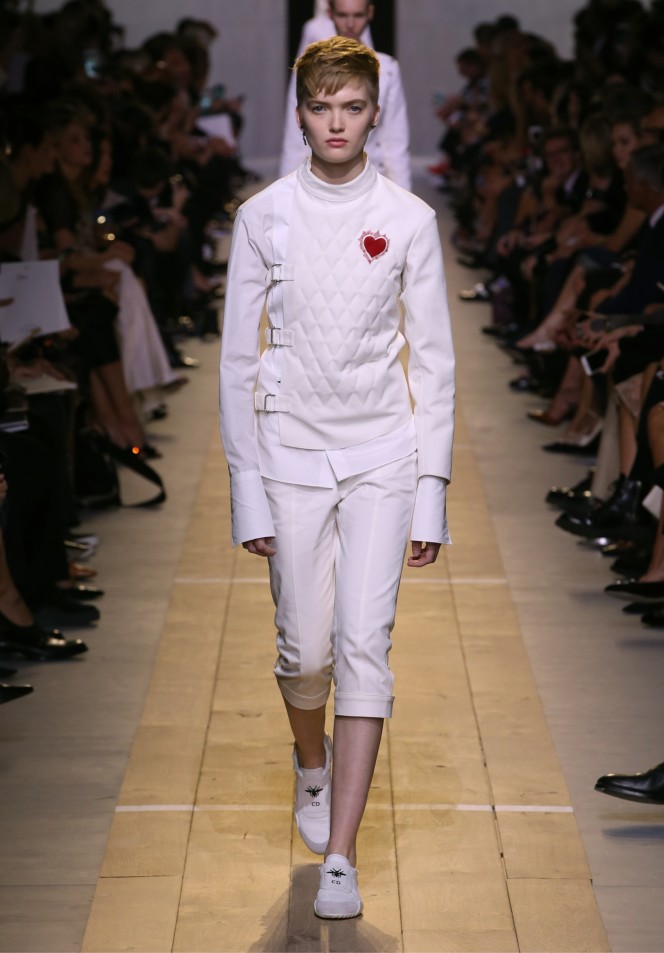 It’s always a moment when a storied fashion house welcomes a new designer to the helm. But last night, as Maria Grazia Chiuri made her debut as the first female designer to head up the house of Christian Dior, it was a moment. For, from its revolutionary post-war New Look to its lavish late 90s theatrics, this is a house steeped in the vast language of women’s style, and Chiuri makes history as its new queen.

It was fitting that the designer riffed on fencing, a traditionally male pastime, for her first collection. Though the earliest books on the sport were written in the mid 15th century, it wasn’t until the 1924 Olympics that a women’s division in foil (the fencing weapon most often used in training) was introduced. And so, Chiuri employed a playful tête-à-tête between traditional male and female tropes, balancing slim line pants and flats with strapped vests, and padded jackets with light and full tulle skirts. Shorter hemlines were grounded with knee high lace up trainers.

There were hat tips to Monsieur Dior himself, in Chiuri’s take on the bar jacket (rebooted in cut), and the little leaf and bumble bee embellishments (referencing Dior’s love of all things botanical). But also essence of Raf Simons in the minimal code of clean, sports-infused lines; John Galliano in the love heart embellishments that patched otherwise plain dresses, and their ‘Christian Dior’ scribed straps. In stead of solely drawing from the legacy of the house’s founder, Chiuri nodded to the layered history of this numerous successors to formulate a fresh new DNA.

Chiuri, who replaced Simons’ in the role, is known for her feminine aesthetic at Valentino, where she previously worked alongside Pierpaolo Piccioli as dual creative director. A bold red dress marked the show’s mid point, and gave way to a second wave that heralded that dressier ethos. Out came more tailored trousers and jackets, paired with pretty embroidered dresses that turned the focus to construction in their exposed modern boning at the waist and bust. Tulle skirts became fresh when styled with t-shirts that read ‘dioRevolution’, vocal with We should all be feminists’. Meanwhile, envelope bags read ‘J’aDior’, a clever play on the Galliano-era fragrance, ‘J’Adore’. Both soft and sharp, strict and casual, there was chic energy afoot.

The last looks were looser in both cut and accent, with a series of sheer dresses decorated with celestial embroideries of love hearts, angels and star signs. Worn with those hardcore fencing boots, they aligned femininity with strength, a duality that has always defined the Dior woman – one that Churia is ushering confidently into a bright new era.