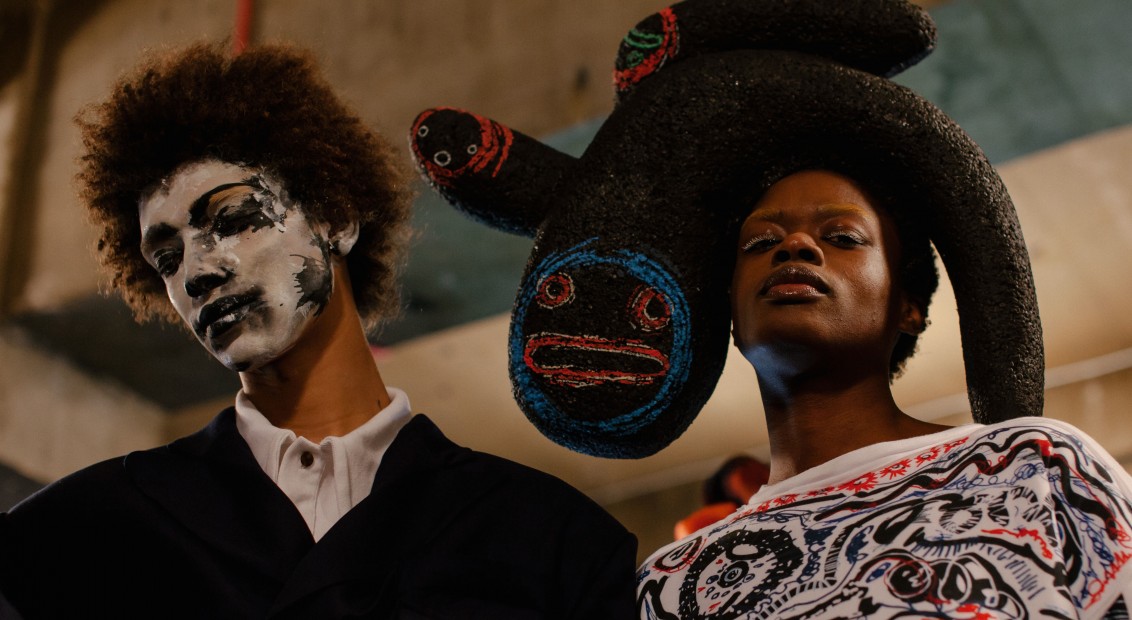 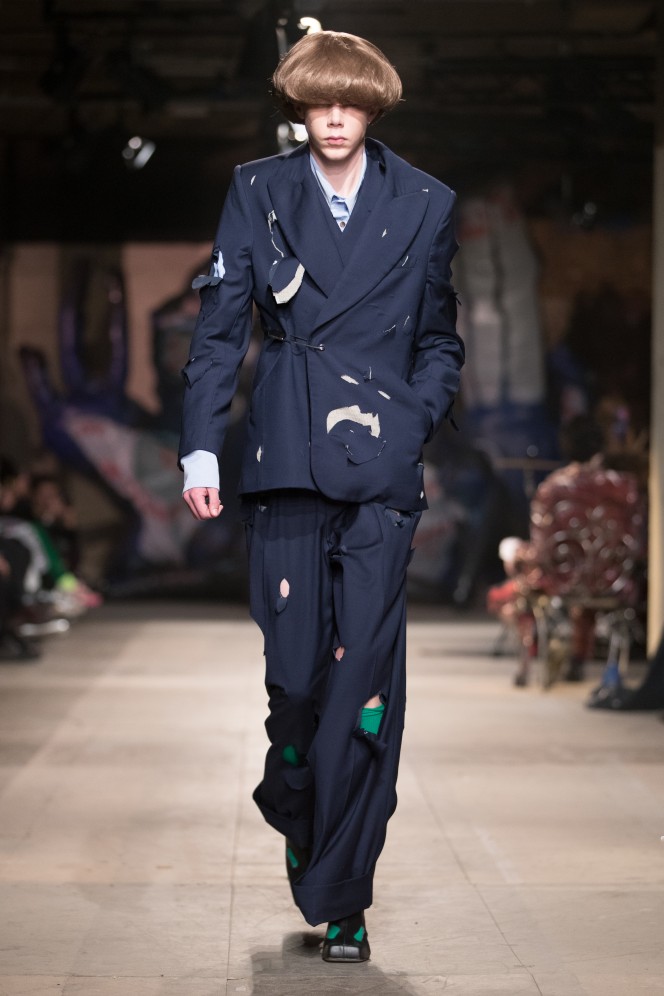 A gut-wrenching shriek rang out as guests were still taking their seats. What followed was an incredible, immersive performance from the Theo Adams Company, who appeared like characters from Michael Jackson’s Thriller, only Jeffrey-fied (ie. trousers split down arsecracks, boobs out, tutus ripped, DIY outfits splattered in paint and faces distorted, cracked and wrinkled with what looked like a pvc second-skin). Here were the personifications of our negative thoughts, our anxieties, our depression, our worries and inner strife. As they ran, stomped, crawled and danced across the catwalk they screamed obscenities, tormented, snarled and flipped the bird to everyone and anyone in a visceral act partially inspired by artist Claes Oldenburg’s groundbreaking 60s happenings.

These existential personalities all stemmed from a moment of personal reflection that saw Jeffrey look towards his native Scotland. “What he found was a sleeping volcano of residual anger that need to erupt with a raging energy; an implacable compulsion to scream and shout from the top of the glen,” read the show notes.

And what a scream it was. One bursting with anguish and inspired by Alan Downs’The Velvet Rage: Overcoming the Pain of Growing Up Gay in a Straight Man’s World, a text that examines “the myth of gay pride and confidence” while addressing the “heteronormative societal pressures on gay men, which after three decades of post-Aids concentration on gay men’s physical health, turns inward to their mental wellbeing,” so the notes explained.

A bell rang. An instruction to those abstract personas and intensities to take a seat and gulp from bottles filled with what looked like blood – and knowing Jeffrey’s uncompromising approach, we’ll absolutely assume it was. A figure in blue body paint appeared and sat behind a drum kit (Blue Man Group, this ain’t), and with his first furious thud kickstarted The Prodigy’s Firestarter.

Cue the collection. Jeffrey’s brilliantly debonair tailoring came via sharply cut suits altered in accordance to each character. Some were slashed and freshly-ripped, some splattered in paint like a Jackson Pollock painting or Kevin Cummins’ iconic Stone Roses image, while others were rendered in the designer’s very own LOVERBOY tartan.

A mash-up of hedonistic flavours, Elizabethan regalia clashed with cartoonish detailing, classic Dior couture shapes walked alongside DIY-slashed silhouettes and Glasgow street staples such as M65 jackets, shearling collars and tan overcoats were put through the Jeffrey machine – deconstructed, reconstructed and reimagined – and came out twisted, mangled, sliced and diced. While exaggerated knitwear stuffed with padding and military-style jackets acted as wearable shields paired with Marlene Dumas-inspired make-up – aka “war paint”. Together, it just worked, in that brilliantly hedonistic style that is totally and undeniably Charles Jeffrey.

As models weaved in and out, those demonic characters previously mentioned heckled, laughed and sarcastically clapped – a reference to the feelings Jeffrey experienced being bullied as a young gay man, and perhaps also a dig at shortsighted views on his designs. But as the finale played out, the tormentors slowly dropped to the floor and Jeffrey’s models stood triumphant in a show of strength – a spirit integral to the designer’s work. 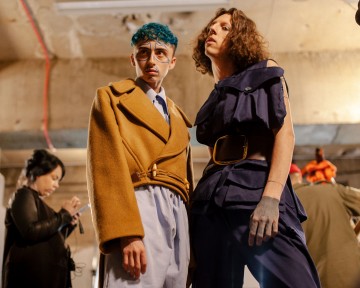