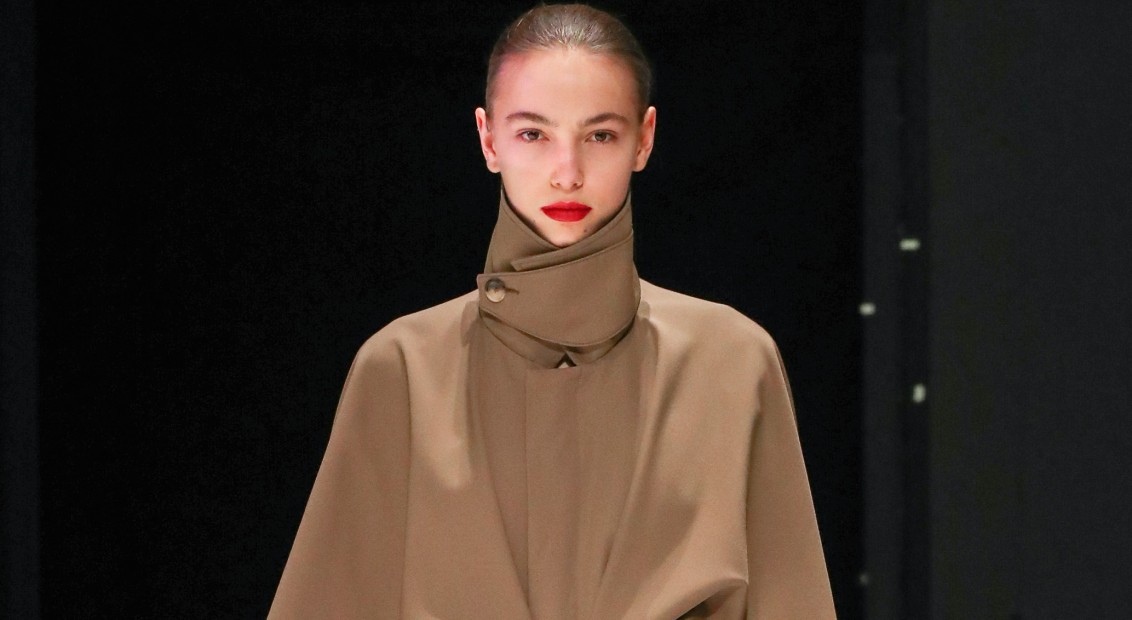 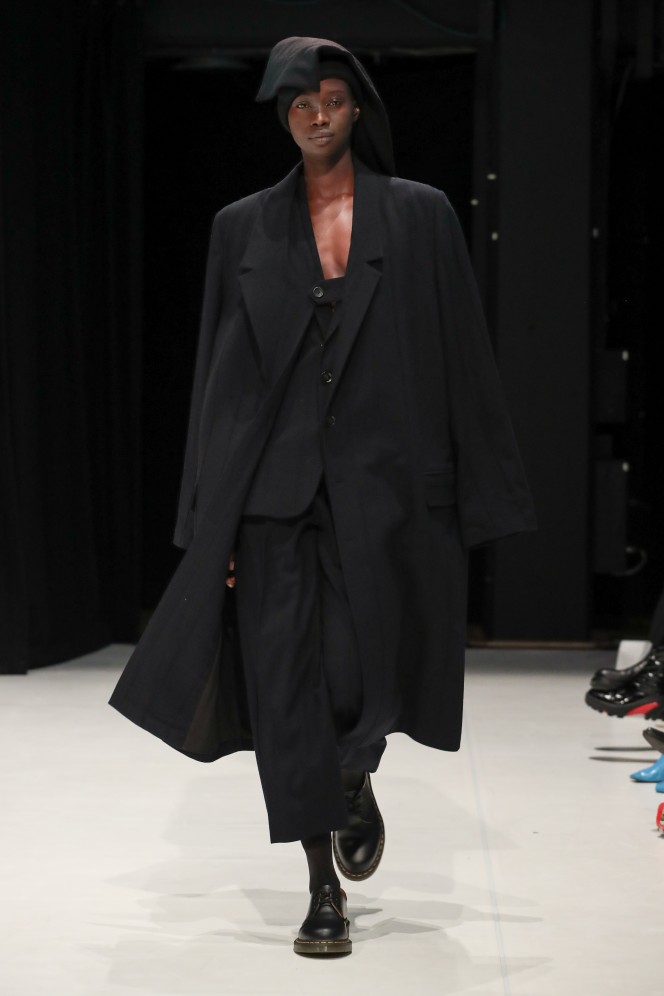 For FW20, Chalayan didn’t just give us a show – he gave us a concert, too. The designer took to the stage of London’s Sadler’s Wells Theatre alongside acid house producer Mark Moore and Dreadzone keyboardist Dan Donovan, performing four original tracks. As he sang, the Google Maps route of his daily commute hovered on the screen behind him, interrupted only by the names of each song.

Conceptually, this marked a continuation of his fascination with ‘dreaming tracks’, walked by Aboriginal Australians to connect themselves to their land. Chalayan reframes this idea through the lens of his own life, bringing the idea of a ritualistic walk into his own world in the city.

Perhaps as a result of this reframing, the collection felt built to protect. Hardwearing, sturdy fabrics like leather and tweed dominated the early looks, becoming overcoats, calf-length skirts and wide-leg, cropped trousers designed to be layered up. Prints drew from Aboriginal dot painting – as they did for FW20 menswear – and a few splashes of colour came towards the collection’s tail-end, when black sheath dresses came with cut-out panels exposing a shock of scarlet beneath.

It was in these looks that Chalayan’s signatures – the abstract draping, the unconventional silhouettes, the ‘minimalist with a twist’ aesthetic – came through most clearly, nailing the avant-garde simplicity that earned his cult following. Yet his impressive musical debut proved that, with Chalayan, there’s always a surprise or two in store. 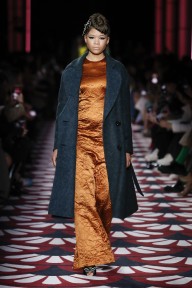 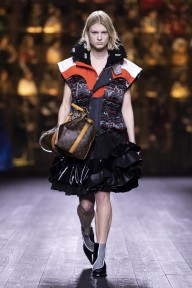 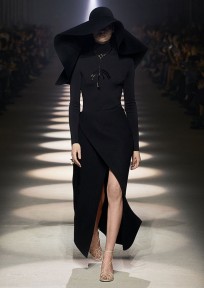 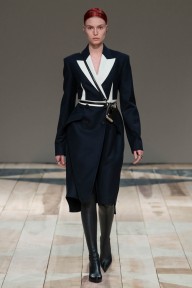 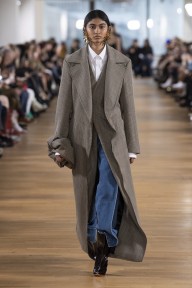 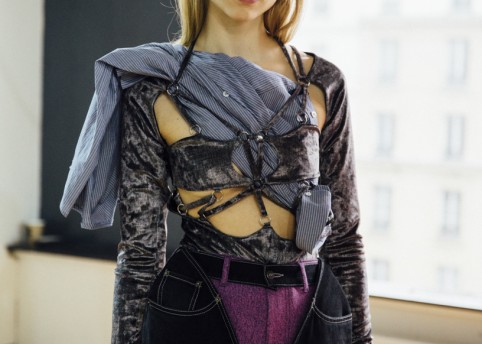 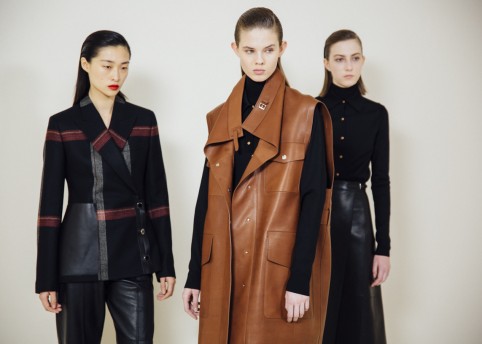 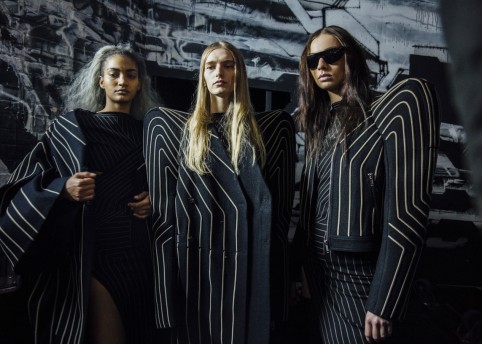 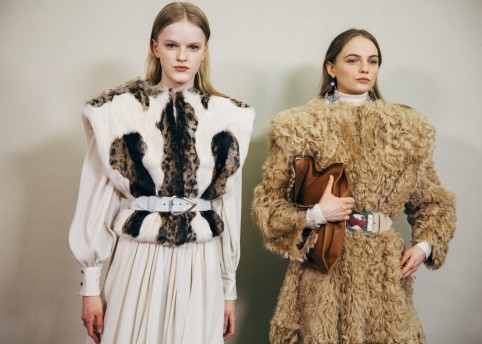 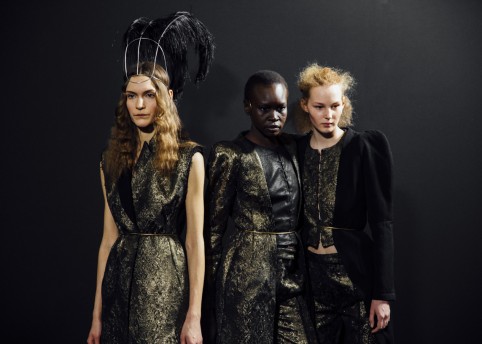