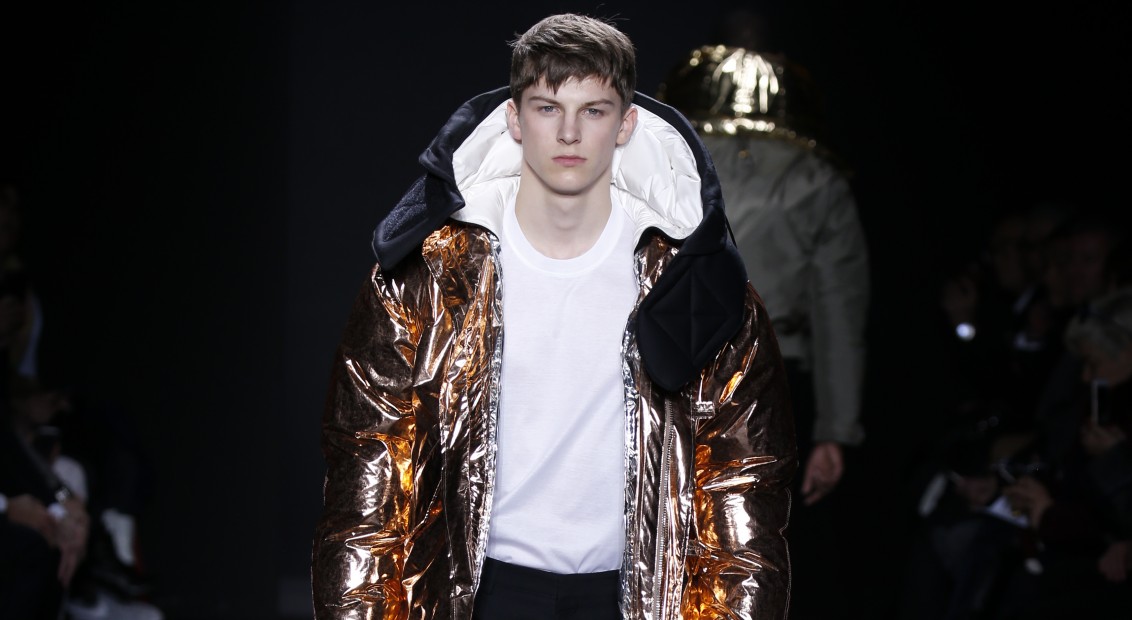 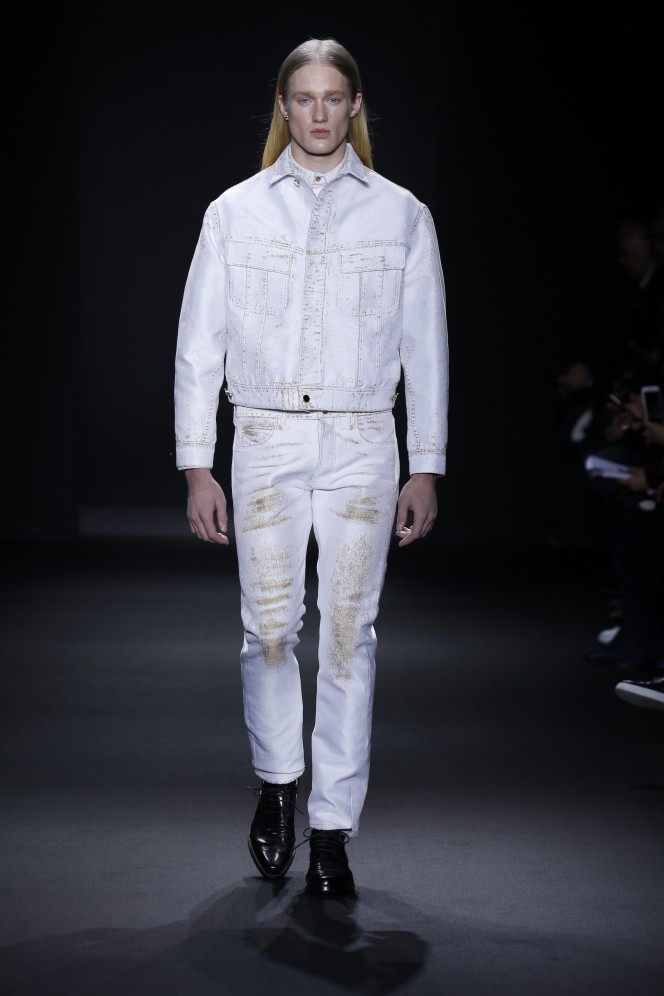 Something cosmic is in the air. It was just recently announced that Yohji Yamamoto and adidas’ ongoing partnership will provide flight suits and boots for Virgin Galactic’s pilots and passengers. And Versace’s show last night was of a space-age source. Italo Zucchelli’s FW16 aesthetic for Calvin Klein Collection seemed to gaze similarly towards the stars, but with the designer’s own inimitable perspective.

Minimalism, a key component of this brand’s creative principles, was rock-solidly present. Silver and gold metallics became the focus, though: painted-denim looks at the beginning were in a crisp white that were brushed and edged with gold, and puffer jackets were in metallics – looking like foil on the outer shell and lining – that were punctuated by tailored suit jackets and trousers in a black and a khaki.

One cropped puffer in silver with gold lining was particularly wicked. Balanced modernism with a galactic edge.