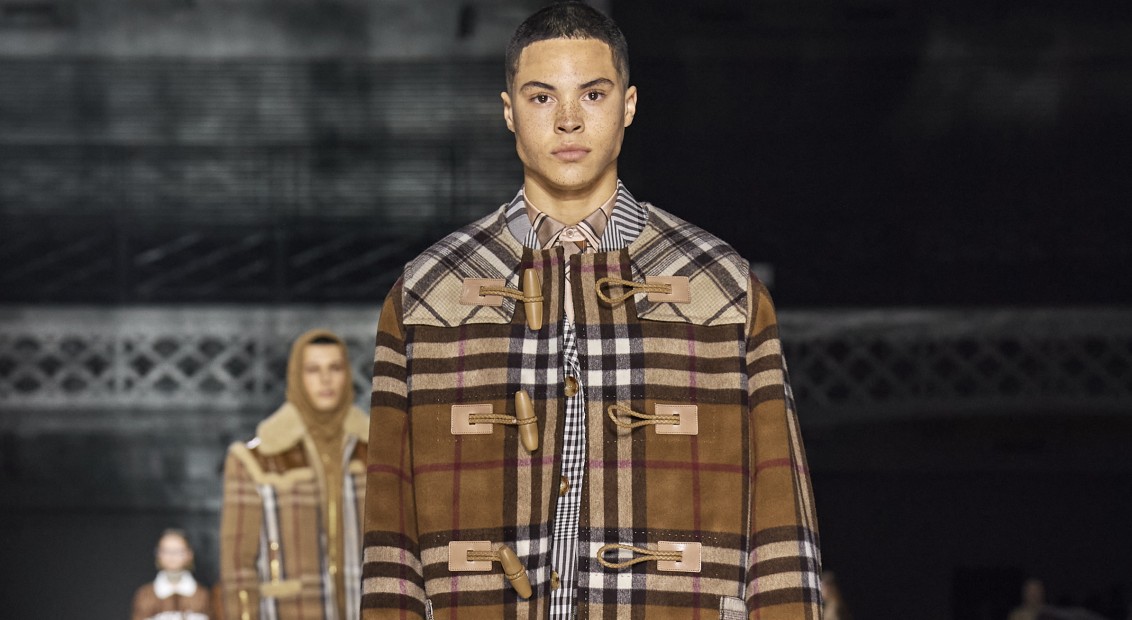 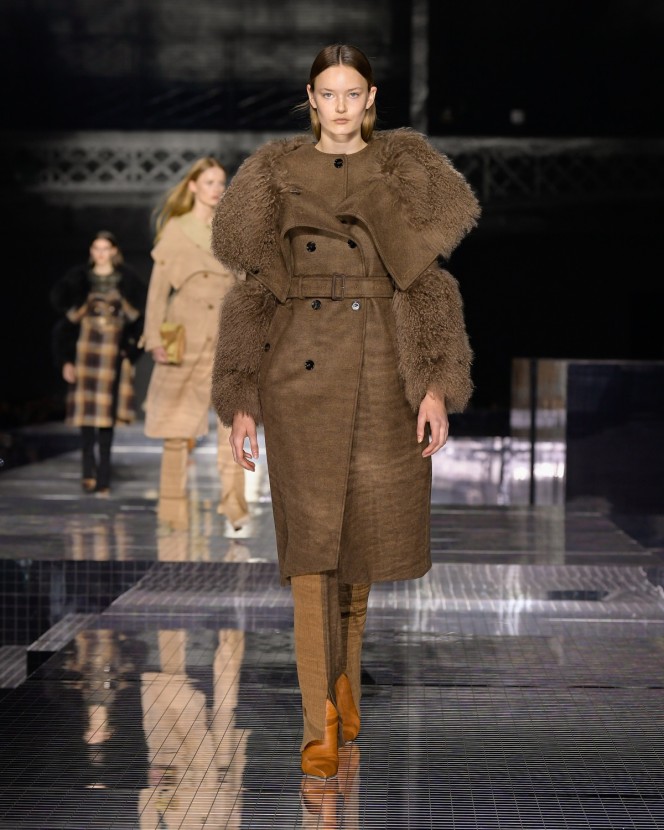 It’s fair to say that Riccardo Tisci knows how to put on a show. For FW20, the Burberry creative director raised the bar and the runway – for a blockbuster night, soundtracked live by Venezuelan artist and long-time Björk collaborator, Arca, who played piano alongside Katia and Marielle Labèque. These dreamy soundscapes set the tone for a collection themed around memories – specifically Tisci’s own recollections of finding his feet as a young designer.

Now, his signatures have been reworked through the Burberry lens. Classic trench coats came in rich, brown suede with shaggy detailing, and the label’s distinctive shades of beige were transformed into long, collarless outerwear and graphic, checked blouses tied loosely at the neck.

Notably, Tisci created his first full collection back in 2004, during a spell spent living in India. The loose silhouettes and floaty fabrics of the collection’s first half felt like a nod to the country, as did the pastel blue silk sash, which cinched together a double-breasted suit. London was also cited as a key inspiration, informing the city-ready puffers and duffle coats. Even the classic polo shirt got a high-fashion makeover, its white collar attached to a metallic bronze, pleated body.

An all-star cast – including everyone from Bella and Gigi to Kendall and Joan – took to the mirrored runway, marking the latest in a series of shows to be certified carbon-neutral. As for the looks, they gradually become more deconstructed: a slashed trenchcoat here, a keyhole cut-out there. It was a literal translation of Tisci’s own process of pulling apart house codes, and sewing them together in a way which bore his DNA.