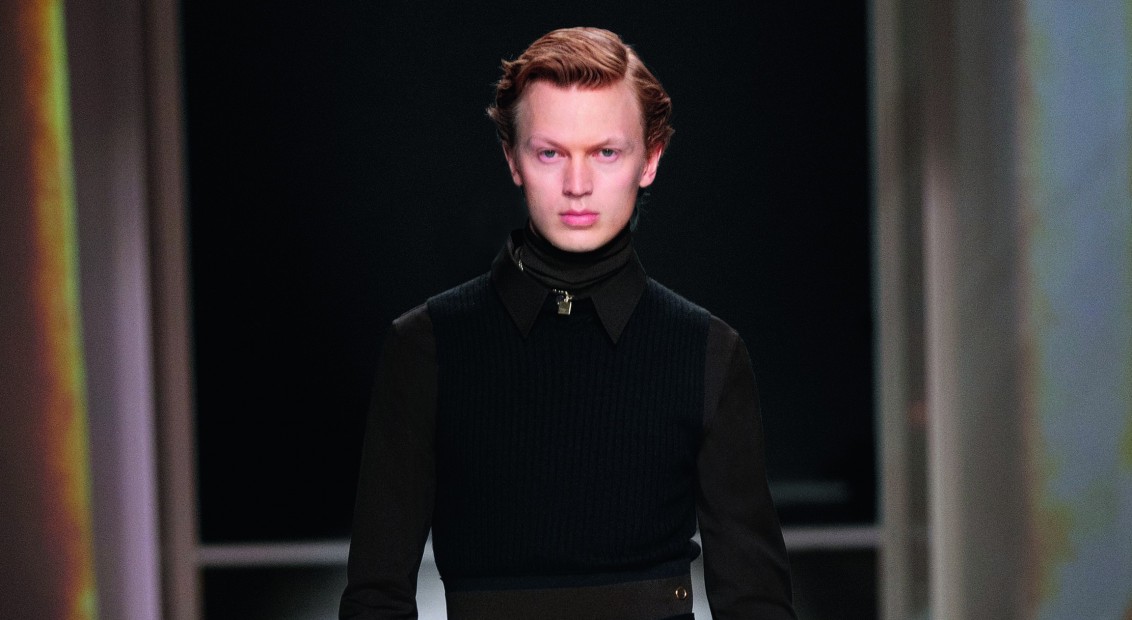 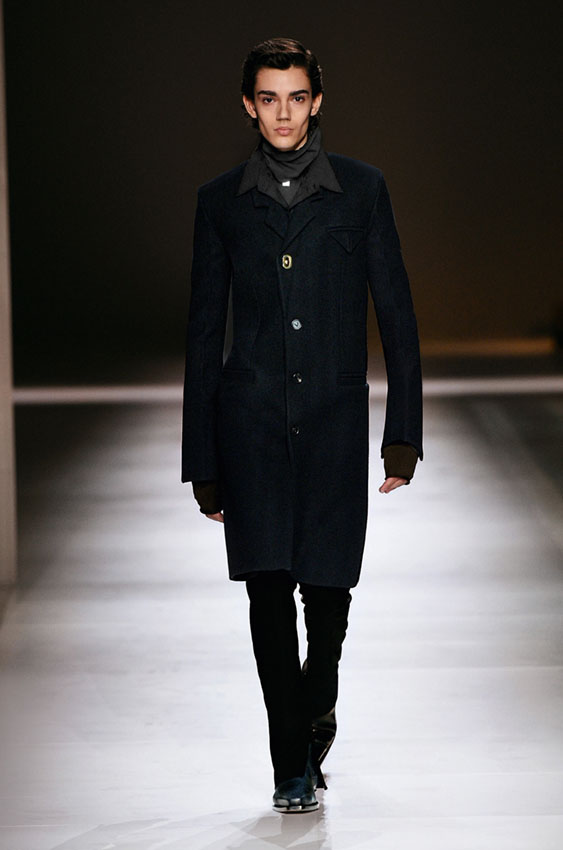 When Daniel Lee was appointed at Bottega Veneta back in 2018, he outlined a desire to bring elegance back into fashion. In just three seasons, he’s done so brilliantly. Not only has he accelerated profits and earned unprecedented industry acclaim, Lee has updated the Italian house – known for its butter-soft leathers and intricate intrecciato weave – and turned it into a Milan must-see.

The show notes of the FW20 co-ed collection promised “sublime evolution” and a “modern disruption” of house codes. A series of opening looks demonstrated this idea in practice: kiwi-green shirts with elongated sleeves crept from underneath tailored black jackets, whereas the brand’s signature clutch came dripping with fringed leather. Long, sequinned dresses were ruched and teamed with flat, chunky boots,while ribbed knits were sheer enough to glimpse colour-contrasting fabric beneath – which merged seamlessly at twisted necklines.

The prevailing aesthetic was one of utility mixed with glamour, which perfectly embodies the way we dress today: with the rise social media in particular, every day feels like an opportunity to dress up. By blurring these lines – between day and evening, menswear and womenswear – Lee embodies a distinctly modern approach which, if the industry’s response is anything to go by, looks set to determine the fashion blueprint of the future.