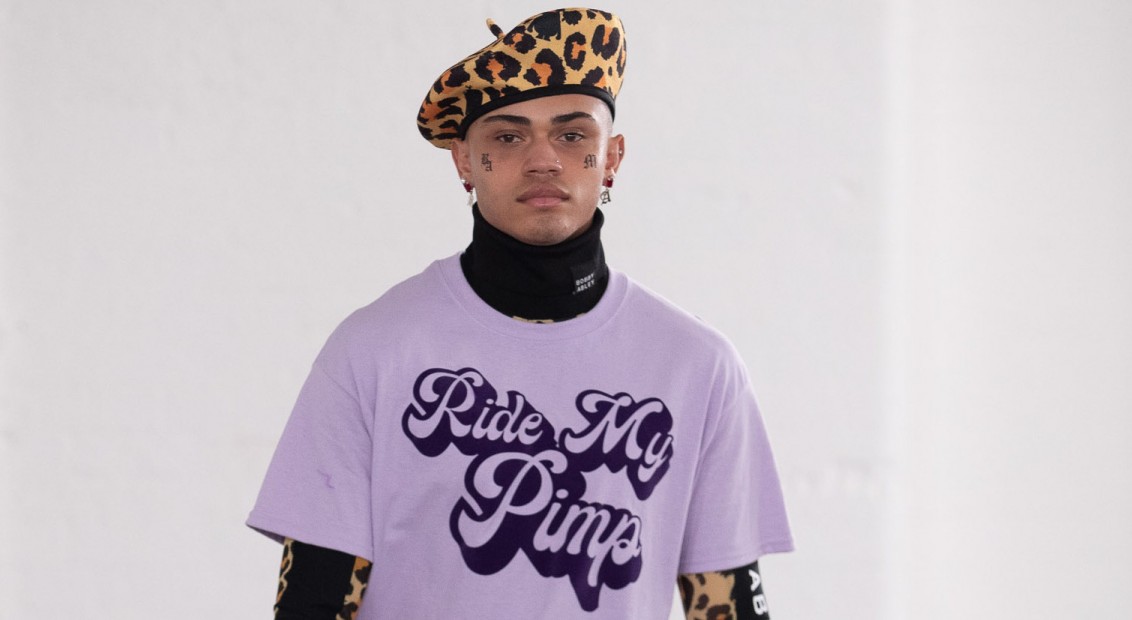 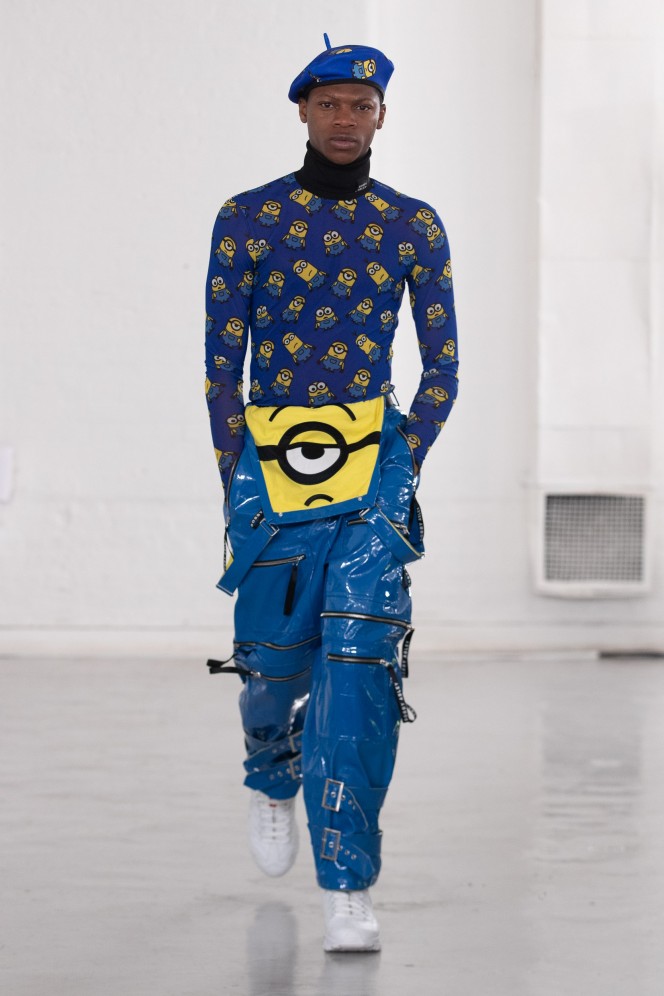 From Looney Tunes to Disney mascots, cartoons have long inspired Bobby Abley’s collections. For FW20 – his second co-ed showing – it was Despicable Me‘s ubiquitous minions that stole the spotlight, even making an appearance at the show’s climax as Abley ran out to take his bow.

From neoprene camo to silk and denim, the yellow figureheads made their way into a series of the collection’s prints – and their faces adorned sweatshirts with extended sleeves, which hung down to models’ knees. Other looks were themed around the idea of villain hang-outs – graphic snake prints symbolise Chinese restaurants, boiler suits nod to the mechanics’ garage – and in terms of silhouette, the early half of the collection stayed true to Abley’s signatures: relaxed fit, bold colour and instantly recognisable motif.

The designer also dedicated the show to his late grandmother Madge, who passed away weeks before. In tribute, he incorporated pieces from her wardrobe – including her pearl necklaces and favourite handbag – nodding to her legacy in a subtle but poignant way.

A handful of highlights – like a strapless, purple vinyl mini-dress with feather detailing, and an off-the-shoulder leopard-print midi-dress – also indicated that Abley is becoming more experimental with his womenswear, inspired in no small part by recent collaborator Christina Aguilera.