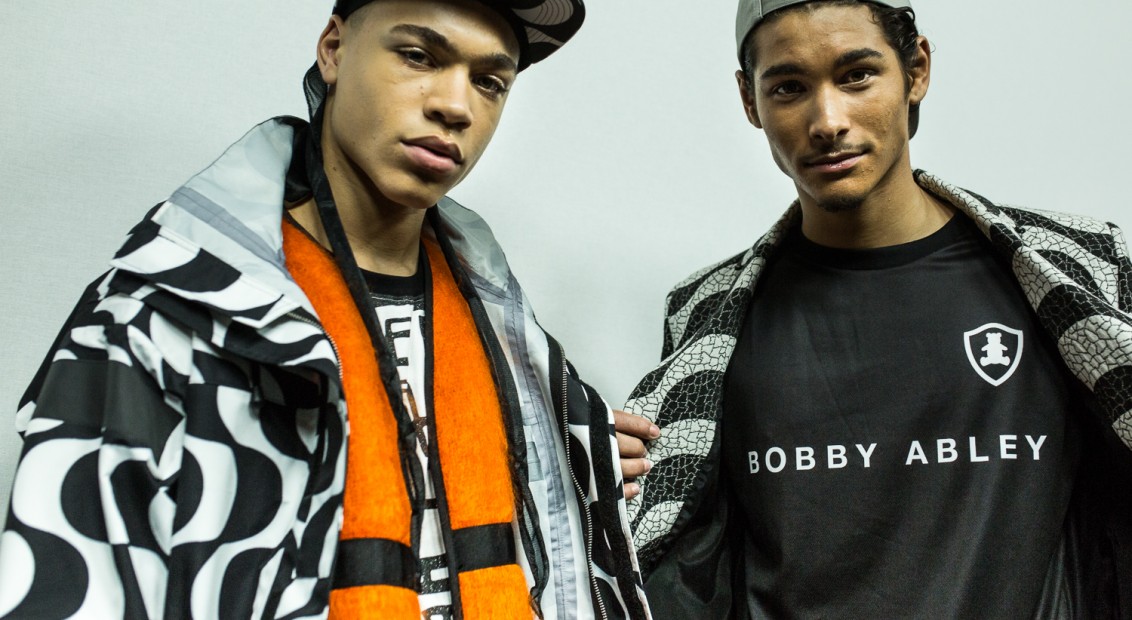 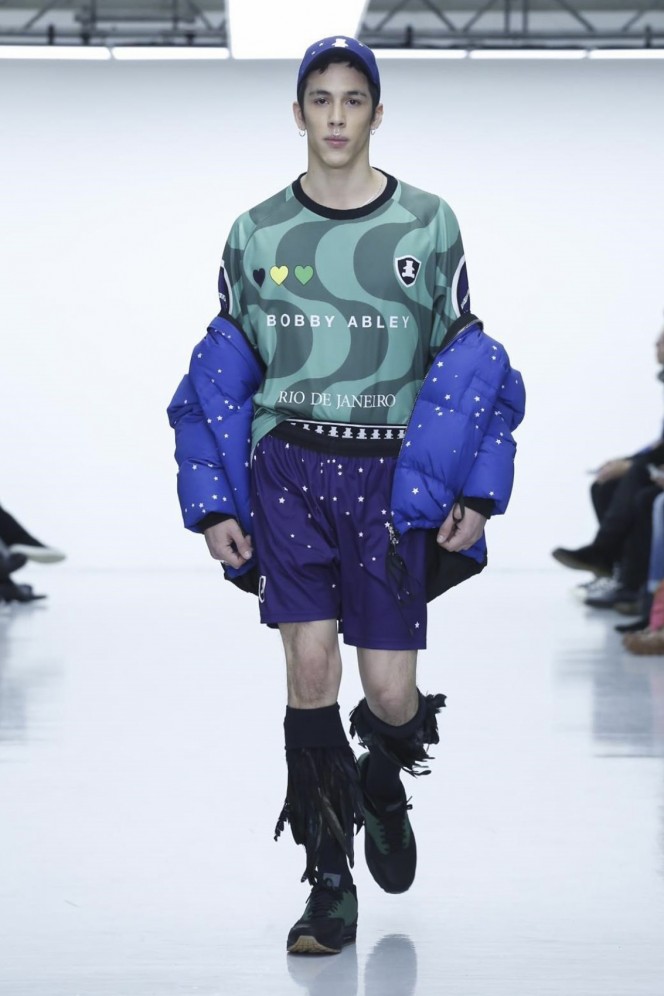 Disney and Bobby Abley have developed a close relationship over the years with cameos from prominent characters a core part of his aesthetic; FW16 continues that partnership but with a focus on Rio de Janeiro, finding influence from the country’s samba-fuelled nightlife and geographical locations. (And, of course, Donald Duck and parrot José make an appearance).

“[Special thanks to]… all my Brazilian hook-ups, dates, flings and relationships” read at the bottom of the show notes – a clear indication of what really inspired him. Which makes sense: one blue, mohair jumper held one of Abley’s memorable slogans, “I [heart] Xtina” (referencing Christina Aguilera – her Twitter handle is XTina).

The mohair was a key fabric throughout: ‘Mickey Mouse’, red shorts, a lime-green tank top with the word “BRAZILIANIZER” embroidered across it, an orange tracksuit and another long-sleeved, orange, cropped-top that paid look-alike homage to Christina again. Bobby’s Brazilian boys were a hit.