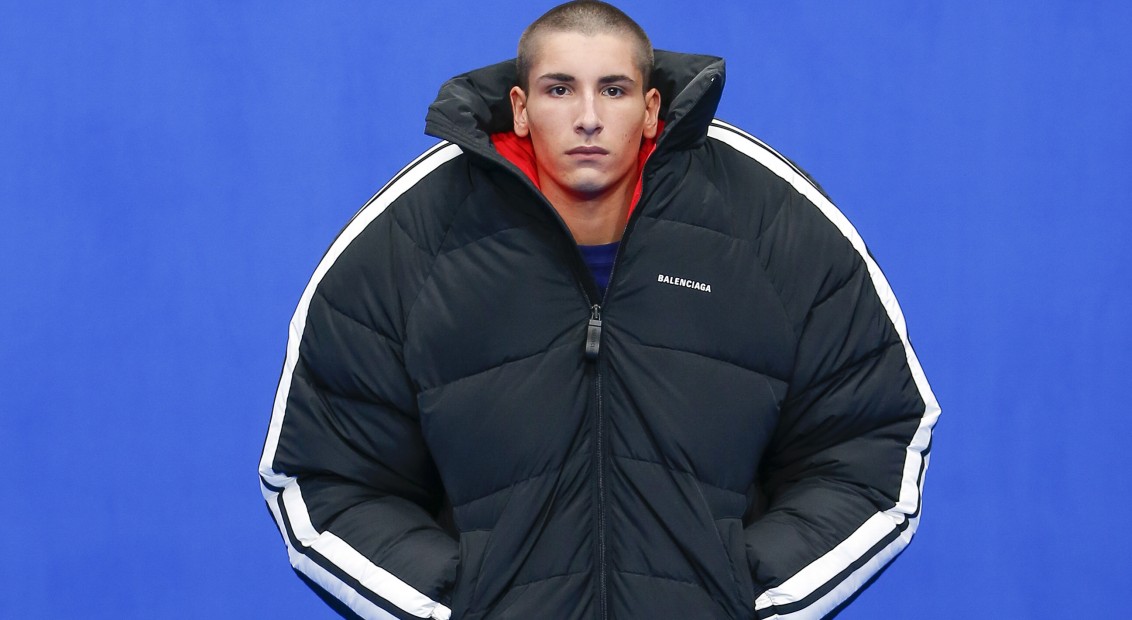 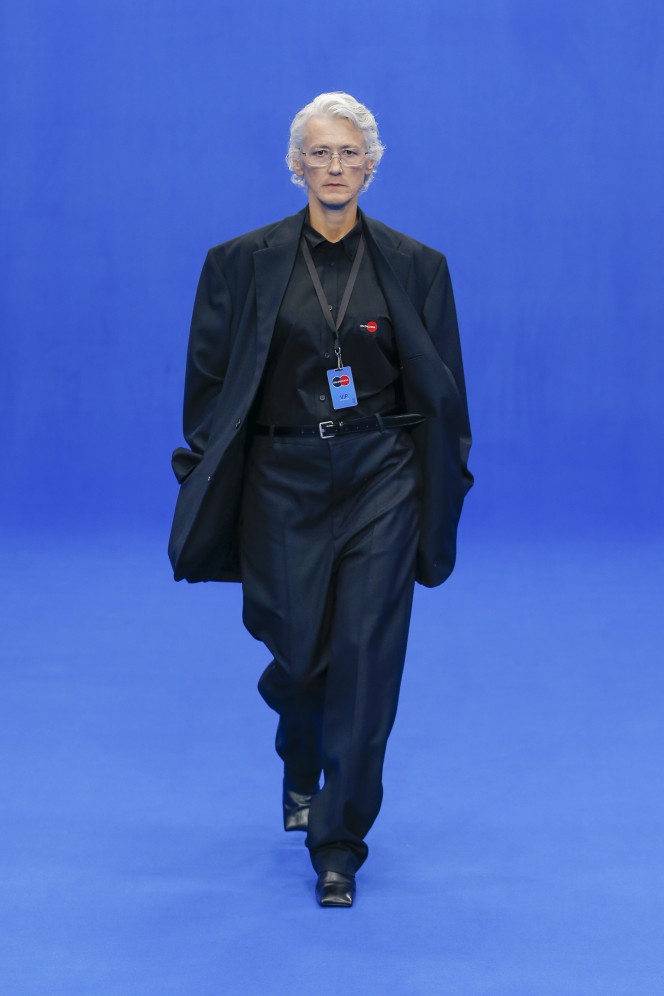 In the weeks since Demna Gvasalia announced he was leaving Vetements for good, all eyes have been firmly fixed on Balenciaga. Since joining the luxury house in 2015, his visual blueprint has been stamped all over the collections: from unconventional, oversized silhouettes to the elevation of super-cheap items to high-fashion status, his signature aesthetic has sparked the sort of brand revolution that the industry so rarely sees.

Within Gvasalia’s idea of a parliament setting – an entirely blue auditorium that more resembled a UN meeting than a catwalk show – the designer’s playful blur of street and uniform was given further backbone. Having studied the deliberate wardrobes of politicians on the campaign trail, Gvasalia offered his own winning formula: sharp-shouldered blazers and slogan staples were in abundance, while Instagram-ready looks bore ‘BLNCG’ branding; others read ’18+’ and ‘X-RATED’, keeping in line with the tongue-firmly-in-cheek aesthetic that Gvasalia can’t help but toy with. Bright, splashy florals and iridescent metallics occasionally broke up the collection’s largely somber colour palette, as did the flashes of neon which come in the form of latex boots – a new update of the wildly popular spandex versions which dominated editorial just a few seasons back.

As the show progressed, so did the extremity of the silhouettes. Jacket necklines crept way above models’ heads, and one jet-black look shrouded the body entirely, relying partially on an exaggerated ruff and matching, oversized hemline ruffle. Models of all ages – presumably street-cast or plucked from Gvasalia’s close circle of muses – walked the runway, which felt fitting: for this designer, here are the true world leaders setting a bold new constitution. 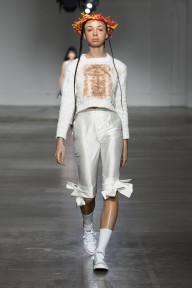 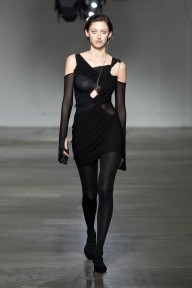 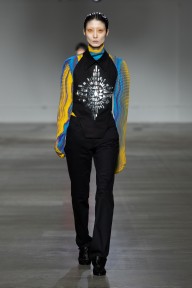 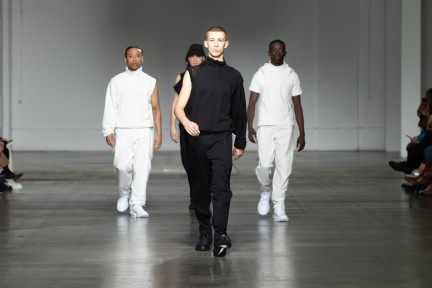 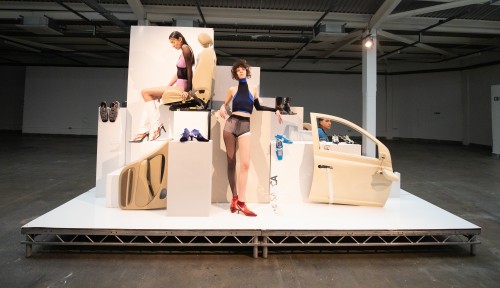 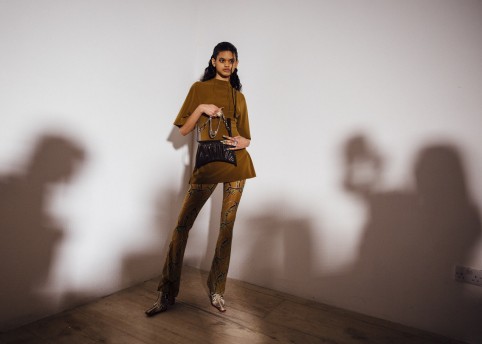 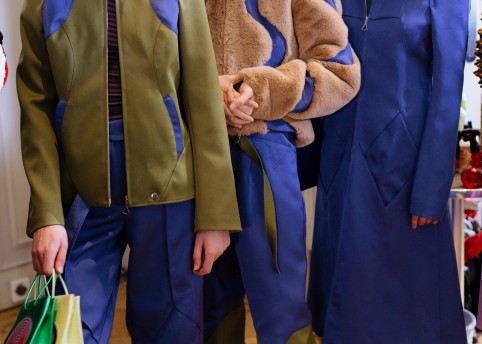 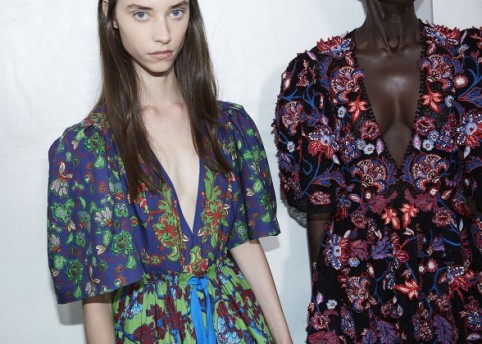 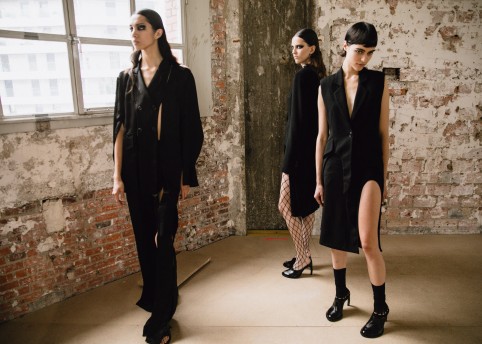 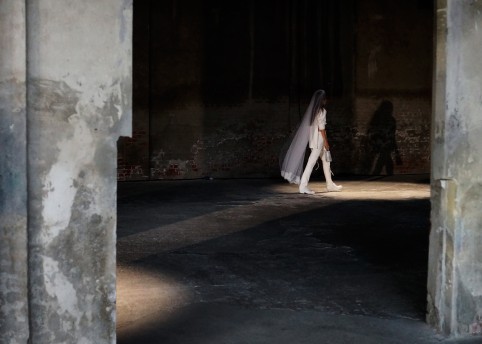