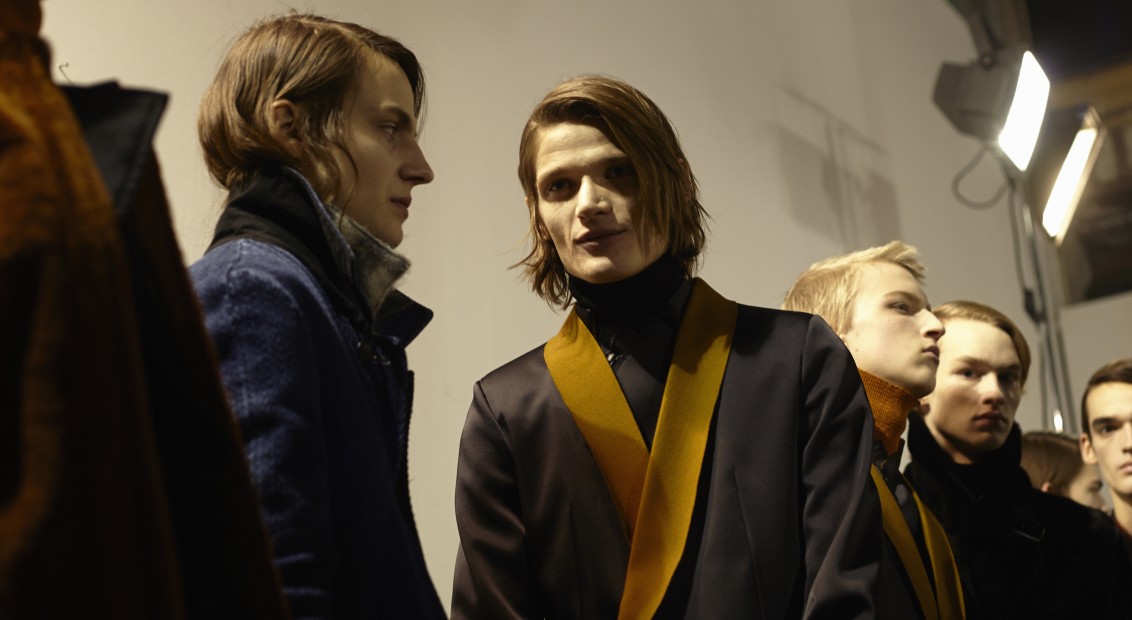 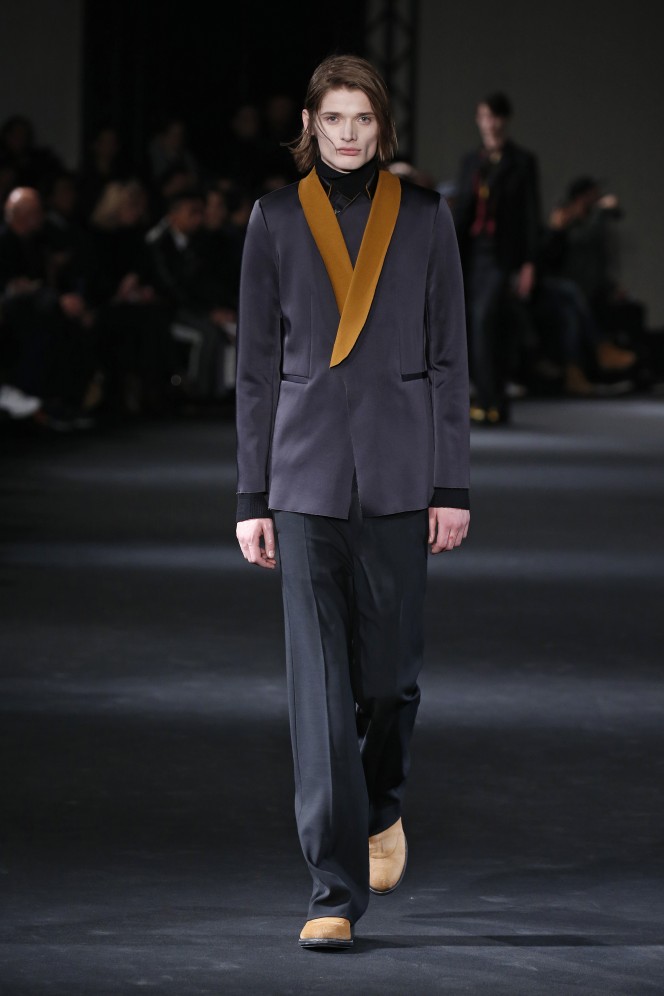 Since taking over from Ann Demeulemeester in 2014 Sebastian Meunier has been gradually, at times almost imperceptibly, asserting himself. ‘Softly softly’ must surely have been his mantra. While the label’s womenswear has stayed fairly true to previous Demeulemeester form, the last few mens collections have demonstrated aesthetic departures from his former boss. Last season’s use of colour blocking was seen as a particularly decisive yet well balanced shift into new territory.

If SS16 edged forward, AW16 was balls out. Opening with a series of modern takes on the smoking jacket, the colour palette felt like a continuation from last season, with the tone taken down a few notches to read autumnal. Turquoise, teal, camel and a scene-stealing burnt orange were characteristic of the most memorable pieces.

By the fourth look, something strange happened – denim. A possible first for the label, this wasn’t just a subtle use of fabric; it came in the form of a cropped American style blue jean jacket, and arguably was the true beginning of what was, for many, a most surprising show.

The collection’s seventies influences became obvious with the introduction of an oversized shaggy roll neck, complete with black vest layered over the top. These continued with a mid length denim coat, faded checks and camel vest and trousers. Then the hair – wafting out from necklines (not attached to models’ heads) it felt both vintage and punk as a design element. Meunier continued to play heavily with texture throughout, creating tactile pieces using mohair, suede and a heavy alpaca silk blend. As a result, warmth almost radiated from certain pieces.

Silhouettes were mostly relaxed with loose, wide legged trousers over heavy boots. But despite all the design departures, the romanticism often associated with the brand was still present. The subject of the dandy, much-loved by Demeulemeester herself, was key in this collection with waistcoats, calf-high boots and rich fabrics. The designer explained afterwards that this collection was an ode to the modern Adonis and a soundtrack of classical music helped to evoke the tone.

Meunier has consistently demonstrated his loyalty and reverence for his former boss, staying true to the brand’s DNA for a respectable amount of time. Whether or not this season’s further shift has been successful is very much in the eye of the beholder. But regardless of the outcome, this was surely one of the more unexpected collections in Paris so far. 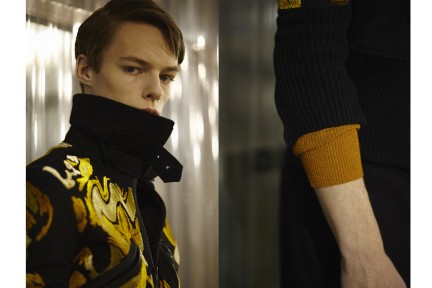