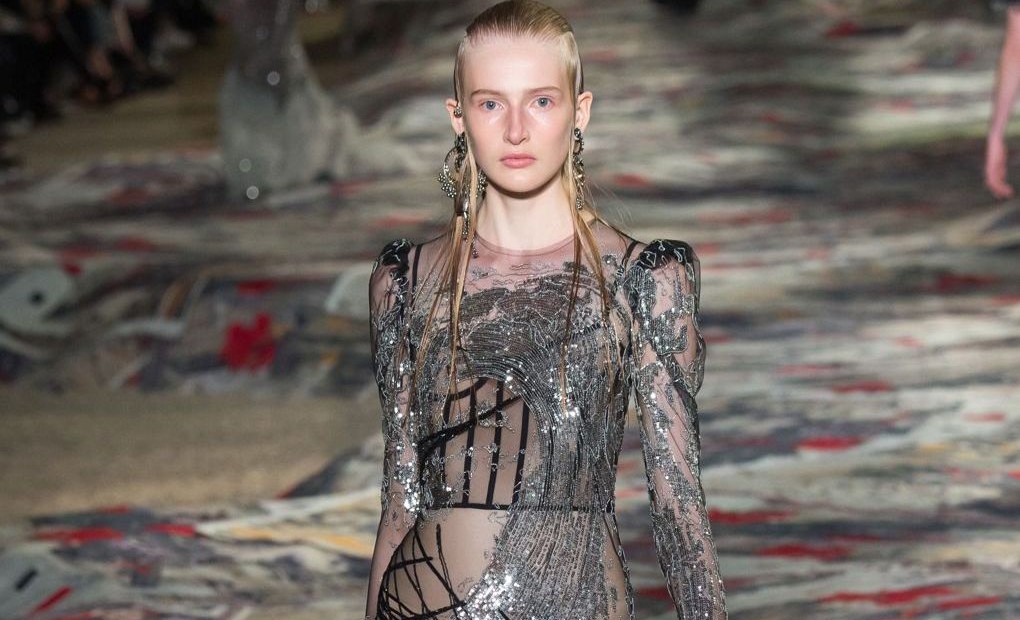 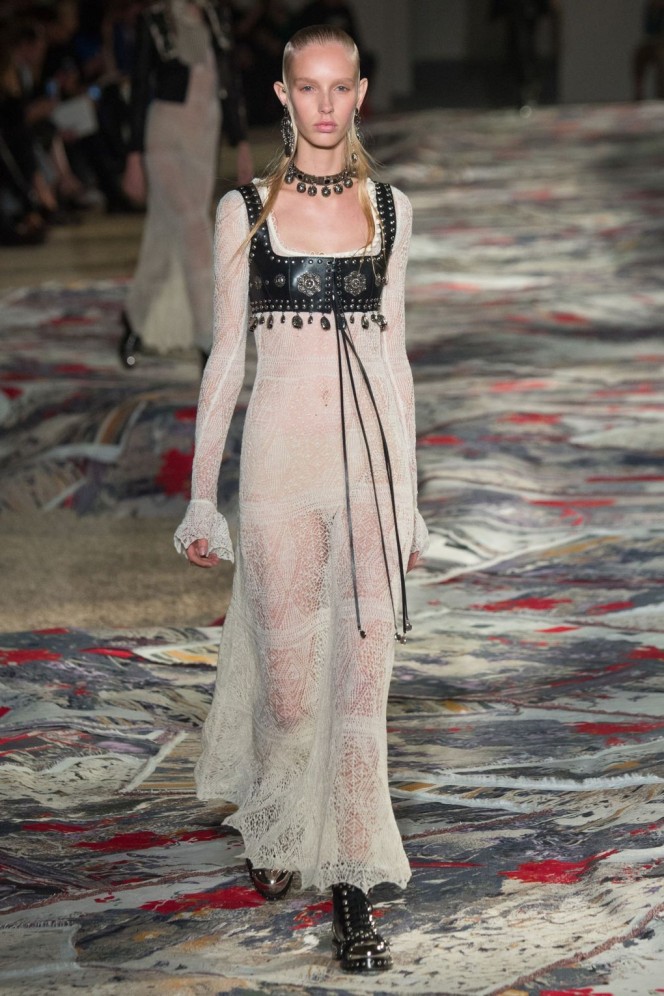 Lee Alexander McQueen took a fierce pride in his Scottish ancestry, and frequently drew on elements of Jacobite history and the Highland Clearances in his work.

For SS17 Sarah Burton revisited that Scottish connection that is so synonymous with the brand, perhaps it stemmed from feelings of post-Brexit solidarity. Transforming the orangery in the grounds of the Luxembourg Gardens into the Shetland moors, the designer turned a Taatit rug strewn runway into waves eroding the rocks and gravel underfoot. And those Taatit creations (blankets traditionally offered as weddings gifts stitched together by the families of both bride and groom) acted as inspiration for Burton, as she brought together different parts of her studio to work together in unison.

Guests’ invites bore an etching depicting a wild-haired woman, her tresses tangled with flowers. And in the context of the collection this oneness with nature realised itself via flora and fauna poppies, heather and roses that sprouted from dresses, vests, biker jackets and boots as an ode to the stalwart flowers of the Shetland Isles which continue to blossom in all climates. The final look saw a show-stopping lace gown etched with sea creatures and embroidered in jet beads, crystals and silver sequins drift across the runway, its tulle-laden cloud-like train became waves delicately breaking against the shore.

“The reason I’m patriotic about Scotland is because I think it’s been dealt a really hard hand,” McQueen once said. “It’s marketed over the world as haggis and bagpipes. But no one ever puts anything back into it.” Here, like Lee, Burton gave back to the country that has given so much to the brand.