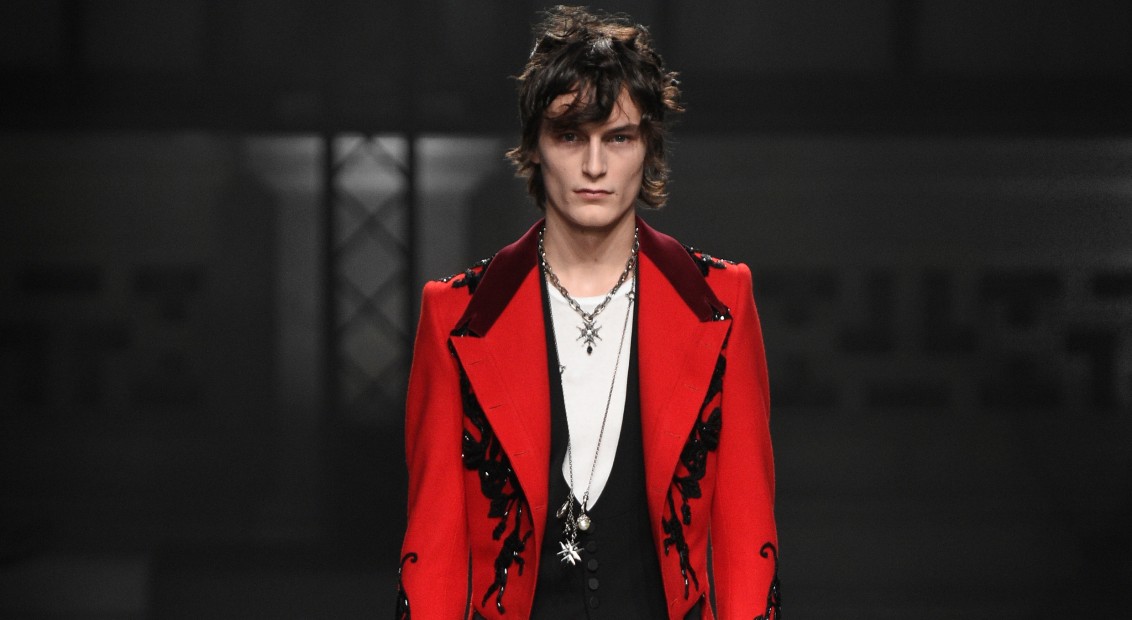 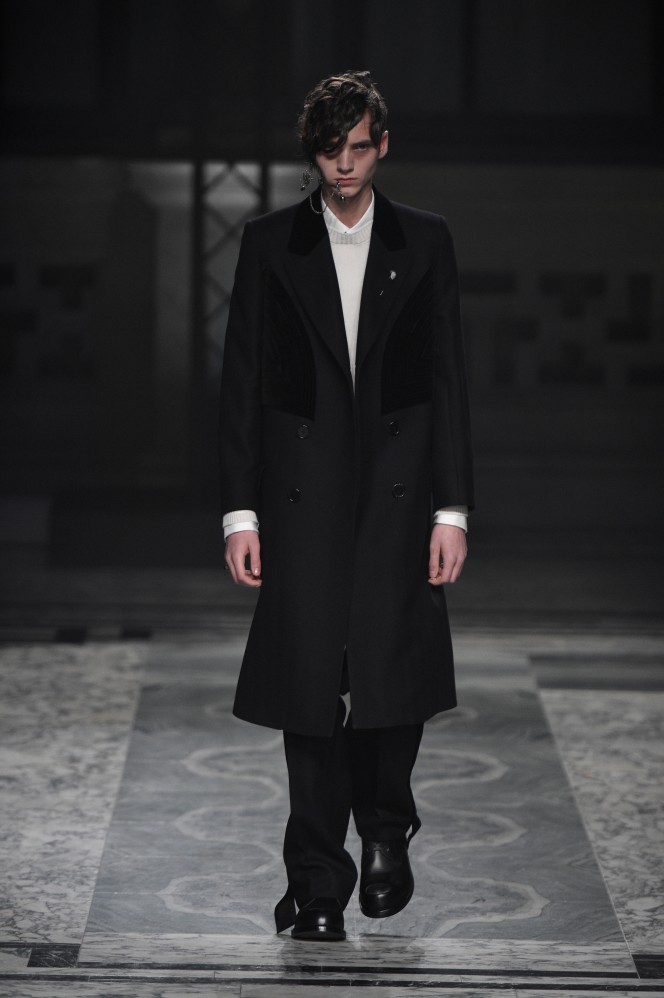 Inside the regal Durbar Court – at the heart of the Foreign Office Grade I listed 19th century government building – a thin layer of mist rose from the elaborate marble pavement and forest calls reverberated, as above the glass ceiling birds circled overhead. Does McQueen’s influence span as far as Mother Nature herself?

Against this hot and humid mise en scène – one whisper claimed that the models had been asked not to shower for two days previous – these ripe conditions signaled metamorphosis at Sarah Burton’s butterfly house.

There’s narrative depth and then there’s McQueen. Woven into the very tapestry, Burton’s vision unfolded, taking inspiration from Darwin’s study of evolution and that recurring McQueen motif, butterflies. Several species of lepidoptera are known to live primarily on the tears of large mammals. Assuming this crossed Burton’s mind, the haunting, ethereal tones of the live serenading classical pianist (model William de Courcy) must have been a feast for our winged friends. And as the soundtrack evolved in tune with the collection – the classical piano became tangled with psych five-piece Toy’s shoegaze track Conductor – the old and the new were conjoined; complimentary to each other and transcending genre, symbolic of McQueen’s pull.

Dramatic romanticism came from the offset and in the form of safety pins piercing models’ cheeks, manacled with antique silver jewellery that hung from the ear above silver lapel pins and chains – these weren’t medals of war, quite the opposite. McQueen’s man comes decorated with a higher insignia, one of inner strength and renegade zeal.

Gothic black tailoring opened the show, cut with precision it represented the fundamental points of design: the origins of life, if you will. Gradually the collection evolved into scarlet military jackets and tails, shirts became untucked – left loose and low beneath soft jacquard silks – and the first signs of rebirth materialised via delicate moths crafted in bullion embroidery and Dutch floral printed silk, the cocoon had splintered – safety pins always come in handy.

From husk to full metamorphosis, the McQueen man spread his dazzling wings; rich velvet dinner jackets embroidered with glimmering stars formed the finale, alongside a duo of coats embellished with antique sequins armour.

Where McQueen’s SS16 man emerged from the seabed, ice-cold and damp, this season he surfaced from his own inherent sensibilities, before flying on high, evolving and transitioning perfectly in tune with his surrounding elements.