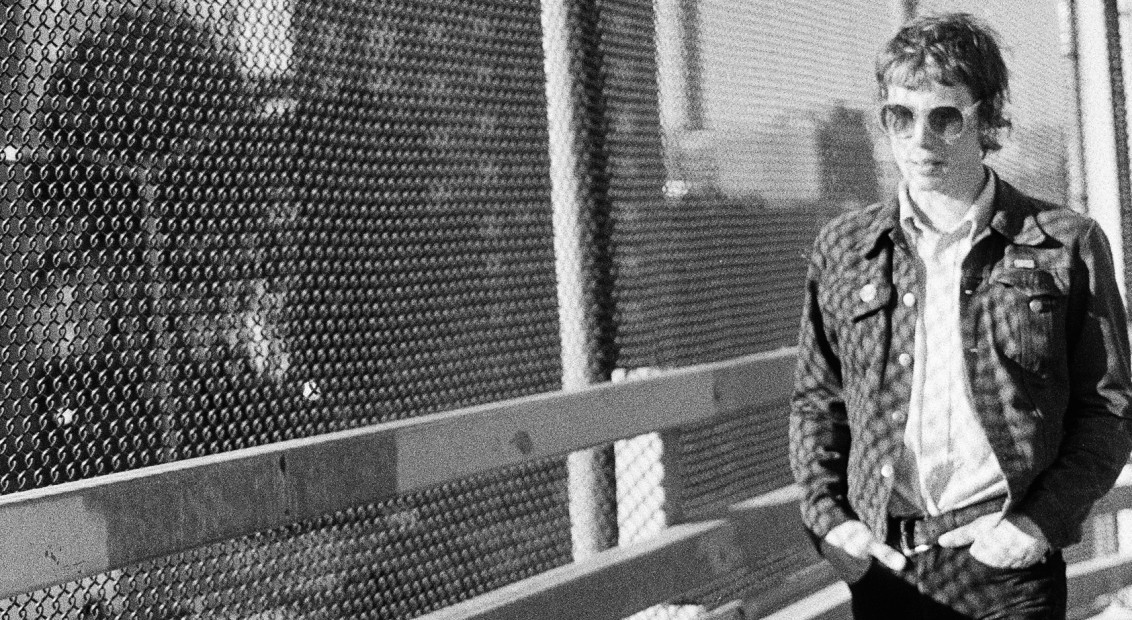 Los Angeles-based musician Marlon Rabenreither believes that experience doesn’t count for everything. So when looking for someone to direct a music video for his solo project Gold Star, he had no doubts in recruiting friend and photographer Jenna Putnam (in conversation with Rabenreither below), despite the fact she’d never previously made one before. This faith paid off, resulting in the stunning video for his track Deptford High Street, premiering here today.

Five years ago, Austrian-born Rabenreither made the decision to move away from his adopted home of New York and headed west. Here, he holed himself up in his East Hollywood house – “a hundred year old building with a disco ball hanging over the front porch” – and began to write, resulting in his debut Gold Star record, Big Blue.

Location can often have an incredible impact on a musician’s creative output, look no further than Bob Dylan’s iconic Big Pink West Saugerties house, or The Rolling Stones basement-slash-studio at Keith Richards’ epic Villa Nellcôte circa Exile on Main Street. For Rabenreither, this change in scenery proved to be a catalyst for a record brimming with intimacy, soul, and charm. Playing out like a series of personal writings, Big Blue is pure troubadour blues – listen once and you’ll feel like you’ve known Rabenreither forever.

To mark this video premiere, director Putnam kindly swapped camera for dictaphone and sat down with Rabenreither for a head to head interview; discussing creative impulses, Patti Smith, and attracting insane personalities. 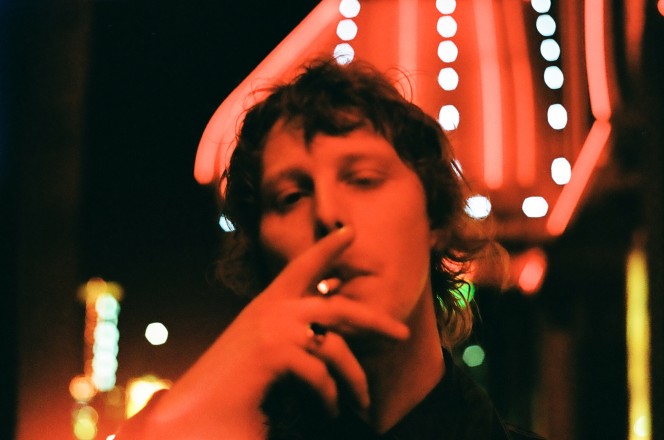 Jenna Putnam: So you wrote the song Deptford High Street while you were in London?
Marlon Rabenreither: I actually wrote it in Los Angeles reflecting on my experience of living in London.

Jenna: And this was when you were younger right?
Marlon: Yeah, I studied at Goldsmith’s and I lived in Southeast London for almost four years, in Deptford for a majority of that time. So this takes place six years ago almost.

Jenna: And when did you write it?
Marlon: I would say the song was written about two years ago or so.

Jenna: Did that really happen? Did you just leave a girl standing somewhere?
Marlon: There was an American girl that I had met who was from Chicago, she was a student at Central Saint Martin’s during that time, she studied fashion design, and the story is relatively factual. 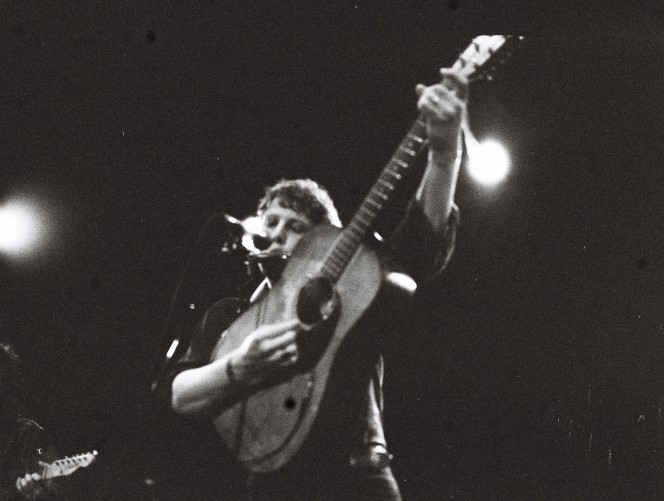 Marlon: As a photographer primarily, what drew you to working with film and making music videos in particular? What’s different about working in this medium?
Jenna: I just think it’s more interesting in general. Pictures are really powerful and they’re great but I think you capture more emotion on film. Everything I’ve ever done has been inspired by films or album covers or songs. So moving parts just seems more interesting. What made you want to work with me on this knowing that I was just a photographer and had never done a music video before?

Marlon: I think that the most important thing in any kind of artistic endeavour is just vision. So for instance, it’s almost irrelevant to me if you’ve been writing songs and you’re a proper craftsman at that or you are virtuoso guitar player… these kinds of roles are irrelevant because at the end of the day it only matters if you’re truthful and if you have vision. So inexperience in any kind of field… I don’t see that as a handicap if you’re real, if you are honest… And that’s how I felt about you.
Jenna: I think it’s cool because it’s experimental and I feel like people’s best work is when they’re in the beginning of something. They’re just sort of figuring out what their vision is and then it becomes more obvious. I think your idea to push me to do this video opened my eyes to the fact that I want to make films and I want to expand everything and go deeper.

Marlon: There’s a long history of photographers and filmmakers collaborating with and inspiring musicians. Patti Smith and Mapplethorpe or Robert Frank and The Stones…there’s always this kind of dialogue. I was wondering if you had any thoughts on that. I think you are an admirer of Patti Smith and Mapplethorpe, maybe you could speak on a relationship like that.
Jenna: Yeah they’re two of my biggest influences for sure. I was just talking about this with a friend the other day. We were talking about Harry Benson and The Beatles and how the photographers that are around musicians are a lot like the musicians themselves. And when you’re around each other the lines are blurred and it doesn’t feel like you’re taking photos or posing or documenting anything…it just feels free and normal. And I mean reading Just Kids and studying the relationship between Patti and Robert. Although they used different mediums for their art, they constantly inspired each other and pushed each other, held each other up. I think that’s important for us to do as artists. To become one in a way.

Jenna: Do you feel like what we filmed was reflective of the song?
Marlon: I think in sentiment, yes. I think that the song geographically takes place in London so obviously there’s glaring differences in that sense but as far as capturing the feel of the song or the narrative drive of the song, yes. It very much captures that feeling. Even if the locations or the details of that have been altered. The song being about South London and being filmed on Hollywood Boulevard to me is more interesting. You lent me a book about Basquiat and his muse, Suzanne Mallouk… I wanted to ask you what the idea of muse means to you. Is that even a real thing? How does that apply to you?

Jenna: Yeah I think it’s definitely a real thing. To me it’s the most important thing in making art is just finding someone who inspires you. And I think you’ve been like that to me since I met you. Finding a muse is beautiful…it awakens parts of yourself that you see in somebody else. I think that has a lot to do with making art and creating things. It’s important and I definitely think it’s real. What about you…do you think that’s an important thing?
Marlon: I guess I’ve met less living, breathing, walking muses in my life. But the idea certainly resonates with me. Knowing your work you have a propensity to shoot musicians, like Elias from Marching Church. It seems like you’re drawn to documenting musicians. What is it about musicians or music that inspires you?

Jenna: I mean everything about music inspires me. I think it’s the most powerful form of expression. In a way I wish I could make music but I don’t know how. And I feel like the people who make music are the most inspiring. Certain people like you said, Elias or you for example…there’s just certain people who have a realness or a rawness to what they do and I think that those are the types of people that I connect with the most. I’ve always been friends with musicians and I’ve been around music my whole life. 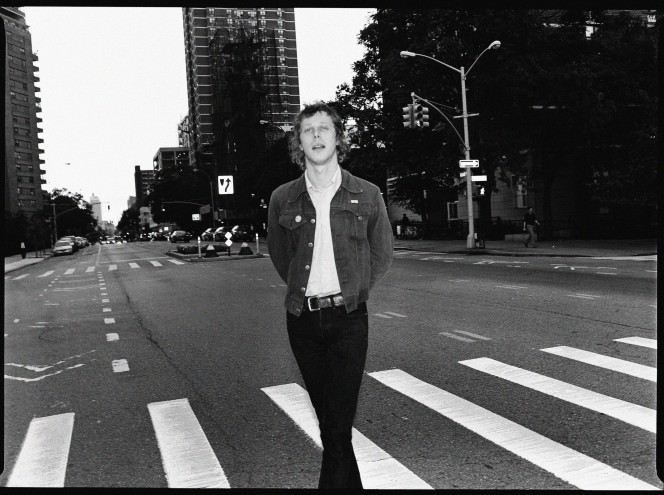 Jenna: Do you feel like you’re drawn to certain types of people?
Marlon: Yes I think I’ve found that I’m a magnet for insane personalities.

Jenna: Same [laughs], but at the same time I feel like I’m drawn to insane people as well. Like I don’t really connect with people unless there’s some element of insanity or brokenness in somebody or something.
Marlon: I guess there’s always an attraction to danger and I can’t explain or rationalise it anymore. But yeah. Those are the people that I imagine you want to shoot those are the people that I write about and that’s maybe just how it is. I think certain people are sympathetic to certain kinds of energies and maybe that’s just the one…the kind of magnet that we got.

Jenna: Do you ever feel like you create certain circumstances to make things more interesting or destroy things to make writing about it more intriguing?
Marlon: I’ve definitely met songwriters that have engineered drama because they’ve felt like they were not inspired by their relationships or their lives maybe seemed too domesticated, so they would kind of throw a wrench in that by burning it all down so you have material to write about. I am in a position where I do not need to engineer any kind of chaos.

Jenna: Well that’s good! It just happens naturally.
Marlon: So yeah I don’t create drama. I don’t conscientiously seek it out. I think that the world is dramatic and interesting enough as it is.