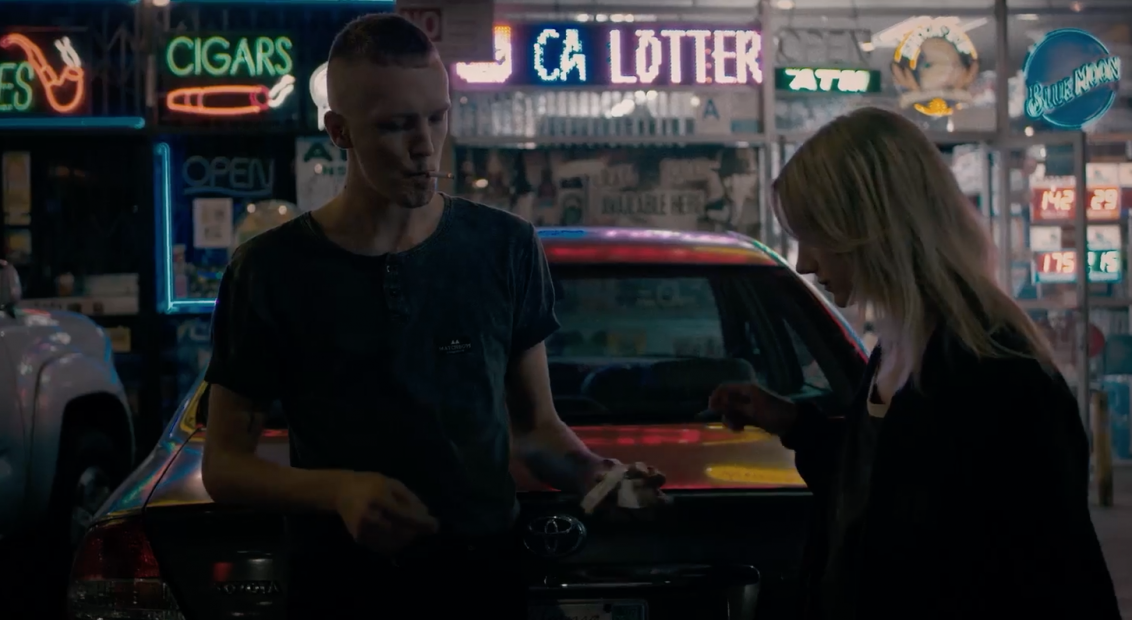 Celebrating London Fashion Week Men’s fifth anniversary, each designer has created a visual representation of their SS18 collection. From Alex Mullins’ nostalgic aroma to Vanguards & Visionaries’ LA-centric neon vision, here’s your chance to peek the first look at each brand’s latest offering before LFWM kicks off this Friday.

“A mixture of natural hues and seemingly undefined shapes combine to reveal the unique qualities of each CG jacket. Wandering through uncharted territories and challenging terrains, the jacket reveals itself, as the stunning scenery literally becomes the garment. A deconstructed exploration of the jacket itself displays the individual character created throughout the garment’s life; jacket absorbs terrains and atmospheres, becoming a unique piece for each individual, designed by nature itself.”

“The film is an experimental visual of a smell that doesn’t exist, embodying the feeling of nostalgia between the image and aroma.”

“‘Vanguards & Visionaries’ is Match Boys Collective’s​ new concept collection for this A/W.​ It’s presented through an epic short-film directed by Sergi Castellà, entirely shot in Los Angeles, where artists look for their path surrounded by a chaotic world. It emphasises the importance of the creative process and the value for each human to develop his/her own artistic trait.”

“As the dancer is wearing multiple layers and undresses during his movements, this turned the garments into an installation within the space—a visual map of his movements. Shot in one take, with only ambient sound, we wanted to bring the viewer as close to the space as possible.”