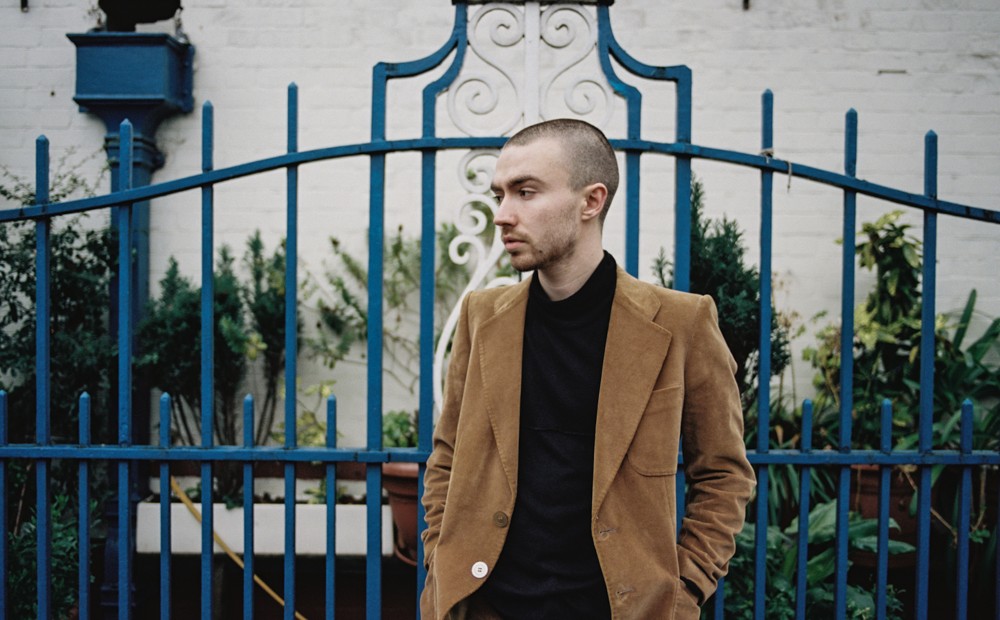 Hailing from the rolling roundabouts of Reading, singer-songwriter Matt Maltese has only recently moved to London – South London, to be precise. Surrounded by a thriving community of young talent, such as hotly-tipped local musicians HMLTD, Goat Girl, Dead Pretties and Shame, the young musician has found an ideal hub for exploring his own creative ambitions.

Throwing his own name into the mix, Maltese treads a line between Richard Hawley croons and King Krule swoons. Juggling sharp-witted political commentary with heart wrenching ballads, the musician has proved his worth as one of the most anticipated artists around. Taking some time away from his ‘writing cave’, Maltese talked us through his natural and spontaneous approach to music.

Charles McQuaid: Hey Matt, how was your weekend?
Matt Maltese: It was cool, I was mostly just writing. Trying to squeeze every last bit of song out of myself before I record the album in August. I went back to Reading because my parents are away at the moment, so I have the house to myself. It was a pretty lonely weekend but I was productive. I just went into my cave and reflected, it’s important to be a recluse sometimes.

Charles: Do you alway become a recluse when songwriting? Is that part of the process?
Matt: It depends, right now I’m working on the album so I’m feeling quite cut throat about my songs because I’m viewing it as a body of work. I’m very wary of what spaces I want to fill. But I still do just randomely write, it’s a completely uncontrollable thing. It’s always been this weird irrational process and I think that’s an eternally tormenting thing because you think you are a fraud the whole time. It’s bad that I don’t even know how I write songs. So when I actually can’t write a song I think to myself, oh shit I can’t write songs anymore. So yeah, I don’t really have a description of the process. I think sometimes time by myself helps; sometimes watching shitty TV helps and sometimes getting drunk helps. It’s completely random.

Charles: Well, you are writing mostly about emotions right? So it kind of goes hand in hand, it’s going to be inherently random and irrational.
Matt: Totally, yeah, I agree. I think it’s being at odds at what the hell is going on and that just comes out in writing. And naturally it’s all random.

“I kind of envisioned these two war-mongering leaders, our leader, Theresa May and the Leader of the Free World, Donald Trump and I wanted to create an over-the-top love song between the two.” 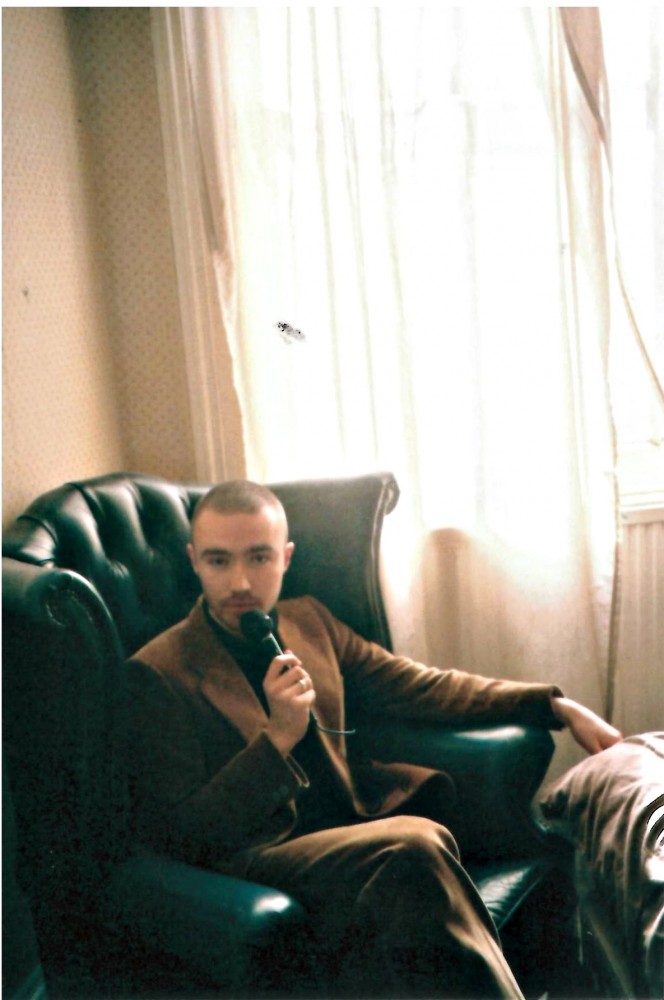 Charles: Some of your songs, like As The World Caves In, aren’t entirely based around emotions right?
Matt: Yeah, so for this song I kind of envisioned these two war-mongering leaders, our leader, Theresa May and the Leader of the Free World, Donald Trump and I wanted to create an over-the-top love song between the two. It was great. It was the first time that I’ve just had a bit more fun with writing. I still like honesty and expressing myself, or whatever, but I also liked how this opened up a slightly different world to me where I could just have fun writing. Having a song that evolved around themes like atomic warfare combined with it being a love song created a weird balance between the two. It’s somewhat politically involved but then again a bit jokes, it’s definitely not a serious song.

Charles: You worked with Hugo White from the Maccabees with this song, how was that?
Matt: It was great. He’s such a dude. I met him last summer and then we did Vacant in the 21st Century together and then came back and done a week in December on this one. Our working relationship goes from strength to strength. It’s just like anybody really, once you spend a lot of time together you get more comfortable with them. It’s been great though, we’re good pals.

Charles: Was there much of a difference working with him and with Alex Burrey?
Matt: I enjoyed working with both of them just as much as each other. They’re very different though, they’re quite different producers for sure. Their set-up is different, Alex has a more intimate studio whereas Hugo’s is this big space in Elephant and Castle. I think Alex offers a door into the intimate more than Hugo does, whereas Hugo deals with the slightly more bigger spheres of sounds. They really compliment each other very well though and I hope to do a record with the three of us in a room together. That would be amazing.

Charles: Is this combination something you want to be translated in the album?
Matt: Yeah definitely, I don’t want the album to be made up completely of epic ballads but at the same time, I don’t want it to be full of hidden and quiet heartbreak songs the whole time either. Finding the balance between the two is definitely something I want to do.

Charles: I’m looking forward to hearing what you come up with. What gigs have you been to this year?
Matt: It’s been kind of sporadic but it’s been cool. I went on tour with Hamilton Leithauser, we went on four or five Europe shows and five UK shows. It was a cool crowd because it was made up of slightly older folks that like The Walkmen or whatever *Laughs*. I also did a  London show at Bethnal Green’s working men’s club a few weeks ago. In the summer there are a few festival bits but yeah, I’ve definitely been enjoying the road.

Charles: Is the performance aspect of your show something you think carefully about?
Matt: I think I’m becoming much more conscious that I want it to be more of an engaging show, I don’t want it to be a cliched version of myself and look down on the ground the whole time. I went to see Jarvis Cocker recently and the bands that I hang out with in my sphere are all performance based. It’s more fun and it’s more me – to put on a show and be less apologetic about it. I just need to find enough wise cracks to keep enough people entertained.

Charles: When I go to gigs I always think about how difficult the wise cracks must be.
Matt: Yeah man, It’s fucking difficult! It makes me absolutely terrified of the idea of being a stand up comedian, I can’t imagine what that’s like.

Charles: Hundred percent! Easily my nightmare career.
Matt: [Laughs] I’d literally rather resign to being an accountant for 70 years rather than being a stand up comedian, so much stress! The most stressful part of a performance is trying to make people laugh really, rather than singing the songs.

Charles: Hopefully you don’t get heckled.
Matt: Yeah! Usually getting heckled livens it up a bit, I usually quite enjoy a bit of back and forth. It makes everyone more comfortable and breaks the ice a bit. But obviously I don’t want to be heckled the whole show, there’s a limit! 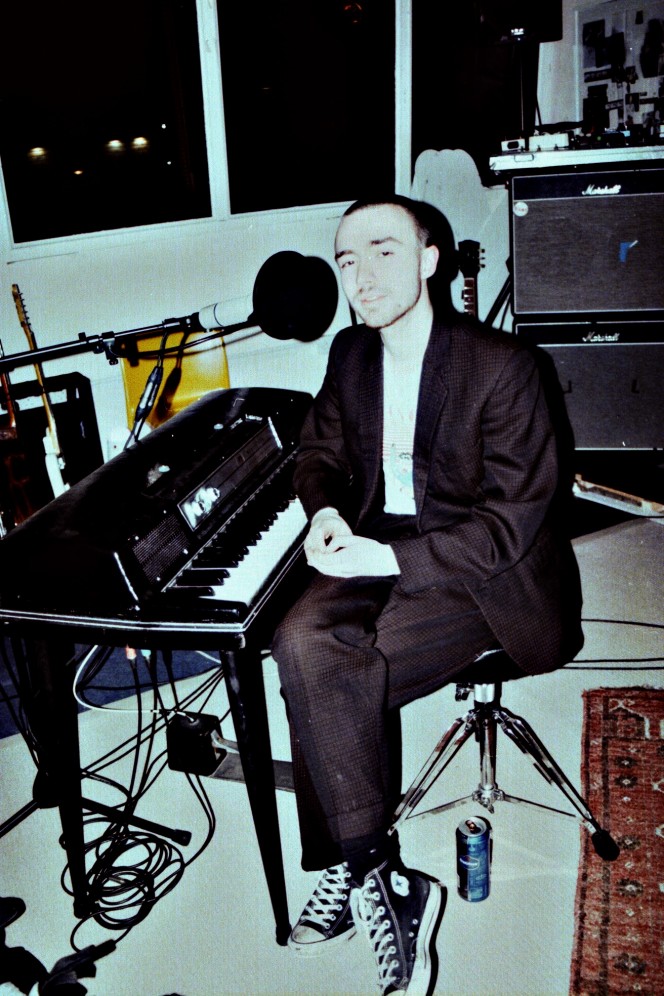 Charles: You’re supporting some of the Maccabees farewell shows, are you looking forward to them?
Matt: Yeah, definitely. I guess I don’t really know what to expect though. I think it’s such a landmark for them, doing these shows after ten years, and the fact that I get to be a part of it is amazing. I feel like i’m slightly imposing upon their farewell but it’s definitely an honour to be playing at those shows. I can probably get loads of free maccabees merch as well, which is a bonus. They’re really good dudes, I’ve met everyone but the singer and so it should be fun. Hopefully there should be less awkward main band-support band exchanges than normal. I’ve met Felix quite a few times as well, so it should be relatively friendly and comfortable.

Charles: What are your thoughts on working in the capital, how does it different from Berkshire and Reading?
Matt: My life was very different when I lived in Reading, I guess mostly because of my age. I was in college when I lived in Reading and I wasn’t making music full time. But yeah, I think London is quite a bizarre place. There is that old cliched saying that I definitely agree with, I love and despise London at the same time. I can’t complain though, it’s great being amongst so many more musicians in London than I was in Reading. I fill more of a sense of community than I have  in my musical past. I’m slightly addicted to it I think. It has this strange affect. It’s like a massive grotty hellhole that has these exciting bursts of life every night or every week. I’ve seen and experienced things that I wouldn’t have seen elsewhere. It definitely changes you because I think you are what you do and what you see and who you meet.

Keep up to date with Matt Maltese here.