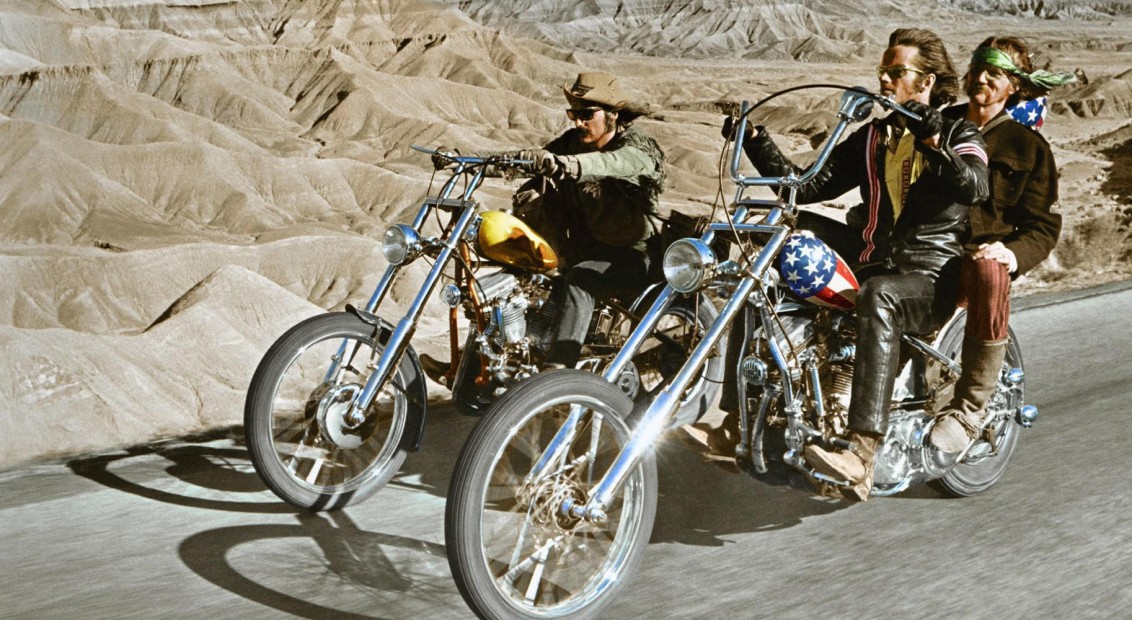 From 60s counterculture to Silicon Valley, how California changed the face of design

“[California] is a place that takes personal liberty and the idea of freedom seriously and this has been translated into the designs and technologies born there,” says Justin McGuirk, curator of a new exhibition at The Design Museum exploring California’s modernist movement and its enduring influence.

From its 60s counterculture movement at the epicentre of US liberalism to today’s Silicon Valley tech-revolution, California has long been a breeding ground for innovative design. Described by designer Greta Magnusson Grossman as, “not a superimposed style, but an answer to present conditions…. developed out of our own preferences for living in a modern way,” the State’s design ethos has always been centred around society’s needs; in tune with cultural and political views.

Divided into five key themes, this new exhibition brings together over 200 objects, from political posters to personal computers to self-driving cars, along with LSD blotting paper, to explore how this seminal design culture originated and continues to thrive. 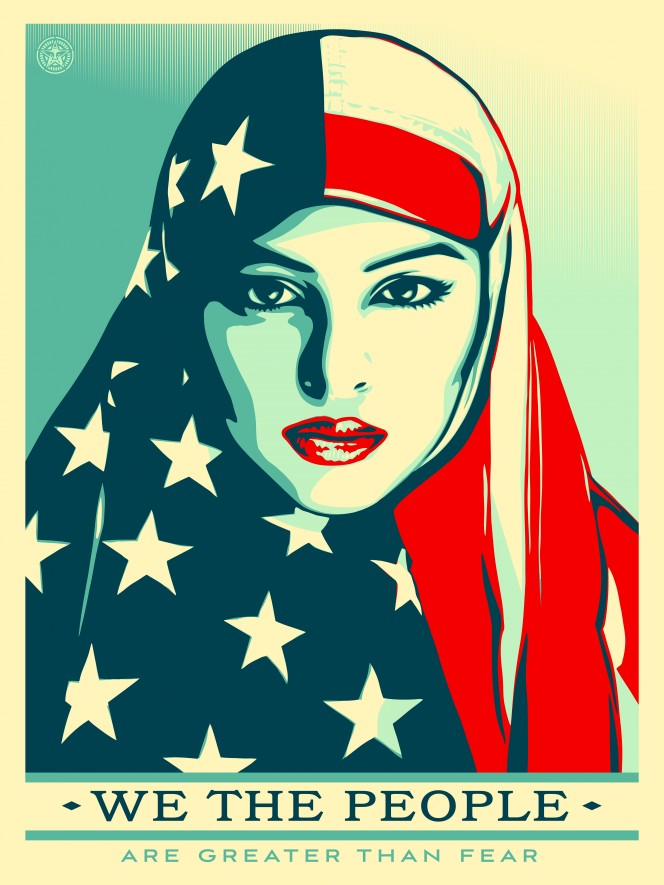 Stefania Deiana: What was the initial concept behind the exhibition?
Justin McGuirk: There have been lots of shows about Californian design, but they always focus on mid-century modernism – mainly Charles and Ray Eames or the 40s and 50s – so always about a particular moment in California, but there hasn’t been a show about more recent developments, particularly in Silicon Valley. We know how much things such as iPhones, laptops, personal computers, user interfaces have changed our lives so we decided to do this show to at least start to think about these changes, it’s not the final word but it’s a starting point.

Stefania: How has the theme of freedom been explored?
Brendan McGetrick: I chose two main ways, one is to try to understand the motivation behind the creation of things and the way they were communicated to people (one thing that we’ll show in the exhibition is how personal technology like computers and smartphones were imagined and marketed as things which make you free from having to be in an office). The other way is to show a lot of examples of freedom of expression in terms of the way that California has kind of inspired an individualistic expression through designed posters, graphics and political designs. So, on the one hand, it’s creating tools for free expression and on the other hand, we show some of the results of those tools and the way their define the graphic and visual language.

“Californian designers have taken non-individual tools, like computers and microchips that were meant for the military and the corporations, and gradually they have made them accessible to the individual.” 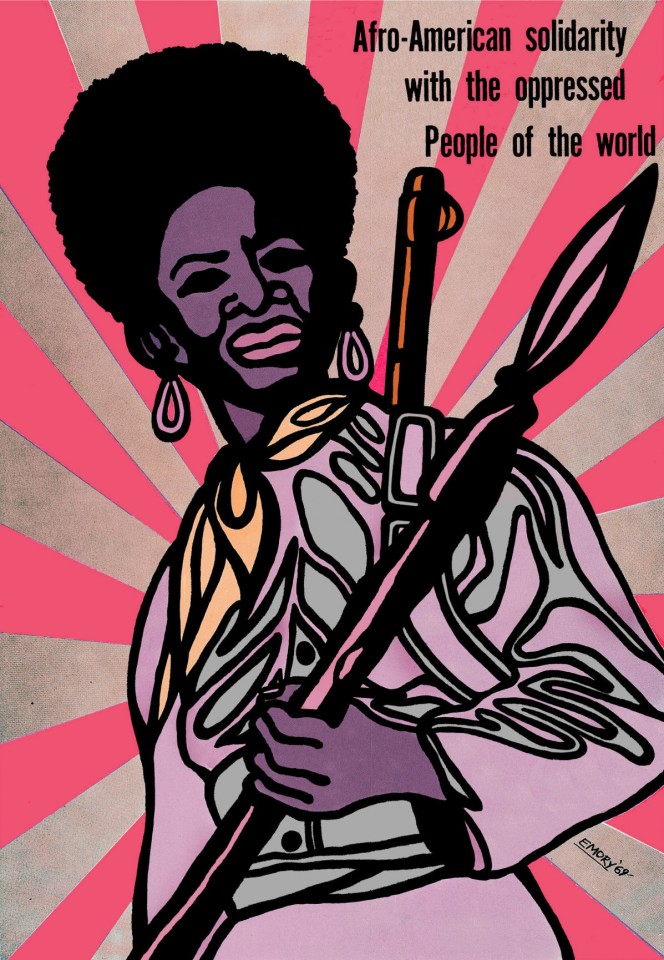 Afro-American Solidarity with the Oppressed People of the World Emory Douglas, 1969 Collection of the Oakland Museum of California

Stefania: Californian design is distinguished by an emphasis on individual freedom. Is there any particular reason why you think this originated in California?
Justin: It’s a long deep routed story, but I think it goes back to the way that California was founded in the 19th century. People who founded and settled in California had to travel further than others, so they had to be single-minded, that’s kind of going back to the origins of California. For nearly 200 years, California has been a place where people go to reshape and start again in order to start something new, whether it was to go and be part of the Gold Rush in the 40s, or where people go to find fame, it’s always been a place where migrants are welcomed to come and reimagine their lives. It is a place that takes personal liberty and the idea of freedom seriously and this has been translated into the designs and technologies born there. Californian designers have taken tools that were not created as individual tools, like computers and microchips that were meant for the military and the corporations, and gradually they have made them accessible to the individual, which allowed all of us to create our own communities and networks.

Stefania: How else do you think the state’s values and culture are reflected in the design output?
Brendan: One of the state’s values is to make money, maybe Steve Jobs more than anyone embodied this idea of being socially conscious by trying to change the world in a positive way and also becoming a billionaire at the same time. There is no problem with this, I think this is an aspect of California values, the ideals and good ideas should become a profit-making business. The ability to conflate this kind of ideals, or utopian values and money making and not seen any internal contradiction, this is what distinguish California’s designs.

“‘California is a place that takes personal liberty and the idea of freedom seriously and this has been translated into the designs and technologies born there.” 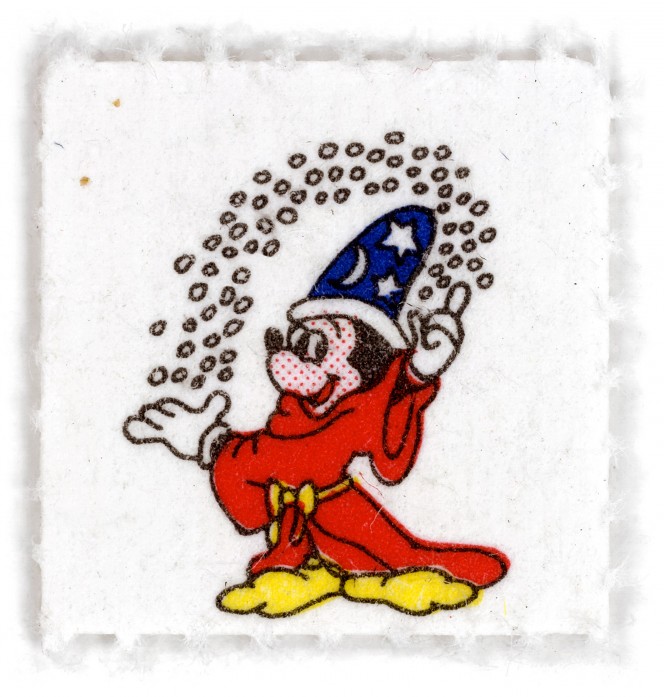 Stefania: How have you split up the exhibition to represent the different facets of Californian designs? Did you want to mix eras and technologies or present a more linear curation?
Justin: It’s very non-linear. It’s thematically structured instead of chronologically, so we chose to divide the show into five different themes: ‘go where you want’, ‘see what you want’, ‘say what you want’,’make what you want’ and ‘ join who you want’. In each of these sessions, we collide the 60s, the 70s, the 80s and the 00s, the point is to show the correspondences between these different periods and make interesting connections instead of telling the story in a chronological order. A linear order could have been easier to reproduce but we wanted to make it interesting and not predictable. Another thing we didn’t do was to make the session all about the same topic, so we organised and sometimes also repeated the same objects in order to make connections and underline the philosophy of the counterculture behind these tools.

Stefania: California’s modernist design ethos stretched across mediums, from fashion to art to music. Did you also want to express this in the exhibition?
Justin: Yes, at the end it’s a huge topic. We had to pick up areas, for example, one could have done a whole show about Californian architecture, but we didn’t. Actually, we decided to leave out mediums like fashion or music in order to focus on graphic products and technology. California has produced so much and our guiding principles for the exhibition were tools which expressed personal liberation and told a story of self-expression and freedom.

Stefania: In the press release you say ‘Made in California’ is the new ‘Made in Italy’. As a movement, just how influential would you say the Californian design has been?
Justin: We thought it was useful because it represents two very different ideas of what design is. ‘Made in Italy’ is about craftsmanship, quality and materiality while the design in California is about the design of digital experiences and I think that’s one of the big shifts that California has introduced in the last 40 years. The idea that design is not just about chair designs, a phone design or a table design, but it’s actually the digital experience and the user interface; those are the key shifts. California has really stretched our ideas of what design is into more immaterial realms.

Stefania: Can you describe what sets the Californian design apart the rest?
Brendan: Californian design highlights the idea that the process is as much important as the product, what California has also introduced is the innovation in the way things are made and the whole idea of releasing something and then refining it in public, in the response to user’s experiences. 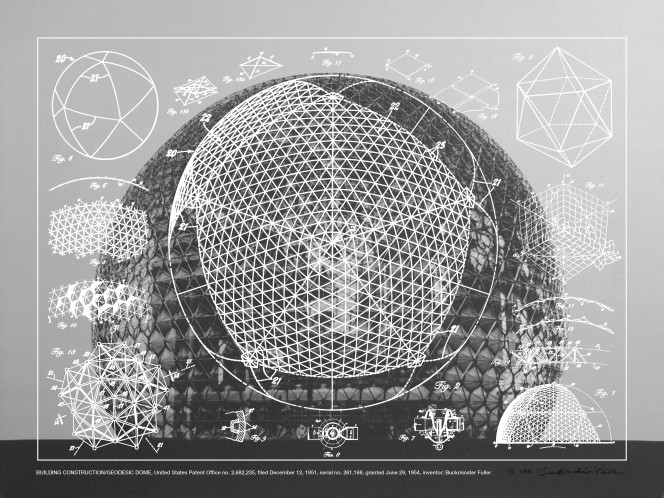 California opens on 24th May at the Design Museum and runs until 15th October, 2017.