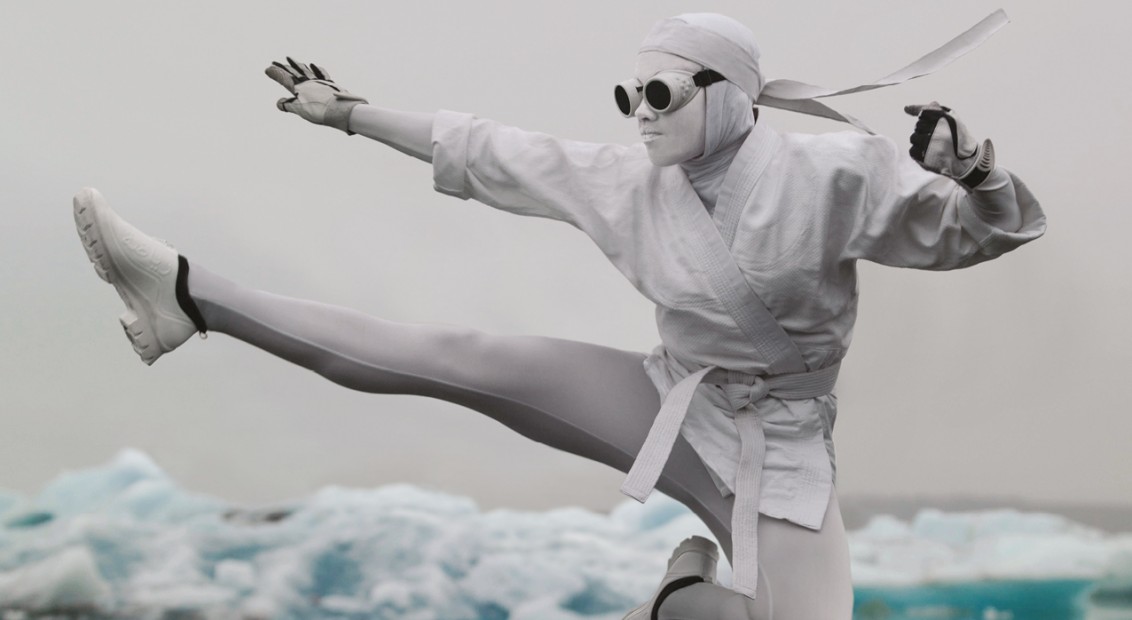 Camper team up with Isamaya Ffrench for their latest artist collaboration

Camper have tapped artistic polymath Isamaya Ffrench for a special SS17 collaboration as part of the brand’s Twins range.

Having previously teamed up with the Spanish shoe brand for their SS16 tableau vivant campaign images, Ffrench has now offered her artistic flair to the design process. With accompanying imagery showing Ffrench pulling off some impressive karate moves against the backdrop of Iceland’s stunning glacier lagoons, the new sneakers “celebrate the fusion of sport and dance” – as a member of theatre troupe the Theo Adams Company, Ffrench certainly has credentials in the latter. 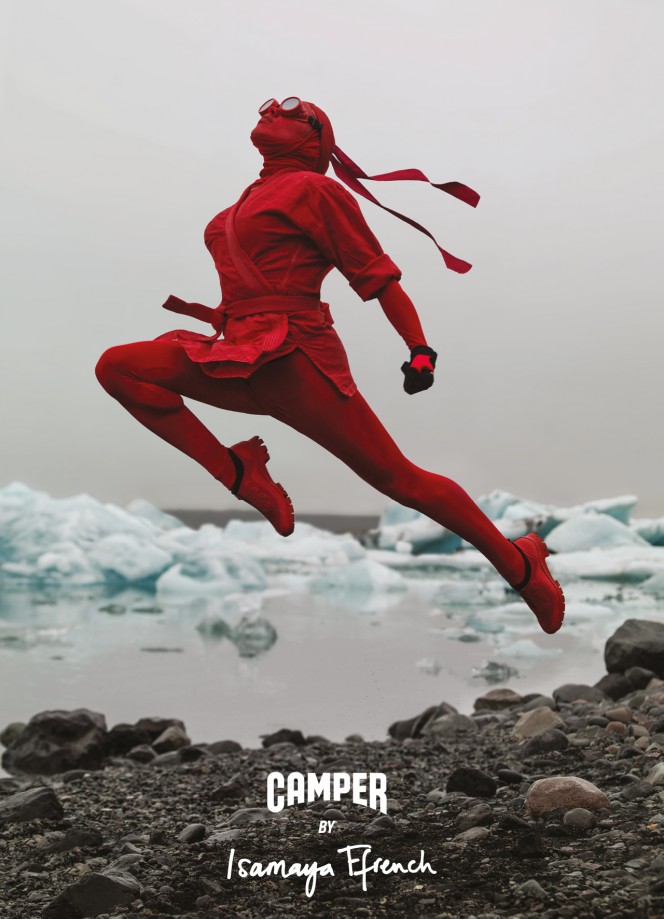 Having gone from painting children’s faces at birthday parties to working with some of the biggest names in fashion, Ffrench is often defined as a make-up artist, however her work spans much wider than that title suggests. Using make-up to create extravagant creations (look no further than her lego masks created for Agi & Sam FW15), the Chelsea College of Arts-graduate’s work always embraces the unusual.

This latest collaboration feeds into creative director Romain Kremer’s artistic approach. Since his appointment in 2014, the designer has drawn upon art and cultural references, from recruiting actress Hari Nef and performance artist Martine Gutierriez for a short film showcasing Camper’s collaboration with NYC underground brand Eckhaus Latta, to his SS17 pre-collection, created around the key principles of the modernist design movement.