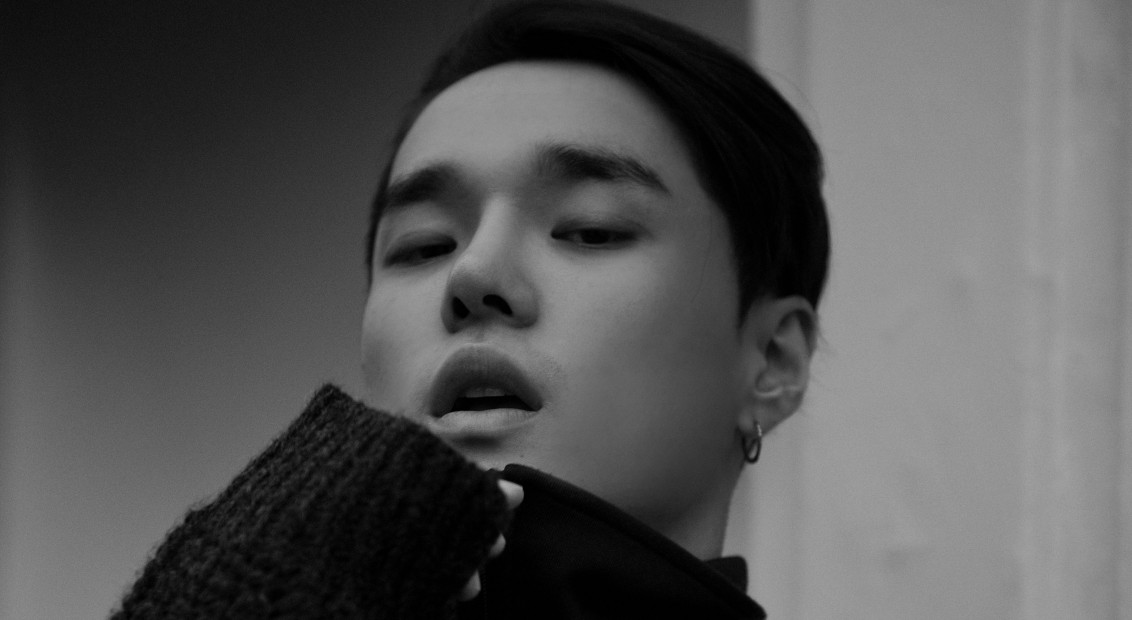 Think Korean music and your mind will automatically turn to K-Pop, but watch this space – the tide is beginning to turn.

R&B is by no means new to South Korea’s music scene, but recently there’s been a spike in homegrown singers shifting the genre into the spotlight. Like Dean, interviewed below, the 24-year-old performer who started out penning songs for K-Pop groups before breaking out on his own with his first single, I’m Not Sorry, a English-language collaboration with US singer-songwriter Eric Bellinger. Since, he’s bagged several awards (including Discovery of the Year at GAON Chart K-Pop Awards just a few weeks ago), released an acclaimed EP, 130 Mood: TRBL, collaborated twice with Korean singer and rapper Heize, and with Girls’ Generation’s Taeyeon on her single Starlight. Last week saw the release of his latest single, Come Over.

Korean R&B groups go back as far as the 90s. Take Sech Kies, who performed songs like the Vanessa Williams-esque Letting You Go, or multi-award winning female singer Gummy, who’s entwined R&B and soul into her sound since debuting in 2003. Yet this new generation of R&B artists – from Dean to scene stalwart Jay Park,  Zion. T, and Crush – are generally signed to independent or subsidiary labels, meaning they’re less constrained than their predecessors and current pop contemporaries, with fewer boundaries on their sound and who they choose to work with.

Today, South Korea’s music industry might be small, secretive and fast-paced, but it’s also hungry for hit songs, and multi-talented artists who can write, produce, and perform. Which means that this new wave of Korean R&B artists work with and write for K-Pop singers and groups, shifting them into the spotlight of the masses. It might sound coolly strategic but it’s often the start of something more familial – like Dean (whose real name is Kwon Hyuk) being one-third of Fanxy Child, a collaboration that includes fellow R&B star Crush and Zico, the rapper and leader of K-Pop boy group, Block B.

Unlike his fellow stars, Dean has consciously looked to have a presence in both the Korean and US markets – via further US-centric collaborations with Mila J, Anderson Paak and Filipino-American singer Jeff Bernat – as he hops between Seoul and Los Angeles. Regardless, it was his Korean single, Pour Up (ft. Zico), that sent his career skyrocketing upwards. Although K-Pop and its globally popular ‘idol’ groups (think EXO, Twice, Girls’ Generation, and Big Bang) are unarguably the most recognisable artists to come out of South Korea, the likes of Dean are changing things – fast.

Taylor Glasby: There are several accounts of you singing since you were very young and through high school but didn’t decide to pursue music until when you were twenty. What’s the most accurate representation of your journey into music as a full-time career?
Dean: I loved painting and writing ever since I was a child, but I always had a hard time staying focused on one thing for a long time. When I started recording music at home, making beats, and rapping I knew that I must really like it because I could do it all day. So, I started writing songs. A producer heard some of my music and suggested we start working together and that was the start of my music career.

Taylor: You named yourself after James Dean and your EP, 130 Mood: TRBL after the number on his Porsche Spyder. How long have you be interested by him and do you see in him something you see in yourself?
Dean: My mum was a big fan of James Dean. Even though I couldn’t watch all of his movies I really liked the strong, rebellious spirit in his eyes. I thought his attitude is just like my motto when I create music. I want to make rebellious and experimental music rather than common or stereotypical music. That’s why I chose the name Dean as my stage name.

Taylor: Your EP contains a track entitled Bonnie & Clyde and they, alongside James Dean, had precarious lives and died young, violent deaths – is there a particular mystique about them that you’re drawn to?
Dean: I was looking for the right concept for the EP album TRBL, which is short for ‘trouble’. I wanted to create my own original story in trapsoul music, which has become quite common these days. As a kid, I really liked telling stories with paintings or articles and for Bonnie & Clyde I wanted to create my version of the story of a fatal couple.

“My mum was a big fan of James Dean. Even though I couldn’t watch all of his movies I really liked his rebellious spirit.” 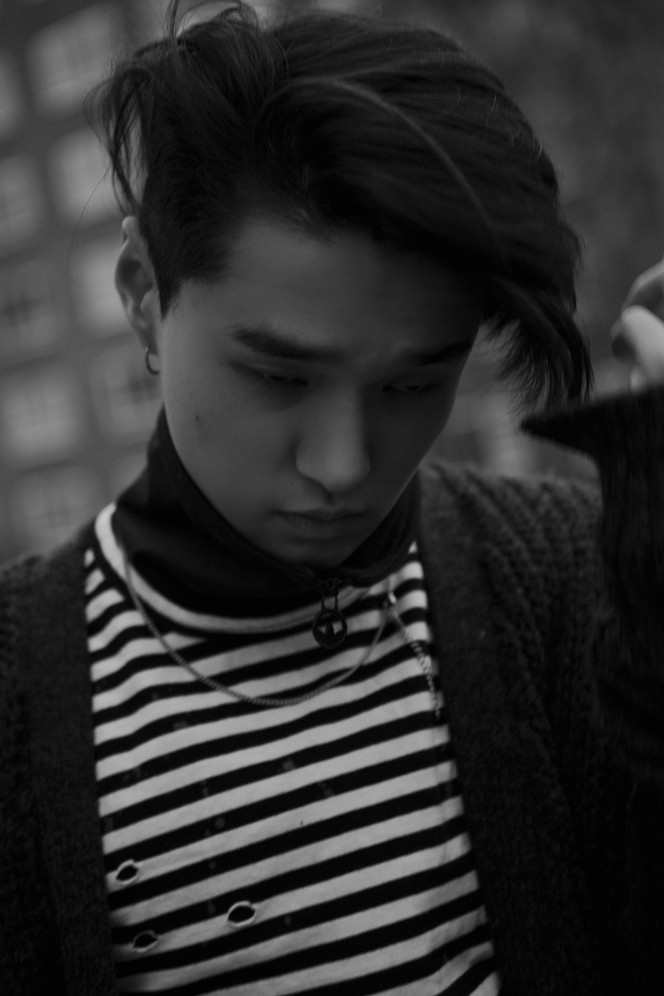 Taylor: You’ve worked on some amazing collaborations, particularly with Heize on And July. What do you as an artist get from working closely with someone who is also new to the industry?
Dean: It doesn’t matter to me whether that artist is new or a veteran, Heize has an interesting voice and she was new. So I thought it would be fun if I made her some trendy music and gave her a new image. I’m always looking for collaborations that will be fun, like that.

Taylor: On the other hand, what can you learn from working with a hugely experienced artist like Taeyeon?
Dean: That was also fun for me. I was still a newer artist from the underground at that time. I thought the collaboration between a subculture oriented artist and a mainstream artist would be fun.

Taylor: On 130 Mood: TRBL, you tell a love story in reverse. What was the idea behind this? Why was it important that the listener ended up at the point where love begins?
Dean: Actually, there are a lot of stories in TRBL, I have a lot of regrets from that time because I was a troublemaker. I made TRBL by cutting out my heart for everyone to see. I wrote about a lot of my personal experiences in that project and TRBL means many things. I also love to do things differently and kind of in the opposite way. This was my first album so I wanted to make the project like me. For example, if you check my Instagram you will see a lot of the pictures are upside down – I always like to see things from different perspectives. I wrote a lot about my personal experiences and gave the project my personality in a lot of ways. I thought TRBL could explain a lot about me.

Taylor: What’s the meaning of the name FANXY CHILD, your project with Zico and Crush, and who came up with it?
Dean: Zico came up with it, I’m actually still not sure what it means. Maybe it just stands for us.

Taylor: Between you, Crush and Zico, there’s a lot of individualism and strong personalities – how do you guys balance that out when you’re writing and producing as a team?
Dean: We express our opinions in a very active and instinctual way. It’s always natural and comfortable though, because we have similar tastes and feelings.

“It would be great if people from other countries wanted to try to learn and understand more about Korean culture by listening to my music.”

Taylor: As more and more artists and producers experiment with bringing together different genres, yourself included, how do you keep pushing forward sonically? Do you continually tinker with music programs, do you listen to a lot of new music or old music?
Dean: Yes, I’m always digging through old and indie music. I try to listen to ‘good’ music rather than trendy music – there’s no special reason for that. Doesn’t it make you happy when you listen to really good music? I get new ideas and inspiration from great music, and it makes me feel good.

Taylor: You’re working on new material… what can you tell me about that? Is the sound a continuation of the mix of elements found on EP, or have you been working on something markedly different?
Dean: I would call it an alternative hip hop/R&B album. I want to make sure it has great quality of sound for both Korea and internationally. When I was younger I thought I could try to understand US culture by listening to N*E*R*D. It would be great if people from other countries wanted to try to learn and understand more about Korean culture by listening to my music. I want to make that happen.

Taylor: What was your most memorable point of last year? And what’s one thing you’d love to do in 2017 that’s not related to music?
Dean: Every moment from 2016 is memorable. I want to make every moment in 2017 very specially rather than make just one great moment. Of course that’s not always easy though. I also want to take a trip with my family and my team that I make music with.