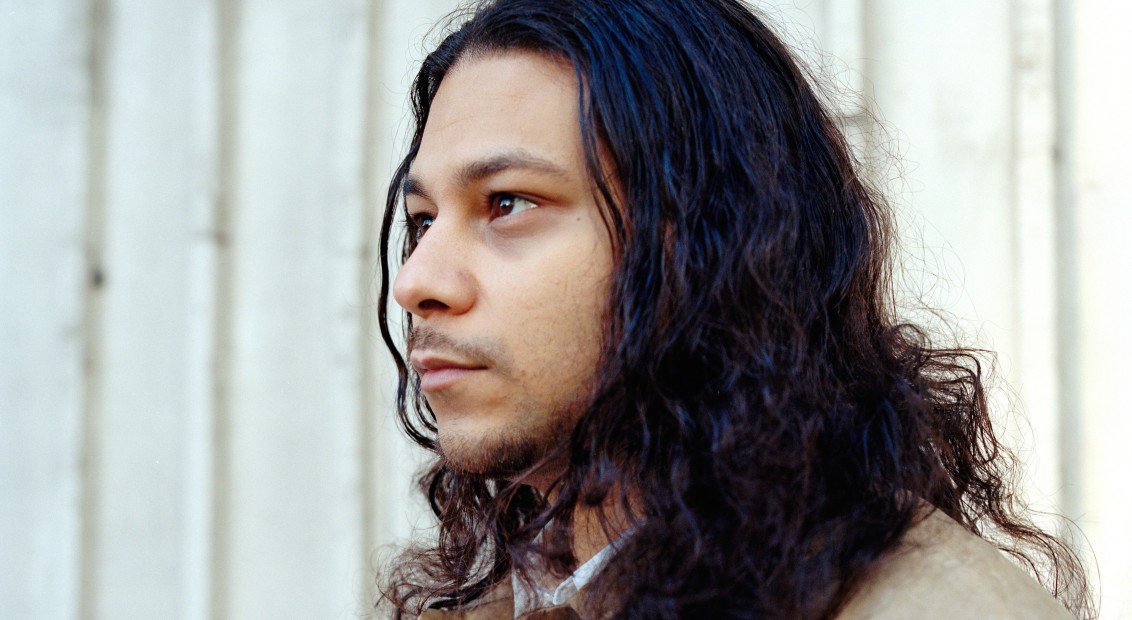 For the second instalment of Stone Island presents, the Italian sportswear brand joined forces with NTS Radio for a night of music in Glasgow. Held at SWG3, a warehouse space in the city’s west end, the event featured a lineup of some of the best UK electronic music acts. Think thumping performances by Covco, Trevor Jackson, Sega Bodega, Darkstar, Zomby and West London talent Elliott Power, who took five after the event to reflect on his music and journey so far. 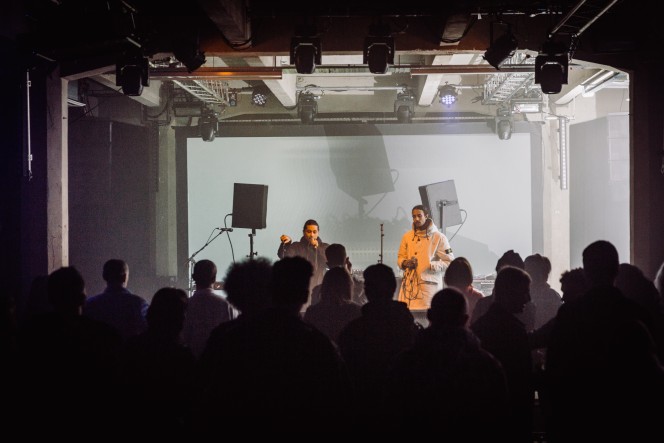 Power first turned his hand to music at the age of fifteen, when he met his production partner Dorian Lutz (aka Mink). Lutz’s uncle had a small studio in Shepherds Bush, where the duo would jam and experiment with all the professional recording equipment they had at their disposal. Power went on to sign a deal with Marathon Artists and released his debut album, Once Smitten, in collaboration with James Lavelle‘s Mo’ Wax, earlier this year.

Nazanin Shahnavaz: What made you want to be a musician?
Elliott Power: I think So Solid Crew’s video for Oh No (Sentimental Things) was the reason for me wanting to try my hand at music. It was the first time I saw people that looked like me in a music video, but at the same time it was presented in such a cinematic way, then So Solid dropped 21 Seconds and that was it, I was sold!

Nazanin: In a few words, how would you describe you music?
Elliott: My music is a blend of important British artists that came before me from Soul II Soul, Smith & Mighty, through to Goldie and The Streets.

Nazanin: What are the themes that you often find yourself exploring in your lyrics?
Elliott: Writing lyrics is a cathartic process for me, I tend to write about my own feelings or experiences in an esoteric way, so the listener can interpret the message how they wish, the songs almost act as manuscripts.

“I think So Solid Crew’s video for Oh No (Sentimental Things) was the reason for me wanting to try my hand at music. It was the first time I saw people that looked like me in a music video.”

Nazanin: I’m interested in how you approach your work, can you describe your creative process to me and how you approach music writing and production?
Elliott: I’m a naive musician. I have no formal training or understanding of musical theory or terminology. So I lead with feeling, I select drum loops or breaks in songs that I find, I cut them up in GarageBand (yes that free software that comes with every Apple product) and write to the patterns and form a very basic idea of a song. I then present my loose ideas to my production partner Dorian Lutz, we discuss a direction or mood, and he then de-constructs and rebuilds my idea. Dorian is an integral part of project and an unbelievably gifted musician.

Nazanin: What are your thoughts on the London music scene, what movements are bubbling at the moment?
Elliott: Maybe I’m out of the loop at the minute from travelling quite a lot this year, but I feel like there’s not that much happening in London at the moment. In the South there’s a few things going like Rhythm Section, various nights at Bussey Building, and obviously stuff East in Dalston (Brilliant Corners being a really good vibe) but I’m from West and there isn’t really anything happening over here, I need to do something about this.

Nazanin: Oh really?
Elliott: There’s no real West London scene, everything is so fragmented in West, there’s all these small exclusive cliques, all style and no substance, and that doesn’t interest me. I surround myself with passionate people, I don’t care how cool you are, or what celebrity you’re friends with, or what school you went too, or what member’s club you go to, just being passionate about something and being completely consumed by your passion is what I gravitate too.

“I’m a naive musician. I have no formal training or understanding of musical theory or terminology. So I lead with feeling…” 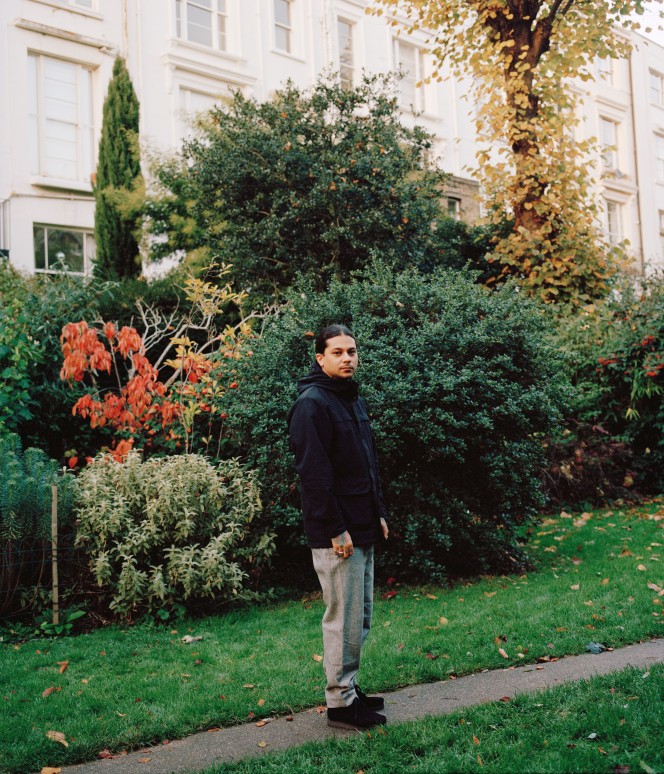 Nazanin: Has the musical and cultural fabric of West London inspired you and your work?
Elliott: My dad is one of five boys, growing up in West London doing the whole sound system thing, building bass bins, going to blues or Shebeen’s, so bass culture and Notting Hill carnival are ingrained in me. I often look back to the Windrush period and how that birthed so many things, including me, if that never happened, I wouldn’t exist. I’m proud to be a mixed race man from West London, my racial ambiguity, makes me feel futuristic, eventually everyone will be mixed and racially ambiguous and that thought makes me happy, because there should be no ‘Us’ or ‘Them’ – just ‘We’!

“I’m proud to be a mixed race man from West London, my racial ambiguity makes me feel futuristic, eventually everyone will be mixed and racially ambiguous and that thought makes me happy, because there should be no ‘Us’ or ‘Them’ just ‘We’!”

Nazanin: How was your evening at Stone Island Presents?
Elliott: I had a great evening in Glasgow. Everyone through to the sound guys and bar staff were all very accommodating and it makes things a lot easier when everyone is friendly and professional, it sounds like a given, but it’s a rarity.

NS: What attracted you to be part of that show?
EP: A company called &SON who work closely with Stone Island approached me, we both thought I would be a good fit aesthetically and sonically for Stone Island Presents and then it eventually came to fruition.

NS: What’s unique about the Glasgow music scene?
EP: Glaswegians are approachable and talkative, which creates a positive atmosphere and sense of community, that’s something unique to them and their club culture and I can’t wait to go back.

Listen to Elliott Power’s 2016 album Once Smitten below, and head over to Stone Island to shop the current collection.