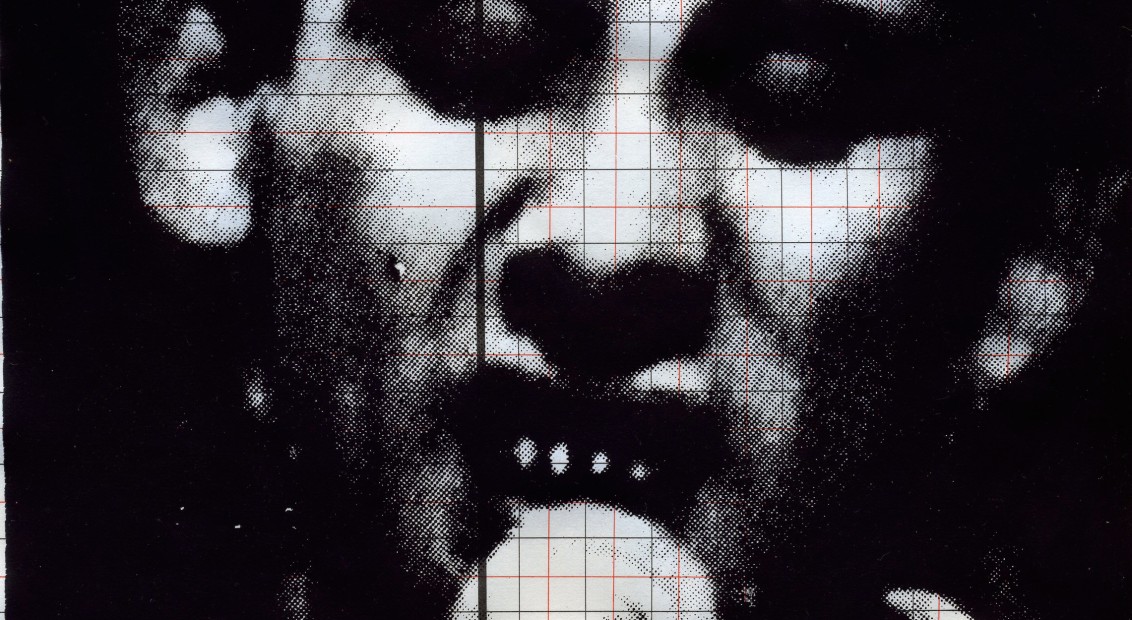 “There is no theme as such, these are just five artists that we are excited about,” remarks Pippa Brooks co-owner of M.Goldstein about Group Show, the gallery’s new art exhibition kicking off this week in East London.

M.Goldstein’s latest exhibition showcases five artists who, perhaps refreshingly, aren’t part and parcel of a singular scene or aesthetic. Brought together simply on account of taste, the exhibition features work across different mediums created at various times by the likes of Julia Fodor (aka Princess Julia), Nicholas Abrahams and Kingsley Ifill, as well as an exciting new collaborative project from Benjamin Kirchhoff and Andy Bradin.

The concluding subject of our three-part series is Kent resident and monochrome fan Kingsley Ifill, who shares the trajectory that led to the works in his 2014 portfolio, currently making a cameo on Hackney Road. 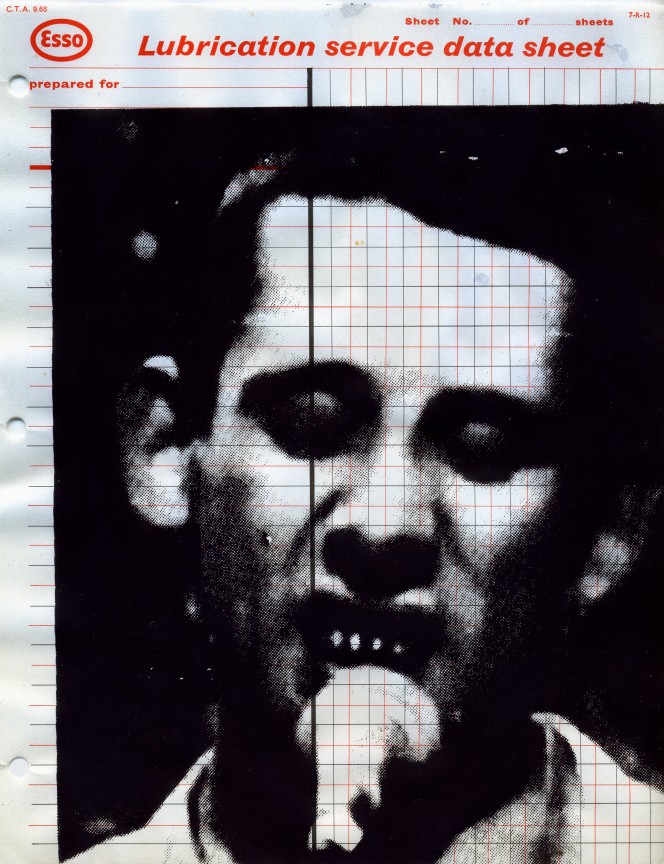 Zoe Whitfield: Hi Kingsley, can you tell me what’s inspiring you in 2016?
Kingsley Ifill: I’ve always found inspiration in getting away and travelling around, it usually serves as a way of refreshing the eyes. I recently just did a three-week residency at my good friend Danny Fox‘s studio in LA. At home in my own studio I’m surrounded by lots of machinery and my work is heavily reliant upon process, so it felt refreshing to be somewhere away from my comforts and scaling back to working simply with brushes rather than silkscreens. I ended up making a series of paintings using a leather belt which I found around a post on Skid Row.

ZW: And how did you first become involved with this new M.Goldstein show?
KI: I grew up working for Nathaniel (Lee Jones)’s family, clearing rubbish from dead people’s houses, so we’ve known each other for quite a while. A couple of summers ago, I had a studio in Shoreditch, just around the corner from M.Goldstein, so I’d always be dropping in whilst passing or, at the time I had a pool table, so Nathaniel would come in occasionally for a game. Pippa mentioned they were putting on a show together and asked if I would like to contribute.

“I’ve always found inspiration in getting away and travelling around; it usually serves as a way of refreshing the eyes.” 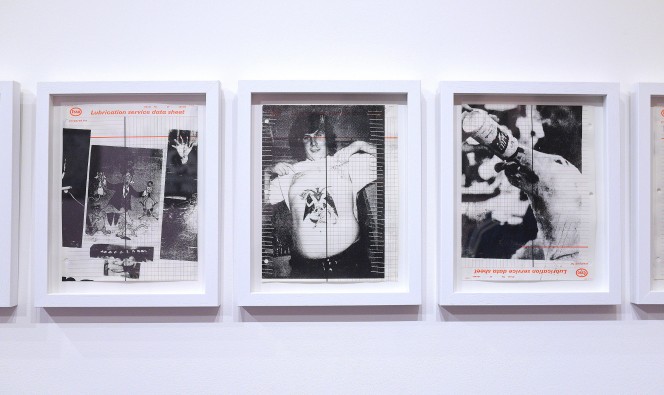 ZW: You work between Herne Bay in Kent and London, right? What’s the best and worst thing about that kind of set up?
KI: The contrast in the landscapes, the difference in air; the city absorbs people, the country lets you reflect. I actually see Kent more as just a base. You can go away and come back, the rent’s cheap, there’s lots of space, I’m alone pretty much the whole time and there’s no distractions. You can crack on with work, which is the opposite to London. In Kent, the studio overlooks the sea, but after returning from America recently the first thing I did was paint all the windows out. Now it feels like a box that could be anywhere.

ZW: So can you tell me a bit about the work you’ll be showing at M.Goldstein, and how you chose which pieces to exhibit?
KI: I’ll be showing six small works from a portfolio I made in 2014; single images that I was combining to make into larger pieces at the time. The images are silkscreened onto an ‘Esso mechanics paper’ that would have previously been used in a garage – I found it in a house I was clearing whilst I was working for Nathaniel’s family – it was destined to go on a bonfire. Destiny diverted, full circle.

ZW: Sounds cool. So, finally, as a nod to 2k16, someone rocks up to the new show and takes a photo of one of your pieces then puts it on Instagram: what’s the best caption they could give it?
KI: As my friend Liam says, “10 pounds of shit in a 5-pound bag.”

“…it felt refreshing to be somewhere away from my comforts and scaling back to working simply with brushes rather than silkscreens. I ended up making a series of paintings using a leather belt which I found around a post on Skid Row.” 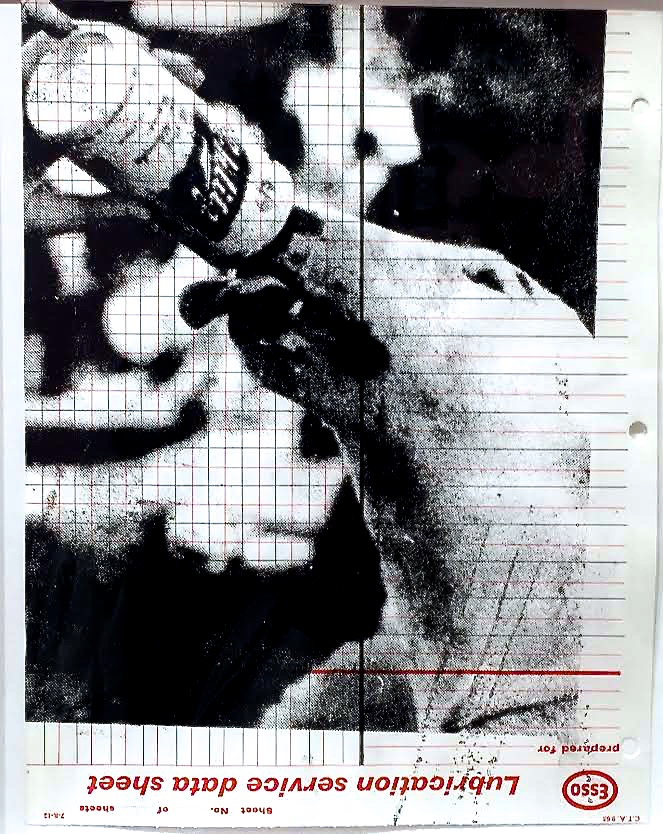