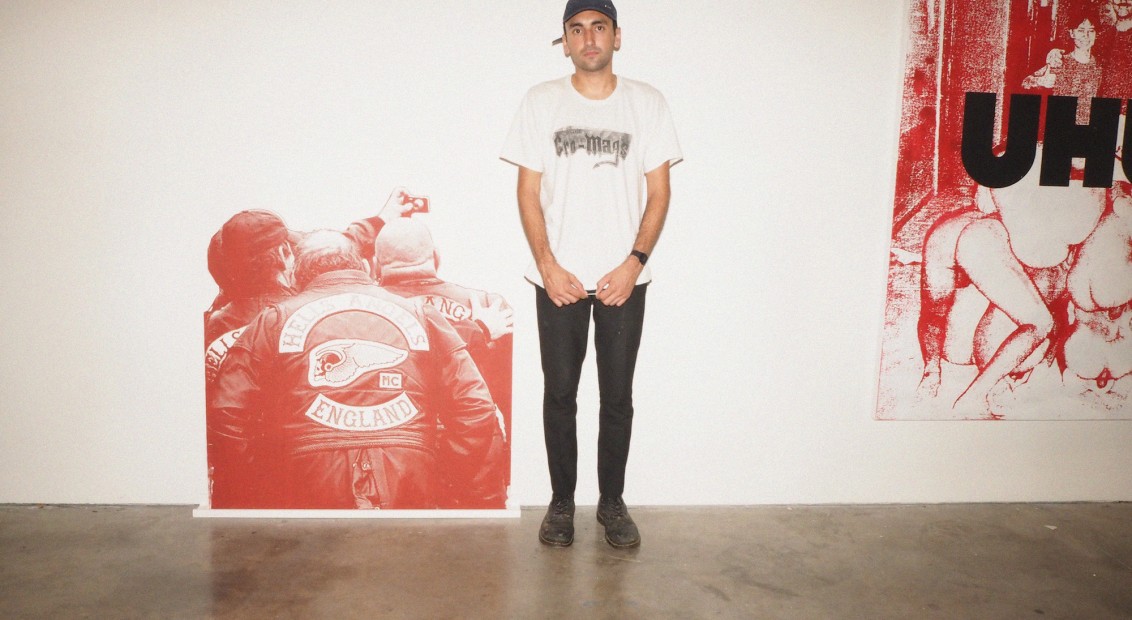 How Kingsley Ifill patchworked the past to create artworks anew

Artist, photographer and Herne Bay local, Kingsley Ifill, is about to launch his first solo show – Stutter – at the Cob Gallery in London. Curated by friend and filmmaker, Tom Beard, the two worked closely together developing ideas whilst fully immersing themselves in the nostalgia of the traditional British seaside. Originally studying mental health nursing, Ifill now works with the medium of print, using a collection of printers, photocopiers, and other tools. 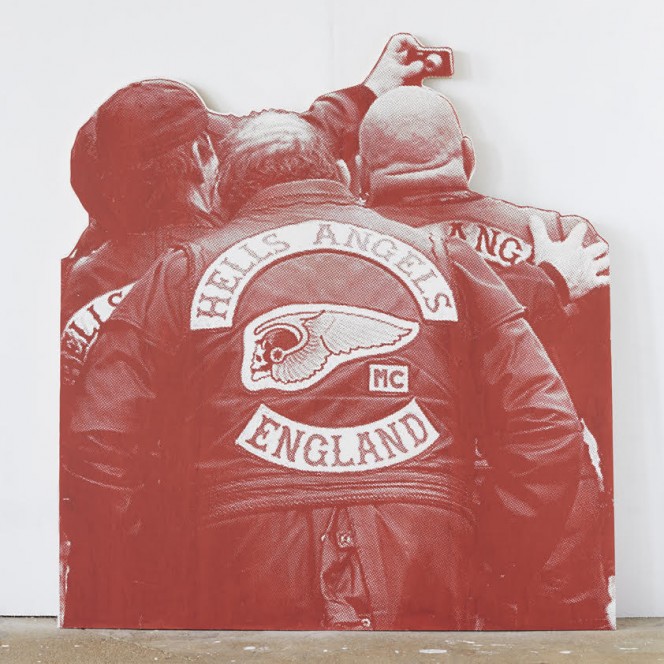 Luisa Le Voguer Couyet: Do you have any apprehension or pressure regarding your first solo show?
Kingsley Ifill: None really. For a second, I thought I’d bitten off more than I could chew by making personal invitations that ended up taking me about a week to cut out and file down by hand but work wise the last few months in the build up, it’s been the opposite to apprehension or pressure. They’re two words I’d associate with daily life outside of the studio and if anything I come in here to get away from such feelings.

LLVC: Is there a theme to your show, if so, was this predetermined beforehand or did it materialise after?
KI: No theme as such. It’s more like reoccurring questions and thoughts that are in conversation with each other, trapped in a limbo-like state faced with the possibility that there are no answers; schizophrenia with a volume of control that’s run out of batteries. All of which as a body of work has been a natural progression from day to day as a reflection of whatever is going on in the world or even just my head.

LLVC: What’s your practice like, can you describe the process?
KI: It differs from day to day, but generally I go in and out of existing singular print processes combining different techniques as an attempt to establish an alternative outcome. It seems like there’s constantly new machines and equipment being invented but I’ve got a steady set up now that’s taken me years to get together consisting of photo copiers, inkjet printers and silkscreens. All of which I feel have the capacity to be explored further. 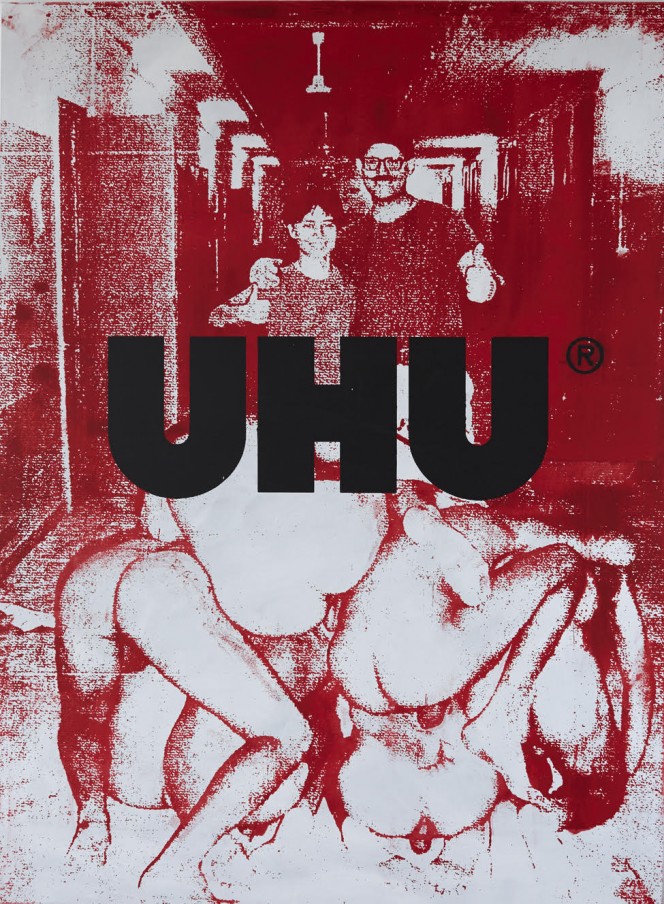 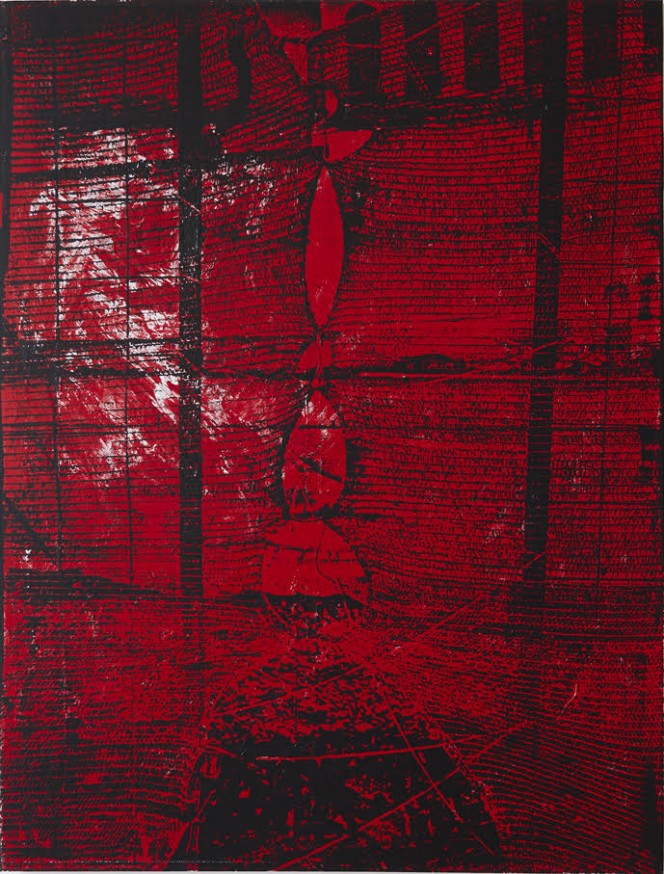 LLVC: What draws you to themes of nostalgia?
KI: I don’t think I am particularly drawn to nostalgia. Maybe photography could be labelled as nostalgic in the fact that in order to see a photo, you have to look back on a moment. But personally, with printing and painting, it’s the opposite, using elements of the past to create something new, for now, rather than for a period that’s already past.

“With printing and painting, it’s the opposite [to nostalgia], using elements of the past to create something new.”

LLVC: What was it like growing up in Herne Bay, how is it changing, and does this change ever make you nostalgic for the past?
KI: Good, nothing to complain about. It’s a typical small seaside town without the hope of being anything other than what it already is. It has it’s nice parts and bad. Everybody gets by. You can leave for five years, come back and you know it will be the same. New shops open, but then they usually close down. There’s no golden arches, no Starbucks, no frockamockachinos. Nostalgic for the past? When I was a kid, there was probably about fifteen pubs in half a square mile. Nobody sat at home at night after work unless there was something worth watching on TV. Everybody went to see each other. It seems like there’s less faces around now. I wonder if they’re dead, moved away or just at home on the computer. 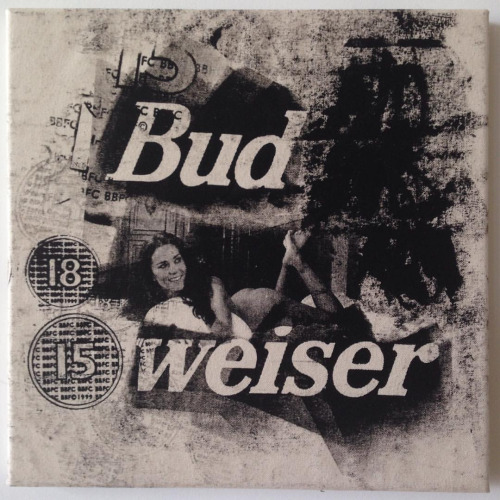 LLVC: What does nostalgia mean to you, Tom?
Tom Beard: Flying saucers

LLVC: Have you worked with Kingsley before?
TB: No – just lots of late nights and long conversations.

LLVC: What’s your favourite memory of your relationship?
TB: Visiting Kingsley’s studio in Herne Bay for the first time was a definite stand out moment – the British seaside carries its own obvious nostalgic attributes, but at this particular time with such a divided Britain, for me seaside towns feel like very different places to my memories of them from childhood, now they feel quite remote – Herne Bay feels like a forgotten holiday town. Walking around you see a changing face of Britain and that in itself conjures its own nostalgic ideas, I like traveling there from the city, the train ride and the quiet isolation that I feel there, has been freeing for me – seeing Kingsley’s work grow and this show come together with the sea as a back drop has been a real pleasure.

LLVC: How did you go about curating the show?
TB: Many trips to the seaside – discussions over fish and chips in the Spooners and late night drinks. The work has really developed over the last few months in the build up to this show in scale and style and it’s been a privilege to see it happen first hand.