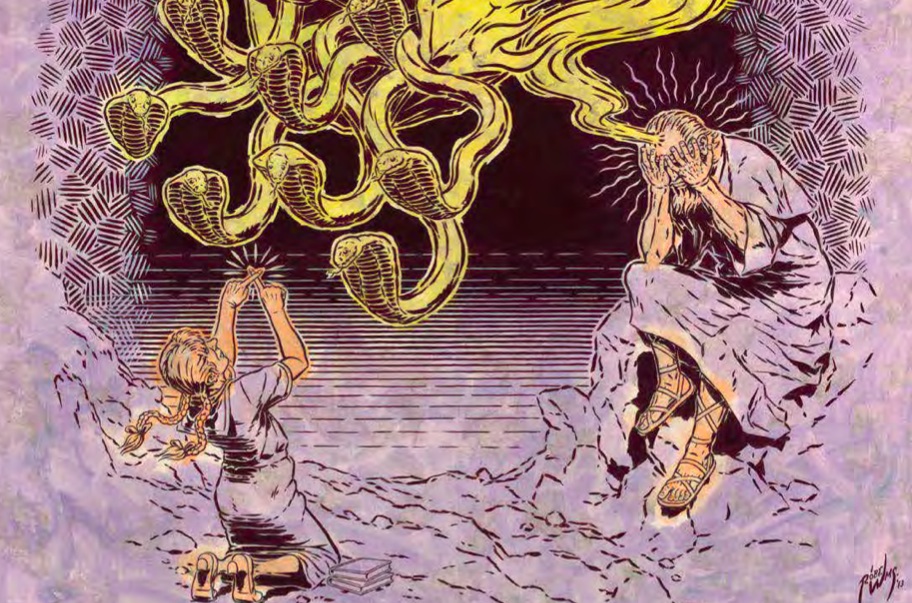 Williams is perhaps best known for his 1979 painting Appetite for Destruction, which provided both the title and cover art for Guns N’ Roses’ debut album, however, it is as part of The Zap Comix collective that he really made his name in counterculture art history, before founding his own publication, Juxtapoz, in 1994.

Like Mad Max meets Russ Meyer, Williams’ characters – busty women, hot rods and desert aliens – exist in a surreal fantasy world that found itself at home with the West Coast surfer scene and it didn’t take long before his irreverent artwork found its way onto the bottom of skateboard decks, from Cali onwards. Here, Williams talks us through his footwear collaboration and joins the dots between the West Coast’s skate and art cultures. 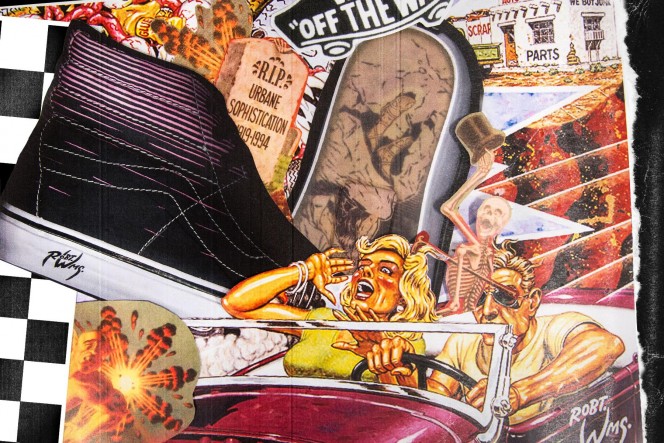 “My interest in skateboarding came from when the skateboard got larger and on the bottom, there was room for artwork. They started picking up artwork from the surf and hot rod culture and it was kind of irreverent artwork, disrespectful to modern social norms.”

Alex James Taylor: Why did you want to collaborate with Vans for this project?
Robert Williams: This is a simple question but it could be made not so simple. I’ve always been very sympathetic for things that are ‘California.’ I’ve certainly enjoyed being young in California and the energetic spirit of the west coast. At the time, all of my friends were wearing Vans, I was wearing Vans and it was impartial to the car and surf world. There was a comfortable poetry about Vans. The world I functioned in (the art world in the 60’s, 70’s and 80’s) was pretty rambunctious and not conducive to having a company want to join hands with me. But it seemed like the tides were turning and Vans seemed like a comfortable association.

AJT: Have you been exposed to skate culture much?
RW: When I was young, in Alabama and New Mexico, I roller-skated and when I was a teenager, I learned to ride a unicycle and I raced bicycles. As I grew up, I rode motorcycles, so being part of skate culture came later for me. Skateboarding came in 1963 and then it kind of went dormant. When it came back, it came back with a really serious approach. My interest in skateboarding came from when the skateboard got larger and on the bottom, there was room for artwork. They started picking up artwork from the surf and hot rod culture and it was kind of irreverent artwork, disrespectful to modern social norms, that I enjoyed. That’s where I had my bonding with skateboards. Consequently, there are many skateboards with my artwork on them. 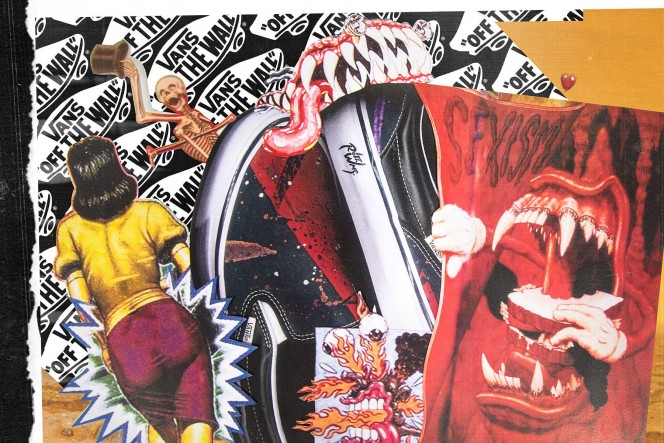 AJT: Talk us through some of your design inspirations?
RW: My artwork started out when I was a young child with animated cartoons and comic book art. From there, when I was a bit older, I started understanding Surrealism and fine art and then I got into serious comic book art and monster posters for big movies. I was always fascinated with the horrifying pulp magazine covers on the newsstand. Another influence that hit me hard was the exaggerated art banners at carnivals. I tried to get into the fine art world but it didn’t have much room for my eccentricities, but then, I got into Zap Comix.

AJT: How do they translate to your Vault by Vans collection?
RW: Vans had been very open and liberal with tolerating my artwork and I explained to them in the beginning that I dealt in questionable material and that they would be free to use anything that I had. But I cautioned them, they also realise that I had both feet in the art world. Thrasher magazine had welcomed me and Surfer magazine had my work in it. These were both considered a west coast phenomenon and Vans was a west coast institution. That’s how it came about. I’m very honoured that Vans would take on an adventure like me. 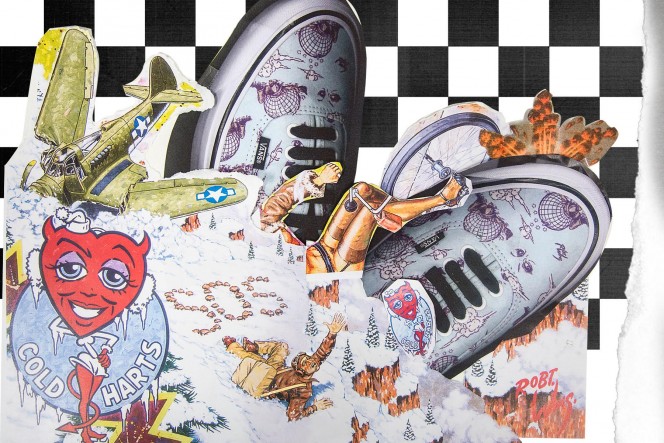 AJT: And how did you select the pieces that would be included in the collaboration?
RW: Since a number of my pieces are beyond the scope of good morality, certain judgements had to be made. Having been involved in underground comics in the 60s, I was involved in many tumultuous situations. The Vans team and I sat down and went through the artwork that would best lend itself to the Vans product line.

AJT: Your work has been heavily associated with a cult California aesthetic, what do you love most about California?
RW: Well, there are a number of things besides the obvious ones such as the weather, typography, the mountains, the ocean, and the free spirit and everything. As people progressed west in the 50s and so on, they tried to bring along Victorian culture along with them to San Francisco – the first large city. It was successful because of its bay and ports and it turned into the New York of the west and the enormously wealthy fled into San Francisco. They wanted to bring in culture, so they brought in opera houses and tried to be very cultured. From there, what happened was the culture was misinterpreted – it was “west-coast-ed.” There was a transmutation of cultures and the west wanted to transplant that stale Victorian culture from Europe. In the transplanting, things became so warped they couldn’t pull of the snobbery that the East Coast had. All the energy ended up on the West Coast while all the sophistication ended up on the east. Hot rods, outlaw motorcycle crews, surf, and skateboarding cultures all had graphics. The East Coast didn’t have it, they had the snob effect of art. All of these wonderful cartoons were coming out of California, and that’s why I love it.

The Vault by Vans x Robert Williams collection is available now, for stockists visit the website.