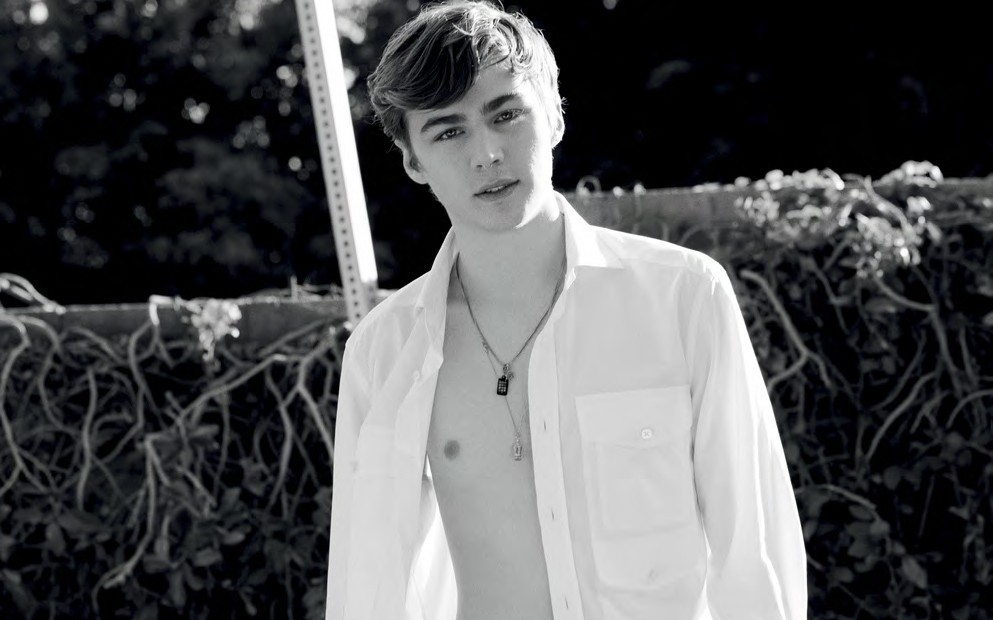 To celebrate the release of Henry Joost and Ariel Schulman’s new techno-thriller Nerve, we’re revisiting our HERO 13 interview with the film’s star Miles Heizer. Having just wrapped Stanford Prison Experiment, the in-demand actor talks us through his love of School of Rock and his side-line hobby, music.

Miles Heizer’s recurring role as the gauche Drew Holt in the hit NBC drama Parenthood means that time off work is infrequent at best. Fresh from filming his latest project, a feature film adaptation of Philip Zimbardo’s controversial Stanford Prison Experiment, the twenty-year-old actor is making the most of a brief spell of spare time. And so it was that at 11.30am Los Angeles time on the morning of our interview we found the actor still in bed – albeit busy working on his music and preparing for an audition later that day.

Alex James Taylor: Hey, how are you today?
Miles Heizer: I’m pretty good thanks, how are you?

AJT: Yeah not bad. What are you up to?
MH I’m just chilling at the minute but I have to go to an audition later on.

AJT: So when you aren’t working what do you mostly get up to?
MH: My main hobby is music, I record a lot, I really love making music. Other than that, I guess I’m really boring, I like hanging out with my friends, I live with my friend Mae [Whitman, co-star in Parenthood] and we do random things together. We went to go see Fifty Shades of Grey yesterday.

AJT: There’s so much buzz about that film right now, did you enjoy it?
MH: Well I wanted to read the book straight after watching the movie, so I guess it worked.

AJT: I came across your SoundCloud page earlier actually and a few videos you uploaded on YouTube. You’ve got this really cool slacker, hip hop vibe, it’s nice to see someone branching out into different mediums.
MH: Well thank you, that’s really nice. I really enjoy it and it’s so much fun right now because I can just put it on SoundCloud and not worry about it, there’s no stress that comes from it.

AJT: Yeah it’s good to have something you enjoy that chills you out in your spare time. Which musicians are you into at the moment?
MH: I like Tweet a lot. She hasn’t released a lot of stuff very recently but I came across this album of hers from 2002 called Southern Hummingbird, it’s a great record. I love Taylor Swift also, just a side note [laughs].

AJT: You can’t forget about Taylor.
MH: No way. 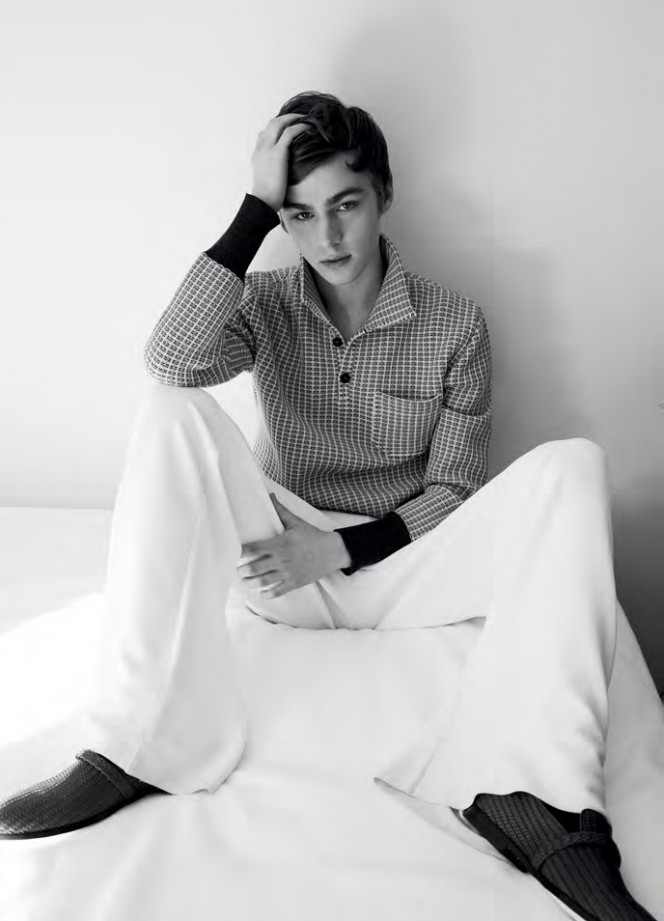 AJT: I saw that you played a set at The Smell in LA last night. I’ve heard so much about the venue, everyone keeps saying how amazing it is and how many great bands play there.
MH: Yeah, I’d never actually been there but I’d heard about it like a million times and my friend Lewis, he started this record label a few years ago and ended up hosting a show there. He asked me to play a show and I was like, “Of course!” and got really excited about it. It was so much fun, it’s really dark and weird there and there were loads of people.

AJT: Is that the first time you’ve played for an audience?
MH: Pretty much, I played live one other time like a few weeks ago, but the set last night at The Smell was my first proper one. It was really terrifying and I was so nervous.

AJT: Yeah I can imagine, did people recognise you?
MH: Some people came because I put it on Twitter but, I was so embarrassed, I can’t even explain [laughs].

AJT: So you’ve just finished filming your new project The Stanford Prison Experiment, how was that?
MH: It was so fun. Before I got the job they had already hired a lot of people for other parts and I knew seven or so of them very well, so I was really nervous and hoping that I would get it. It meant that the whole time we were filming it was just like a bunch of friends together, it was so much fun hanging out. It was really interesting seeing how it came out too, I feel like the whole time we were laughing and having fun, forgetting the seriousness of the subject, so that was a really interesting juxtaposition there. I’m so excited about that project, I’m really happy to be a part of it.

AJT Did you know about the Zimbardo study the film is based on beforehand?
MH: Ironically I knew about it before I auditioned for the film because I helped one of my friends prepare for his audition for it like seven months before I had mine. Then I spoke to my sister about it because she’s a psychology student and had heard a lot about it. She told me more about it and I became fascinated.

AJT: Yeah, I also studied it for Psychology when I was at school and it had the same impact on me. It’s such an intense situation; it must be really interesting to be a part of the film adaptation.
MH: Totally, so interesting.

AJT: Were you cast as a prisoner or a guard?
MH: I was a guard, the director Kyle [Patrick Alvarez] is knowledgeable about the whole thing, if you had any questions he knew everything and a lot of it was very closely based on transcript’s from the actual study. We also worked with [Philip] Zimbardo, the professor who did the original experiment, so it was all very accurate – even the set was an identical replica of the actual prison and the uniforms were exactly the same. I’m sad we’ve finished filming it.

AJT: Compared to Parenthood, which is filmed over a longer period of time, I imagine doing a feature film project such as this is far more intense as it’s filmed over a shorter time period.
MH: Definitely. Well, with Parenthood we wouldn’t be there that long, we didn’t work every day by any means as there was such a big cast which means you aren’t always needed. There’s also a feeling of it’s never ending, when one season ends it’s like, “I’ll see you guys in a couple of months then.” Shooting the movie was really interesting, you’re there almost every day for about twelve hours and it’s a really intense bonding session between everyone. Plus there’s an actual end to the whole thing.

AJT: I guess it’s nice to have a proper end, so you can tune out and move on.
MH: Totally, you can switch off. 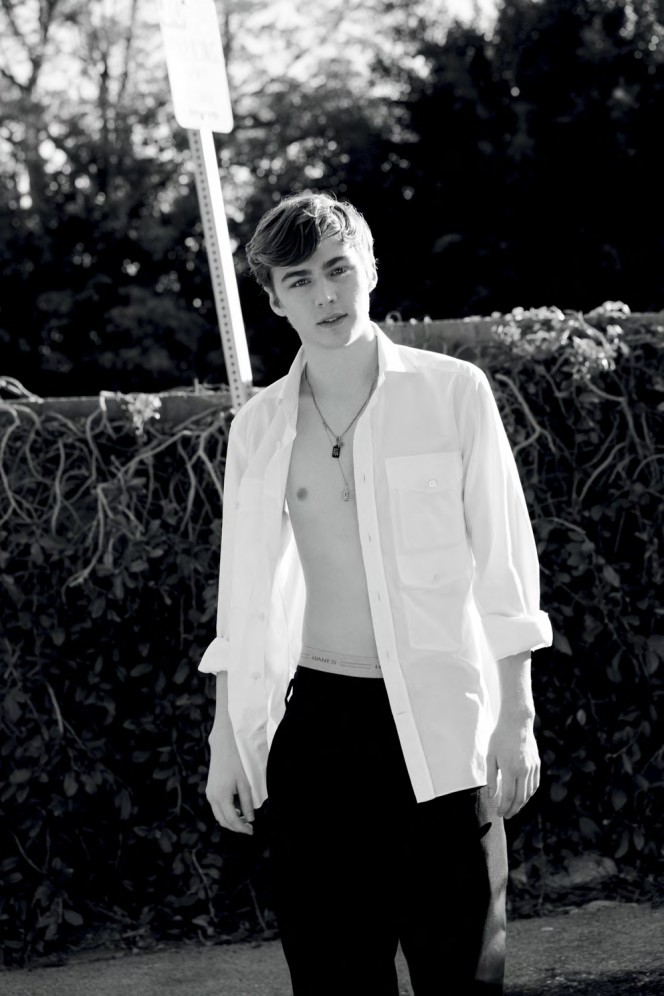 AJT: Lastly, is there any particular film that made you think, “I definitely want to take up acting?”
MH: Well, I wish that I had been in School of Rock, because when I was younger that movie was the movie. It really made me want to be an actor – that’s so cheesy. But I remember seeing it when I was little and loving it so much, being like, “I wish that I was in that.”

AJT: Yeah it’s a real classic. The other day I actually had the song from School of Rock stuck in my head for ages, you know the one right?
MH: [singing] “Today’s assignment… KICK SOME ASS!”

AJT: That’s the one! I didn’t expect to get you singing in this interview, there’s a bonus.
MH: [laughs] I love that song, the whole soundtrack is iconic.

AJT: Maybe one day you will get to meet Jack Black and thank him.
MH: I actually have, I was auditioning for something that he was in and I ended up reading with him. I told him, “School of Rock was vitally important to me growing up.” Also, About a Boy, I remember thinking that I wanted to be in something like that.

AJT: Yeah, I’m about the same age as you so I remember when both those films came out too.
MH: Oh yeah, how old are you?

Nerve is out in UK cinemas from 11th August.