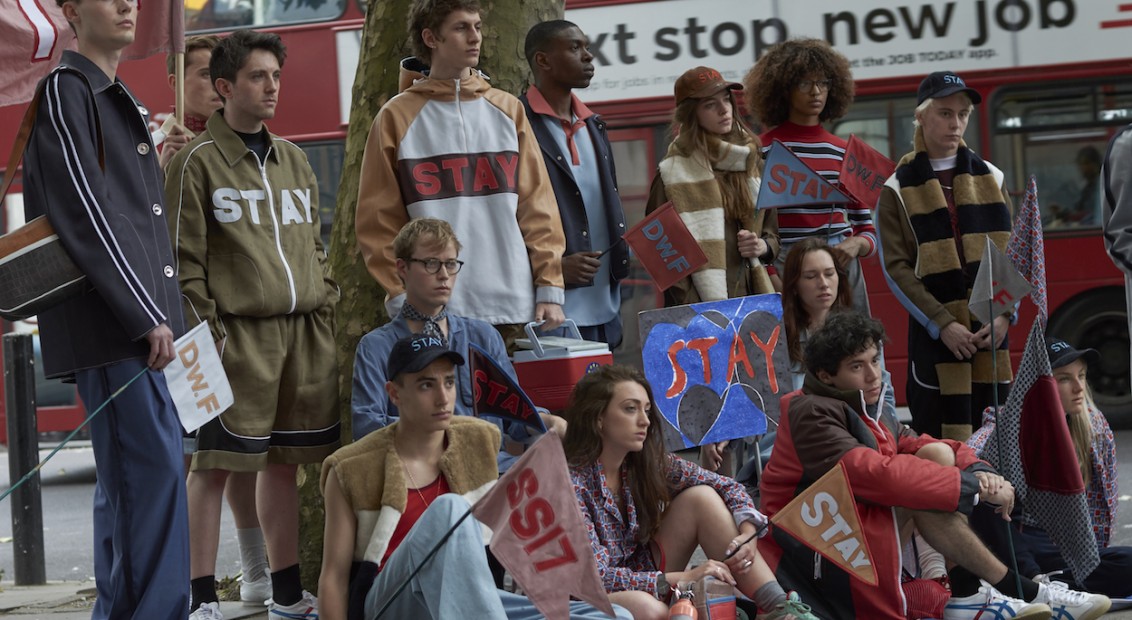 Daniel w. Fletcher encourages you to vote ‘IN” with a SS17 LC:M protest

Nascent London designer Daniel w. Fletcher has made it quite clear that, come 23rd June, he will be crossing the ‘IN’ box at the national EU referendum.

Yesterday, we exclusively screened a new fashion film from the designer showcasing his SS17 collection. Telling the journey of eight boys travelling out of London to set up a protest camp aiming to encourage voters to stay in the EU, the video plays out as an ode to union, showcasing Fletcher’s unique blend of political expression and tongue-in-cheek whimsy.

Marking his new collection, yesterday Fletcher set up a mini protest outside the BFC building during LC:M. Standing side by side with his models, the group held aloft placards, banners and flags bearing the slogan “STAY”, making their views known. 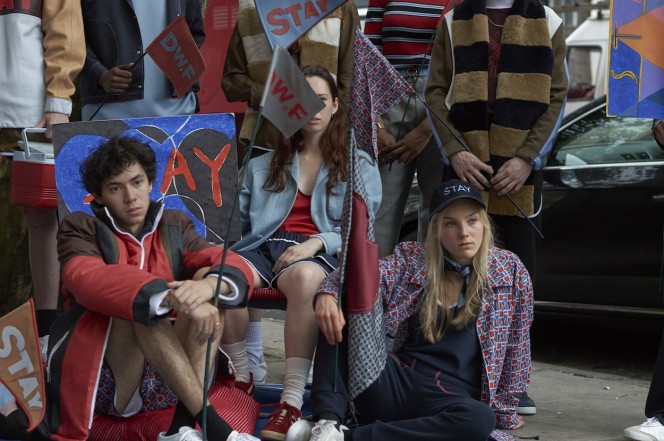 “This collection is a celebration of the relationship between the UK and Europe, I hope people will see it and be reminded of what a special relationship this is and vote to remain in the EU on June 23rd,” said Fletcher of his new offering.