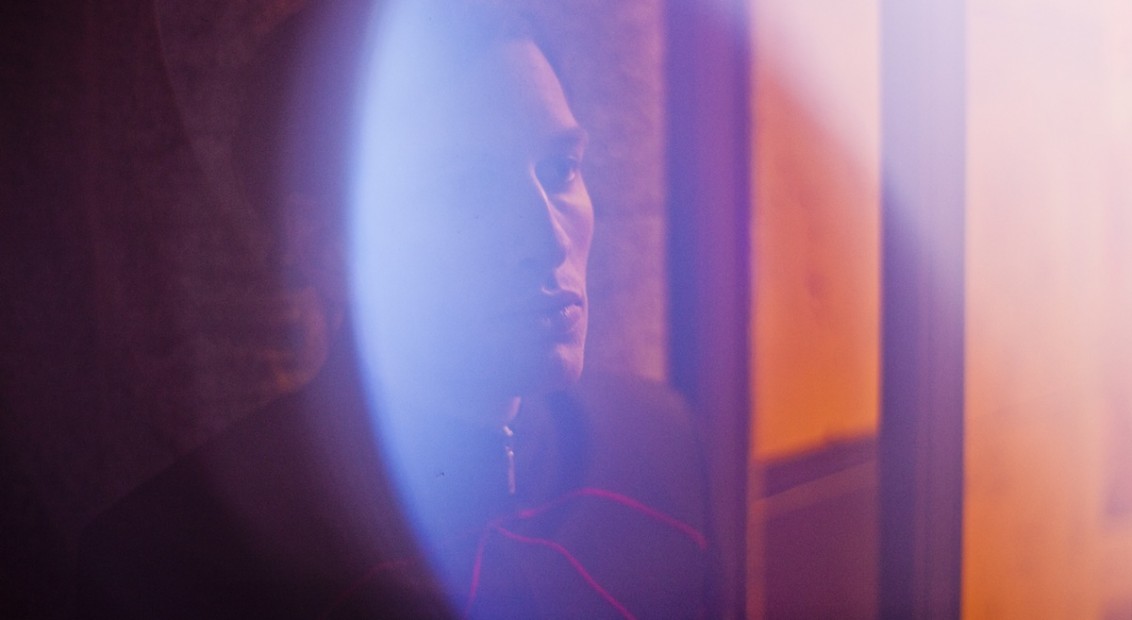 Producer, multi-instrumentalist and vocalist Andrew Fox, better known as Visuals, has recently returned from his adopted home of Berlin and put down roots back in New York. His new EP, The State of Things combines the sounds of dark techno found within Berlin’s club walls with New York’s hazy aesthetic. Recruiting longtime friend and collaborator Dave Harrington (of Darkside) on co-production duties, Fox’s latest project juxtaposes haunting vocals within solid melodies, creating an ideal surrounding for self-discovery. Here, we premiere Visuals’ new video and speak to Andrew about Berlin, New York and

Sam Kavanagh: Where did it all start?
Andrew Fox: My folks were heavy into music, my dad had a used record shop back in the day and my mom sang and played guitar since she was fourteen of fifteen. Because of that, my super early influences were their classic rock and blues tastes – the usual suspects but also more obscure acts like The 13th Floor Elevators, and folk records, particularly English folk-rock like Pentangle and Steeleye Span. Growing up I was playing a lot of jazz and blues; I would drift off at night to Miles [Davis] and wake up every morning to BB King.

SK:  You’ve said in the past that your music skills as a child were very ‘primary’, when did your electronic music taste start to form?
AF: When I was a teenager, genre became important in general, because at that point I identified more as a blues and jazz nerd than, lets say, a 3rd wave punk rocker or hip hop dude. My interests in electronic music became more focussed after I had moved to New York: Suicide, Throbbing Gristle, Gary Numan all open the doors to electronic music.

SK: You’re going to be touring with Darkside’s Dave Harrington, how did you two meet?
AF: Dave and I first encountered each other by chance in Boston over a decade ago. I saw him play bass and he was simply the best musician I had ever seen, in fact I was totally jealous because he could play so effortlessly. I was studying music and literature and Brown University at the time, and a couple years later he transferred in – immediately I jumped on the chance to work with him, and eventually wrangled him into being my roommate. To this day we are still pushing one another, we live and work two blocks away from each other in Brooklyn and are constantly dropping in for sessions.

SK: So you adapted well to the city?
AF: In Berlin I needed to find likeminded people and therefore let myself be open. My main musical collaborations in Berlin came from meeting people in the art and film world, and then getting close with a circle of poets.  The connections were more spontaneous and had nothing to do with the music or social world I knew, at least initially. There is a lot of cross talk between the cities in the various creative worlds – but I feel actually the music community in New York is much more centralised and obvious. Berlin is spread out, there’s certainly collaboration but a lot more people working in isolation, it seems.

SK: The State of Things EP – can you explain the meaning behind the tracks and what your process of writing for these was?
AF: With the title track, I imagined if all the things we experienced in five minutes on the internet were in front of us physically – you’d be walking down this street filled with mirrors, musicians, soapbox commentators, art punks, cameras, piled on top one another. Its easy to get lost. In many ways the EP is about getting lost, in the state of things, in nostalgia, in the city, in love.

“Louis McGuire, the drummer and producer I collaborated with on these songs, had spent half his young life dancing in Tresor and Berghain.”

SK: Between Berlin and New York, your music brings the cities sounds together was this a conscious decision?
AF: A conscious decision – and part of why I wanted to relocate after the initial honeymoon phase with the city was over. Louis McGuire, the drummer/producer I collaborated with on these songs, had spent half his young life dancing in Tresor and Berghain. He also was involved in indie bands – he had just left Ballet School before we’d connected. Genre is less important to me than seeing all my songwriting as a soundtrack.

SK: What’s next for Visuals?
Soon I head off to Europe for about two months, for Visuals shows and with the Dave Harrington Group. I’ll be spending time in Paris, London, and Berlin, writing, showcasing, absorbing. But in general this year: I’m gonna make an American record.

Visuals’ new EP ‘The State of Things’ is out now. Listen in full at Visuals’ SoundCloud.