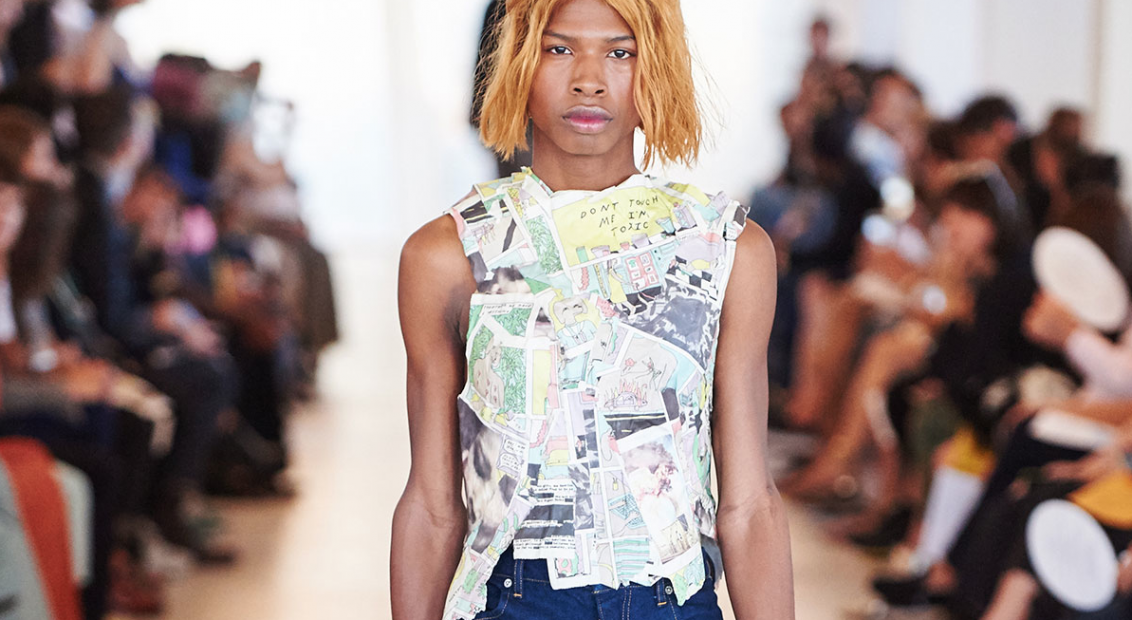 Forbes has announced its 30 Under 30 for 2016, spotlighting some of the world’s brightest young talents on track to lead – and change – their industries in the coming months. From music (including The Weeknd, Schoolboy Q. and Grimes) to art (like Petra Cortright and conceptual artist Ryder Ripps) this year’s creative winners are consistently heavy hitters.

A partnership between Chinatown-based Mike Eckhaus and Zoe Latta, the relatively fledgling line’s menswear and womenswear focusses on feel and form, engineering textiles into new silhouettes. These designers are key to the exciting menswear new wave that’s bubbling on New York’s fashion landscape, one that’s ditching masculine archetypes in favour of a more individual way of dressing. And with new platforms rising around it  – like the recent addition of a dedicated men’s New York Fashion Week (which Eckhaus Latta showed at for SS16) – it’s clear big things are ahead.

“We are interested in the space where individuals define themselves through how they decide to dress.”

Tempe Nakiska: You design both menswear and womenswear at Eckhaus Latta, how distinct is the definition between the two?
Mike Eckhaus: Defining menswear within Eckhaus Latta has been very fluid for us. Initially there was no separation between what we considered menswear and womanswear. Certain garments inevitably gender themselves due to cut, however, Zoe and I are interested in the space where individuals define themselves through how they decide to dress.

TN: What sort of challenges do you think New York-based menswear designers have to face, compared to, say, designers who are based and show in London, Paris or Milan?
ME: New York as a whole faces certain challenges that do not present themselves in cities like London and Paris. Fashion exists in a highly commercial atmosphere here, thus creating an interesting space to deviate from the norms that have so strongly come to define ‘New York Fashion Week’.

TN: How has menswear design changed over the past few years in New York?
ME: As a whole it seems we have become increasingly interested in straying from archetypes of masculinity and more focused on the nuances of one’s character. 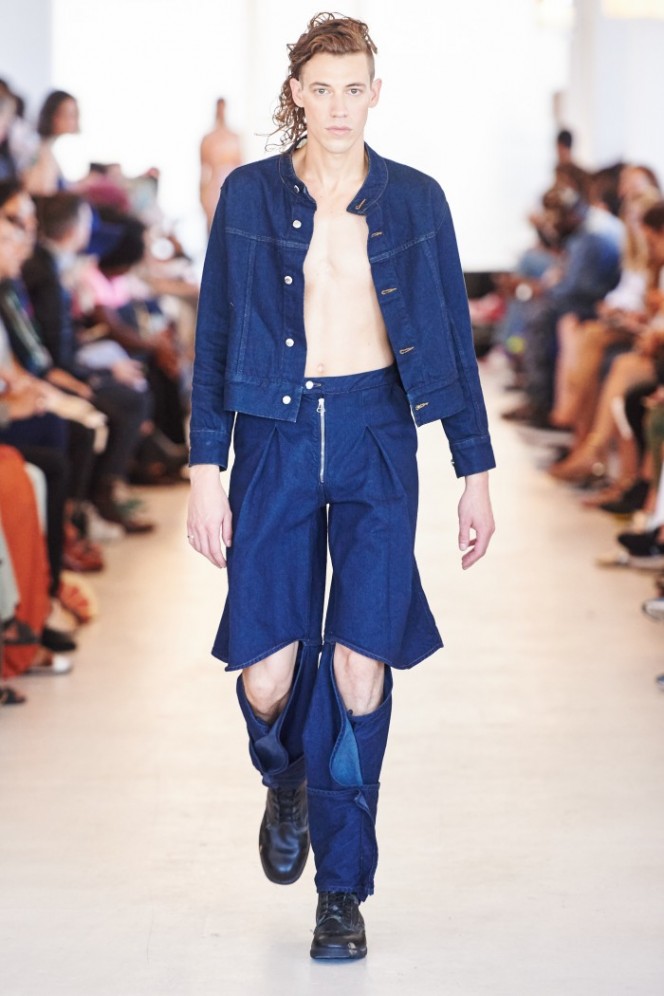 TN: Gender is a huge topic of debate at the moment, in a transitional time when fashion in relation to ‘masculinity; is being thrown into question. And it can feel tired at times. Do you pay much attention to the discussion?
ME: Eckhaus Latta is not interested in labelling people’s identities. Our goal is to impart individuals with a means of defining themselves with the assistance of clothing.

TN: You lecture in the fashion design department at Parsons’ The New School, I imagine it would be an interesting exposure to New York’s young fashion landscape. What kind of things are you seeing?
ME: The role of being a teacher is rather new for me so I have not yet been able to see trends and their impact within the institutional structure of academia. However,  many of my students approach their work through nontraditional means, exploring the growing expanse of what defines menswear. I have yet to have a student who’s strictly focused on exploring classic tailoring  and suit making which I find very interesting. The language surrounding menswear has become jumbled in a similar means to women’s ready-to-wear, there is no longer a feeling of strict codes.