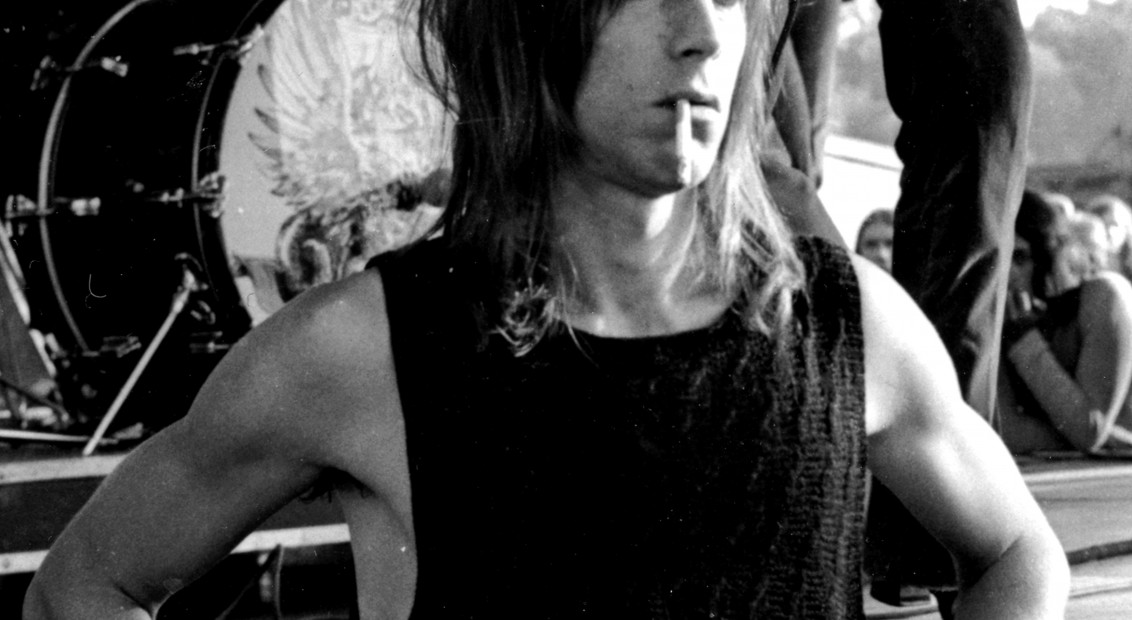 Hues of the acidic kind paired with smashing motifs fence Katie Eary’s core aesthetic. My Little Pony – a jizzing, not-so-innocent Pony – was placed at the forefront of her last collection, playing as commentary on our censor-obsessed, ostensibly innocent society. What can we expect for FW16? Change is in the air.

“I’ve been attracted to a period of time (the early seventies) when all manner of new creative forces were cross-pollinating,” Katie explained about the starting point of her collection. “Inspired by The Sacred Triangle documentary, directed by Alec Lindsell, as well as Bowie, Iggy & Lou 1971-1973 were particularly inspirational. The latter was based on the influences artists Lou Reed and Iggy Pop had on David Bowie and how Bowie had also been fundamental in nurturing their careers in the seventies.

“I was struck by the way art, film, fashion, theatre were all becoming mixed in new ways. For example: Andy Warhol’s Pork (1971) was shown at LaMama Theatre in New York for a two-week run; the Roundhouse in London then showed it; Angie and Bowie took inspiration for his own stage performance/approach, which then meant that music and art came together in the form of a Lou Reed and Andy Warhol collaboration.

“I’m excited by the types of clothes being worn during this period: the early Art Rock/Glam Rock styles, but also wilder, more outré, cross-gender stuff as with proto-punk bands The New York Dolls and The Stooges. To me it was broken glamour: gender-blurring, bohemian and overtly sexy.

I mixed and melded men’s and woman’s clothing; my design approach is exactly the same; it felt very natural to mix and blend. Effectively I’ve been developing my idea of gender fluidity with the story of rock stars, artists, playwrights and muscos/groupies.

I was taken by Iggy pop and Nico’s fling, leading to the idea of them swapping clothes in the process of creating music and being lovers: this rule applied to all rockstars (of that time) with their lovers. It’s my version of a magpie-androgyny.

I’ve been really keen to develop my prints, as its part of my heritage. I’ve been inspired by taking masculine classics – candy stripe and polka dots – and adapting them to create something exotic and feminised. It feels mature.

“The colour palette is rich rather than the usual, over-saturated, high-gloss sheen. The tonal-rich colours combined with beautifiul-yet-dark creatures and motifs – bar the fish (which has human eyes – naturally) – results in something more finalised. Placements and colour makes them come alive – as opposed to relying on shock-imagery.

“Last season I focused on the kids within a movement, inspired by the rock star/agitator; this season I’m looking to the players themselves: the instigators, their retinues/entourages, lovers and co-performers. Straight to the stage: the rockstars and their lovers.”