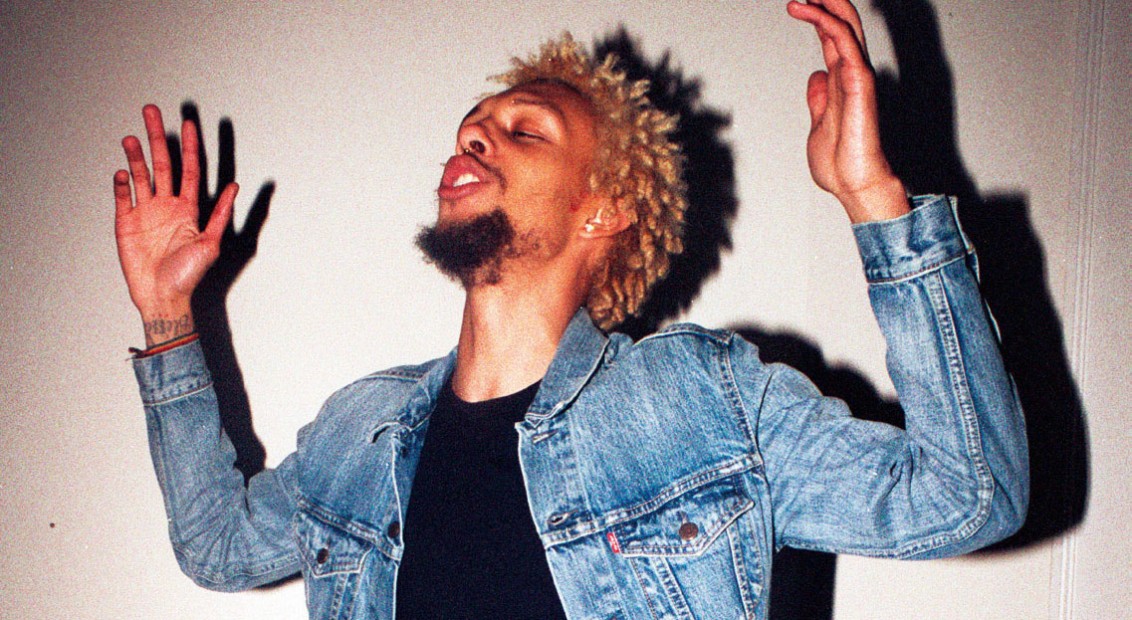 HERO 14 focuses its gaze upon Detroit, a city on the precipice of a defining age. From ground level a ballsy, collaborative music scene thrives, channelling the passion and determination that reverberates throughout the city. It’s time to plug into Detroit’s beat and press play on the playlists inspiring the bands at the vanguard of this fresh scene, featured in our new issue.

Detroit hip hop artist Supakaine writes with substance. Translating his personal experiences into verse he is driven by a first-hand angst and raps with zealous tone. Harnessing the Detroit soundscape Supakaine aligns a tight formula with a 0-100 maxim.

“I started producing when I was around fourteen, maybe fifteen. I was in a group for a few years. And we broke up around summer 2013, and I didn’t know whether to go back to school, or what,” explains Supakaine in HERO #14. “I was at a point where I didn’t know what to do. I spent two years on Ghetto America so that I could feel comfortable releasing music again.

Having released Ghetto America – his debut full length mixtape – this summer, Supakaine is feeding the buzz that resonates from him and deserving of the acclaim that follows. Ripping up venues across the US, this Detroit native has a deep-felt message hard wired to his sound that he delivers with fervent flair. “If someone can have a change of thought by listening to what I’m saying, by not being a follower, by bossin’ up and being a leader, then we can change things.”

Here, he spins a nine track mix featuring songs that have inspired him throughout his career. From MJ’s slick moves through Kanye at his backpacker best, to Haim’s sun-kissed Cali vibes, for Supakaine it all resonates. Spin the dial and feel the speakers through your sneakers.

Crack Music by Kanye west
“Kanye is my favourite artist ever, we’re both delivering a similar message, and The Game was on that track too.”

Clean Up Man by Dex Osama
“Hit the freeway and ride out to this shit. Gangster Detroit shit.”

Trapped in my Mind by Kid Cudi
“This is one of the songs that got me through when I was down and going through some shit. Cudi made it cool to just be yourself again.”

Falling by Haim
“Dope band to me, I really like the whole album.”

Get Away by Kehlani
“She’s beautiful & an amazing singer-songwriter.”

JM by Prada Leary
“The closest thing to my life that’s not MY music, real rager, rockstar vibe that Prada building, sounds of the future. Zag.”

Thought it was a Drought by Future
“This the ghetto bible… any future gon’ take you there.”

Falsetto by The Dream
“One of those songs that started making me like male R&B. The production & the way it tied into the album was flawless.

Billie Jean by Michael Jackson
“I remember going outside and trying to do the same dances as MJ when my grandma would play his videos or music, it was lit.”

Sing this Song by Supakaine
“This was the first song recorded for my record Ghetto America. Real personal & therapeutic. Being able to get shit off my chest.” 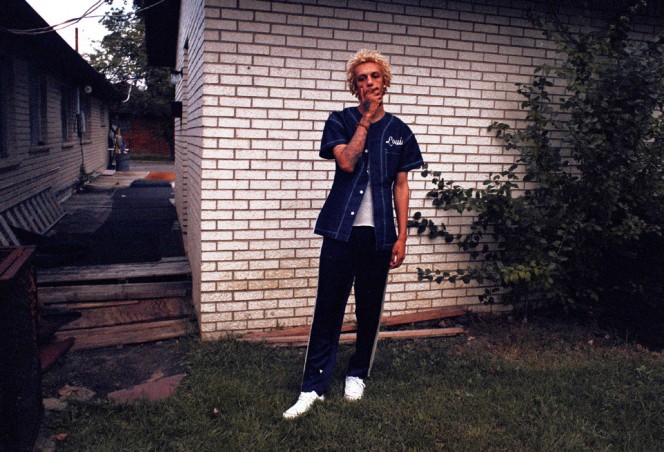 Tank tops, shirt and trousers all by LOUIS VUITTON SS16; sneakers from CONVERSE