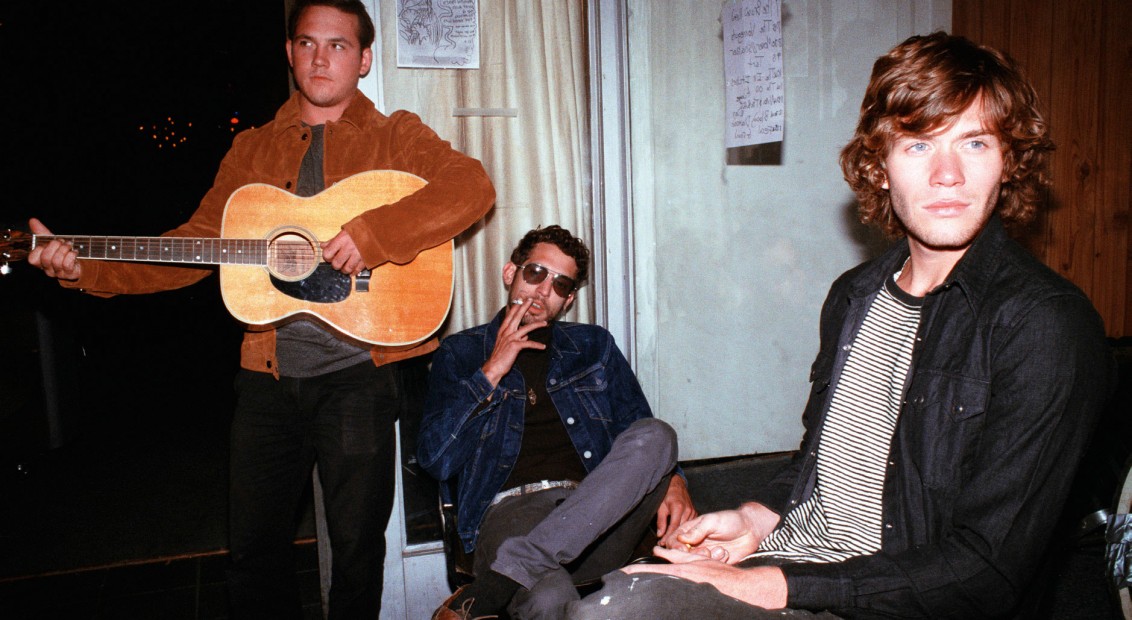 HERO 14 focuses its gaze upon Detroit, a city on the precipice of a defining age. From ground level a ballsy, collaborative music scene thrives, channelling the passion and determination that reverberates throughout the city. It’s time to plug into Detroit’s beat and press play on the playlists inspiring the bands at the vanguard of this fresh scene, featured in our new issue.

With a sound grounded in their hometown’s rock ‘n’ roll heritage, The Vonneguts metabolise their influences with a contemporary thrash. But there is more to these Detroit natives than spot-the-reference. From 2014’s Urban Paradise LP to the recent 15th St. the four-piece realise a bold sound that translates effortlessly onto the stages of Detroit’s music circuit of dive bars and DIY venues (two of the band actually run their own venue, Elijah’s). And this is just the beginning.

“In Detroit, you wake up to your reality everyday. You look out the window and you see what the city is – very gritty and very real,” explains frontman Joe Myers. “I think people in this town really know how to take things into their own hands, strap up their boots and go.”

Here the quartet select the tracks that influenced their own sound. From croaky raconteur Tom Waits, to the blues beat of Detroit icon Johnny Lee Hooker, The Vonneguts dig deep within the rock ‘n’ roll hall of fame for a killer playlist that’ll have you dancing in the street.

On The Road Again by Canned Heat
“How can anyone get mad at Canned Heat for being “sloppy white boy blues” when they totally capture that Southern Tennessee boogie Sound?”

Balkan Folk by Taraf De Haidouks
“Very intricate Gypsy orchestral compositions, very insane video, I could waste my whole day watching it over and over again.”

9th and Hennepin by Tom Waits
“This song makes me have nightmares about Minneapolis.”

Μισιρλού (Misirlou) by Τέτος Δημητριάδης (Tetos Demetriades)
“The original misirlou, a song that we play on the street often. Who knew modern surf would stem from these progressions?”

All Your Love & Lookin Good by Magic Sam
“Great guitar player who never really reached the fame or heights he could have. Magic sam’s the man, that’s all.”

My Walking Shoes by Jimmy Martin
“Good lyrics. Good harmonies. Good banjo. What more can you ask? I think the other guys hate me for it, but I put this shit on repeat.”

Down By The River by Neil Young
“One of our favourite albums as a band, and one Neil’s best guitar solos.”

Pusherman by Curtis Mayfield
“Another band favourite. Curtis can do no wrong.”

Let Go by Johnny Thunders and The Heartbreakers
“I couldn’t decide between Loose by the Stooges or this, but here we are. Everything is great on this recording. The count off at the beginning, the drum fills, but the vocal track especially was recorded so cool. The whole album is filled with hits but I always felt this song gets looked over.”

Hittin’ The Breeze by The Vonneguts
“Off our self released 12” record Urban Paradise, abre los ojos you are the truth!”