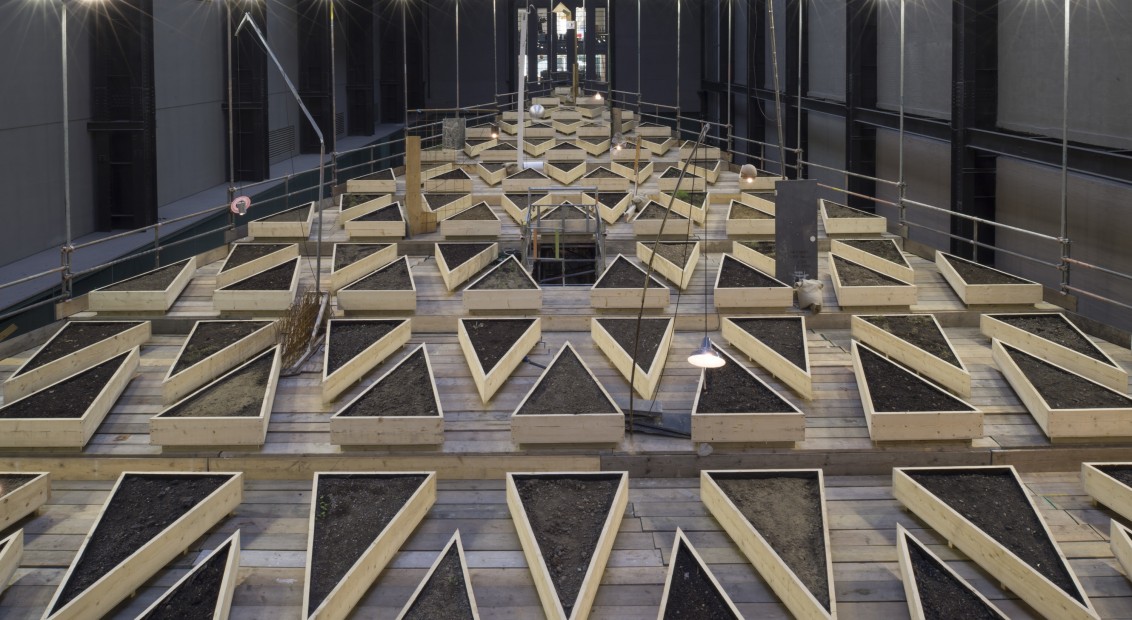 In Empty Lot the Mexican conceptual artist has transformed the iconic Turbine Hall into a mega floating allotment. The scaffolding based sculpture supports 240 wooden planters filled with over 23 tonnes of soil from open spaces in London –from Buckingham Palace to Hackney Marshes, celebrating the city’s diversity –  that extends across the iconic Turbine Hall. Visitors are able to explore underneath the platforms by wandering through the supporting scaffolding and view them from above on the Turbine Hall bridge. 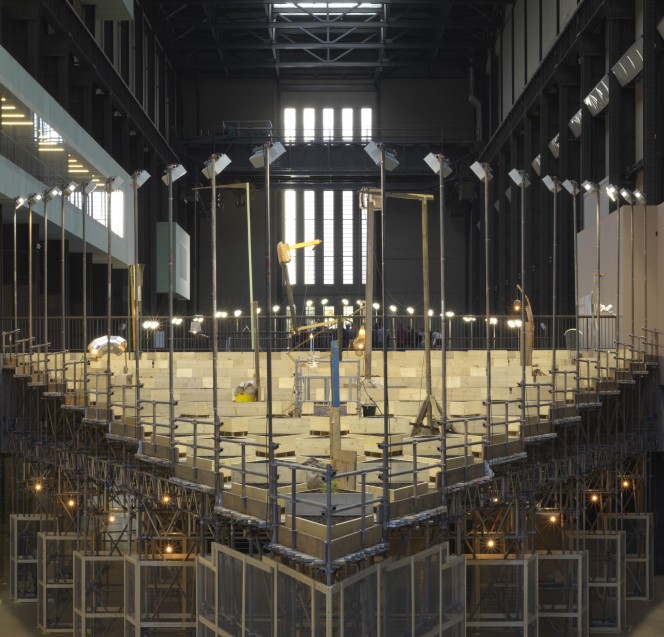 Known for creating sculptural works from local objects, some found, some bought, Cruzvillegas takes inspiration from his parent’s generation, who arrived in Mexico City during the 1960s building their own houses, improvising with whatever materials they could source to create an unplanned urban sprawl. It comes full circle in the artist’s self described autoconstrucción (self-construction) style,  in Empty Lot the plants are watered and lit by the rows of lamps and more makeshift lights rigged up from junk found in skips.

Nothing has been purposely planted, allowing Mother Nature to go about her business, greenery may grow depending on what seeds or bulbs have found their way into the soil. It’s this idea of unpredictability and hope, that Cruzvillegas seeks to explore, provoking questions about urbanisation and wider concepts such as change and adaption.