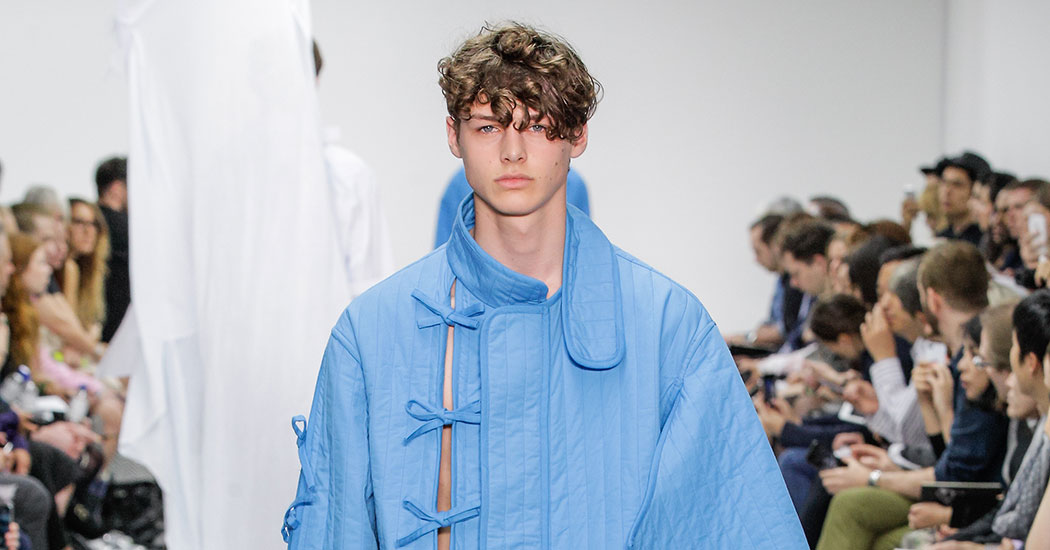 Congratulations to Craig Green on winning the Emerging Menswear Designer award at the British Fashion Awards this week.

Accepting the award on Monday night, Green thanked his Central Saint Martins teacher and mentor, the late Louise Wilson, to whom his SS15 collection was dedicated to. Shown at London Collections: Men in June, the collection (in stores soon) marked Green’s first standalone runway show and was received to overwhelming acclaim, his ethereal constructions bringing audience members to tears. That’s the beauty of this designer’s work – his ability to transform clothing into something we can not just wear, but connect with.

Green’s design talents have previously been recognised with plaudits including a shortlisting for the Design Museum’s ‘Designs of the Year’ (alongside Prada and Comme des Garçons, no less) and taking a semi-finalist spot in the inaugural LVMH Fashion Prize 2014.

Green is earning the recognition he undoubtedly deserves, his vision remains a delicately uncompromised vocal point that subtly speaks volumes. Display it proud Craig, and make room on the mantelpiece for many more of this sort.