Bill Henson’s suburbia: The iconic photographer reflects on dusk dreamscapes and the worlds we create

Bill Henson commands the medium of nighttime colour photography like no other lenser of his time. Over the course of his prolific career, his haunting images of milky midnight-wandering adolescents have become synonymous with contemporary Australian art and surged forward as a beacon for those who’d prefer to float, dreamlike, into dusk’s gooey embrace than rage against it.

In 1985, a 33-year-old Henson produced some of the most powerful works of his career. Paired with his grainy images of Egypt’s endless deserts, his mesmerising portraits of suburban Melbourne (Henson’s hometown) were elevated. Became magic. These magnificent works are the subject of a new book, Untitled: 1985-86, a compilation Henson himself seems extremely proud of. As he should be: these dreamscapes are Henson at his finest.

Tempe Nakiska: What kind of ideas were you straddling with in 1985 and 1986 when you started on this body of work?
Bill Henson: I’d been trying to think of a way of photographing the suburbs in a way that wasn’t in line with that social documentary thing that was such a big deal for people at the time. I realised that it wasn’t the landscapes I was interested in but the dreamscapes: the way people carry their past and their childhood around inside of thems. It stays there. Once I understood that it opened up a whole lot of possibilities. Suddenly I could look at it as an imaginary landscape rather than a realistic one.

TN: Where did this idea of meshing Egyptian landscapes with those of suburban Melbourne come from?
BH: Photography is so profoundly contradictory as a medium and I wanted to hang onto the evidential authority that the medium has, proof of objects and space and so on, but I also wanted to skip lightly over it at the same time. It all pointed in the direction of treating the landscapes like dreamscapes, so to speak. Since I was a small child I’ve had a fascination with archeology and particularly, Egyptology. That combination of the landscape in which I physically grew up and the landscape that I inhabited in my imagination coalesced. It became interesting for me because both the ancient Egyptian architecture and the contemporary suburban landscape could be seen at an equal distance, or closeness. It was a case of opening up a sense of deeper continuity. 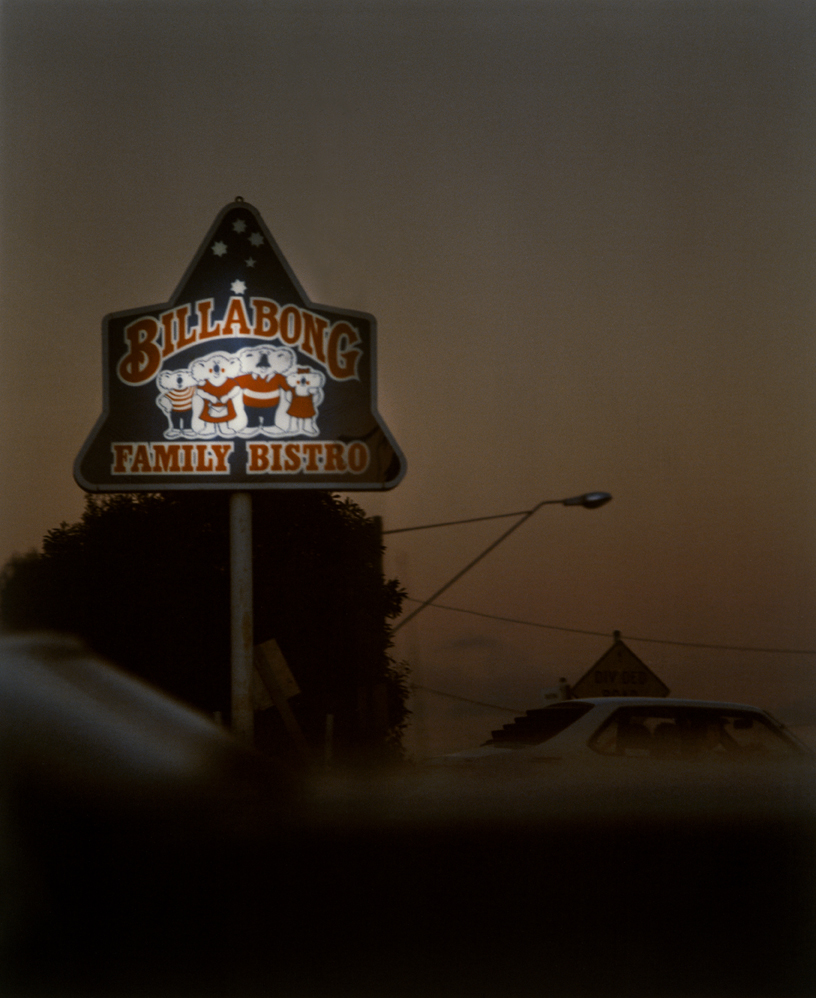 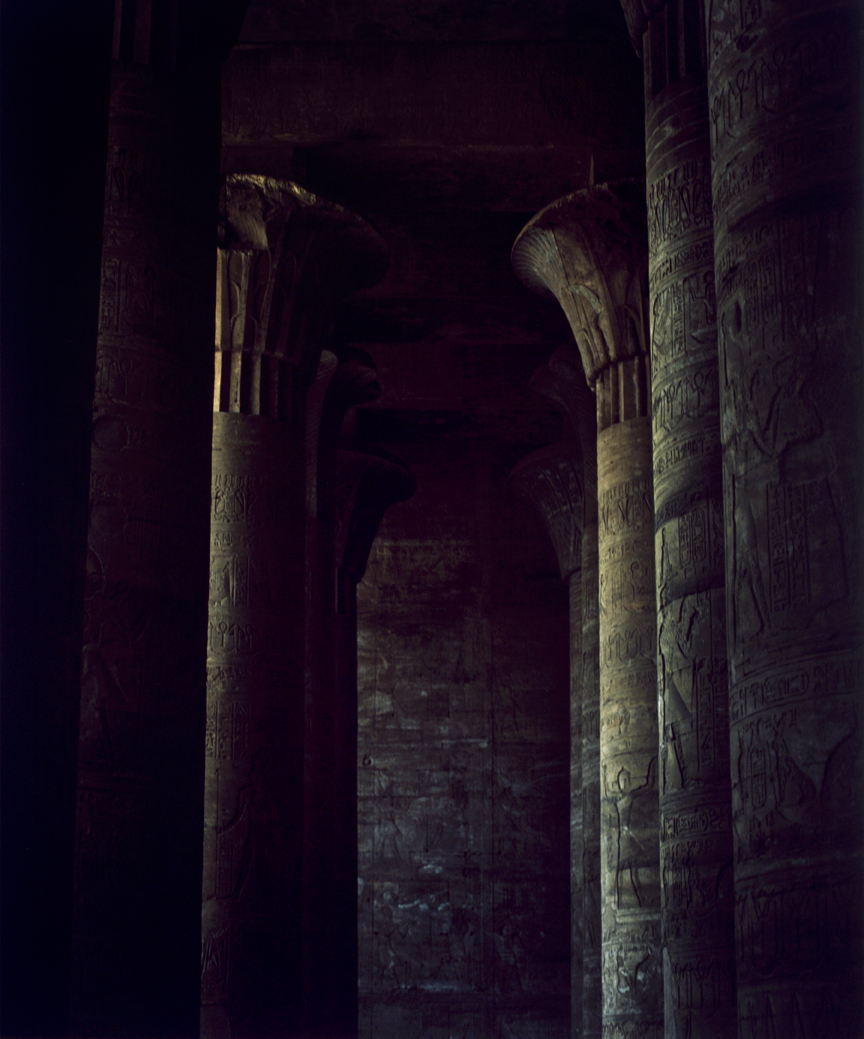 TN: Is this sense of the linear a major element of what drives your photography forward?
BH. Yes, that’s what I love about it. It’s possible to both hang onto the dumb veracity of the photographic medium and be ambiguous and suggest things that aren’t necessarily literal. It universalises the subject.

TN: How long did the process take?
BH: It was a two, two and a half year process that just kept on growing. These kind of ideas all grow out of each other, new things growing out of past experiences.

TN: The typical Egyptian landscape, specific to deserts capes, are bright, blazing, sun drenched. What’s the potential of darkness to transform our preconceived ideas about a place – or person or time.
BH: When the light goes down we are naturally thrown upon our other senses more: our eyes aren’t as useful and our senses of smell, of the acoustics of our environment, of temperature, humidity and so on are heightened. That loss of visual detail introduces uncertainty which makes the world strange again. That interests me. It’s what goes missing in the shadows that most animates the speculative aspect of an image, its suggestion of something we cannot see. Things are left to the imagination. Whether you’re talking about Egypt or Australia or anywhere else, as the sun goes up or down the landscape is transformed.

TN: Touching on that, you shot landscapes and birds eye cityscapes of Los Angeles and New York not long after completing this project. Like you said, the new grows out of the old. What did these next experiences take from their predecessors?
BH: There’s a great saying from Novalis, something like: ‘The days are distinct but the night has only one name’. I think that it’s that the night brings that great balance between anxiety and expectation. In LA and NY I did a lot of work from a helicopter, and it was just another phantasmagorical world that interested me a great deal. It wasn’t so much gritty realism but still had a documentary edge to it. That perspective opened it up into another imaginary type of world. I remember they took the side off this chopper I was working on and you could point the camera straight down into these glittering canyons of skyscrapers. It gave an unworldly sense of vertigo, that scale of things was changed and made ambiguous. 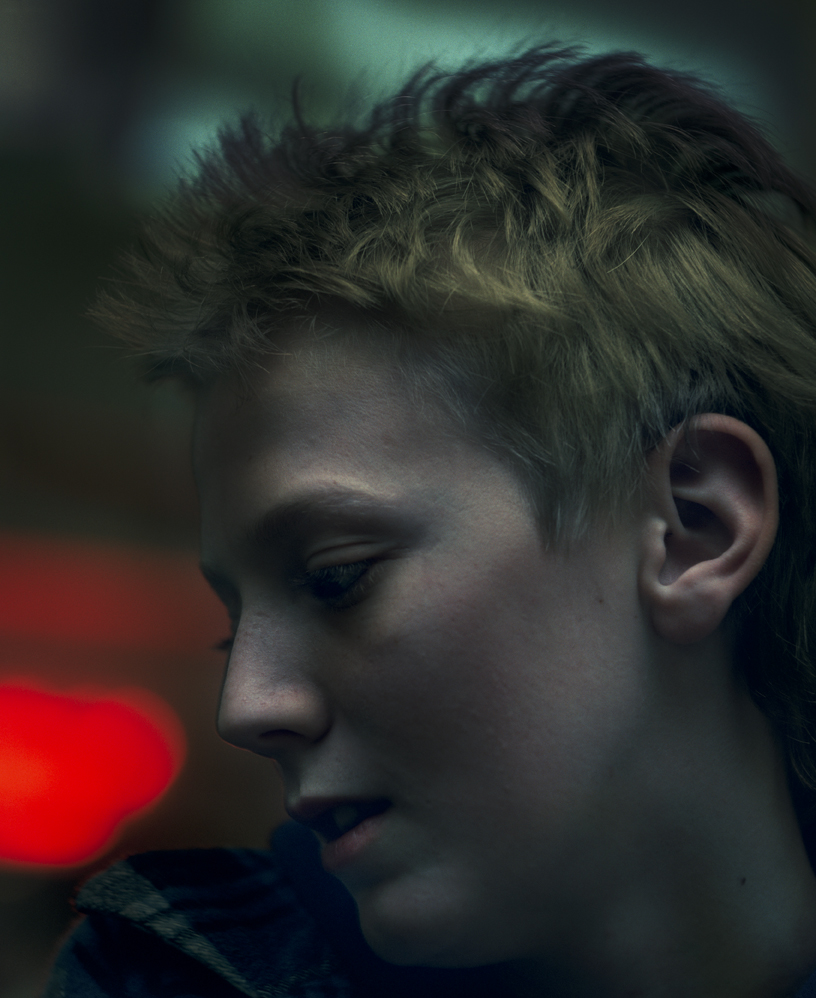 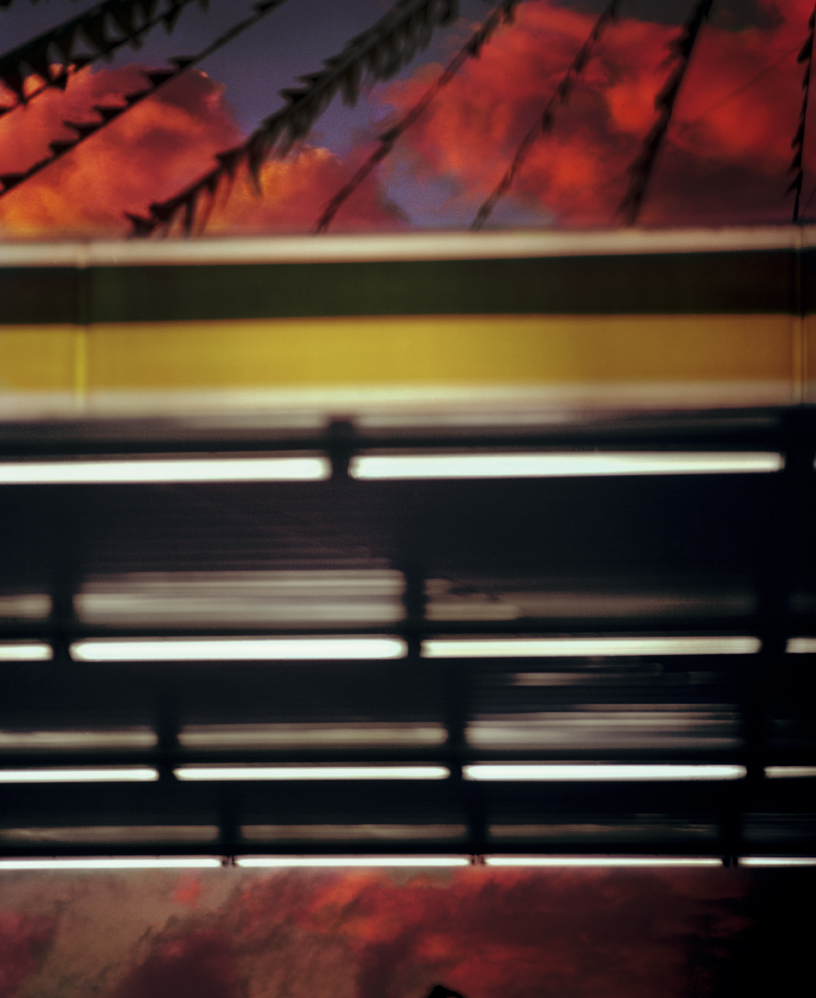 TN: For you: that sense of the unknown – is it what defines the best of what you’ve done?
BH: My definition of a good picture is one that leaves you with more questions than you started out with.

TN: Yet your images still achieve that incredible sense of intimacy. Whether it’s landscapes or your portraiture we’re talking about, do you or did you ever feel a sense of alienation from your subject – at odds with the intimacy you’re creating a sense of?
BH: Mere familiarity doesn’t interest me. Intimacy does. If you’re lying on the floor at night listening to your favourite piece of music it’s an intensely intimate experience, and not particularly, or in any way, familiar. I’m interested in that mistaken sense of knowing something you don’t know. It’s profoundly contradictory. Sometimes you can get a profound sense of intimacy by creating distance, it’s the opposite to what people think.

TN: Has your idea of ‘suburbia’ changed since you took these images of Melbourne in the 80s?
BH: No. People don’t change. This idea of the suburbs, it’s an imaginary world that people inhabit. It’s the personal element of how it materialises uniquely in different people’s own minds that makes it interesting.

1985 by Bill Henson is out now, published by STANLEY / BARKER. The photographer will be signing copies of the book tonight from 6-8pm at Claire de Rouen, 125 Charing Cross Rd, London WC2H 0EW