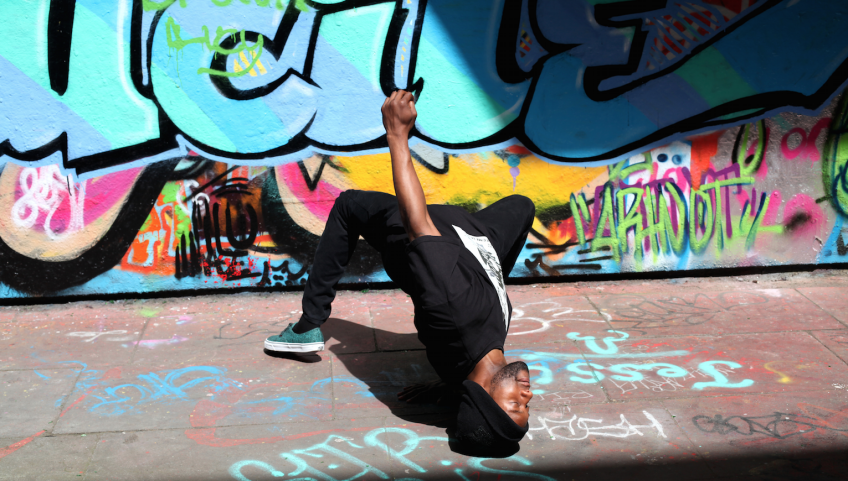 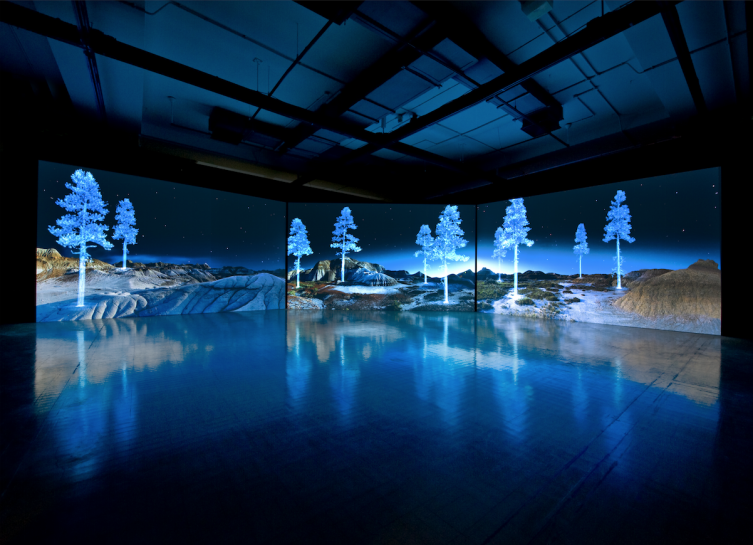 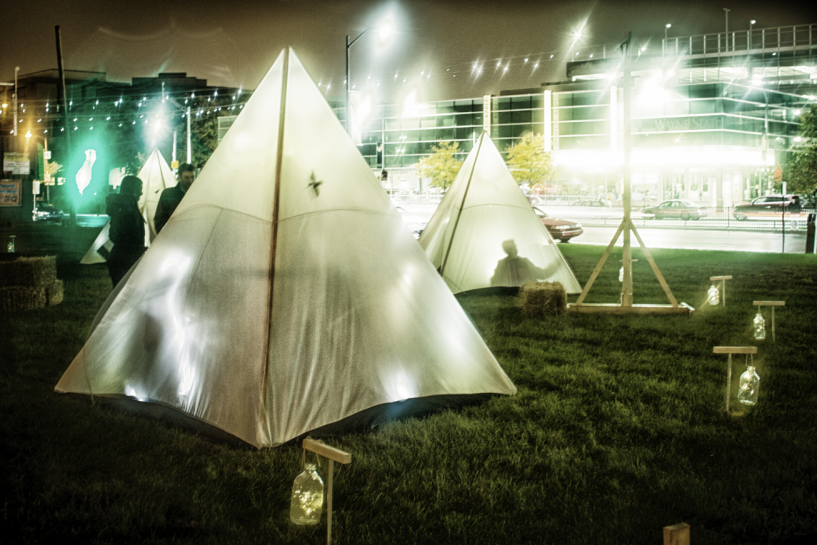 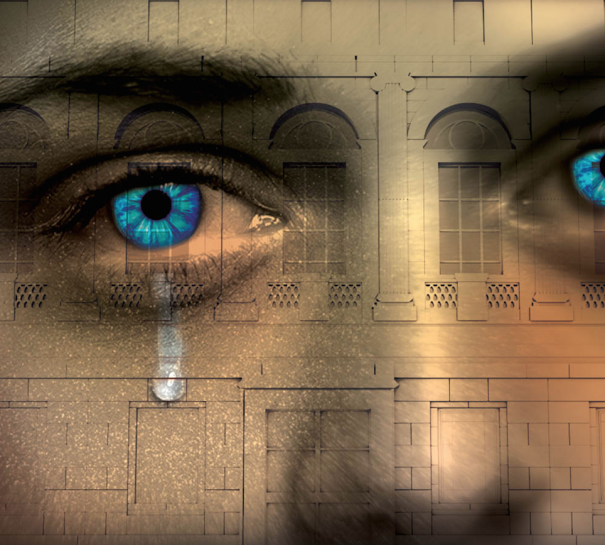 Mindfield, 'P.O.V.' for Detroit DLECTRICITY 2014 (projected on the facades of the Detroit Institute of Arts and the Detroit Public Library). Photo courtesy Mindfield 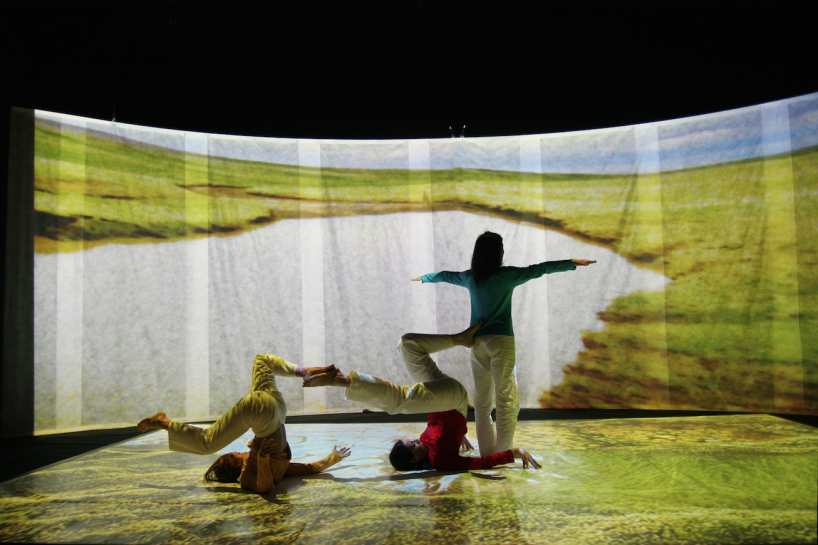 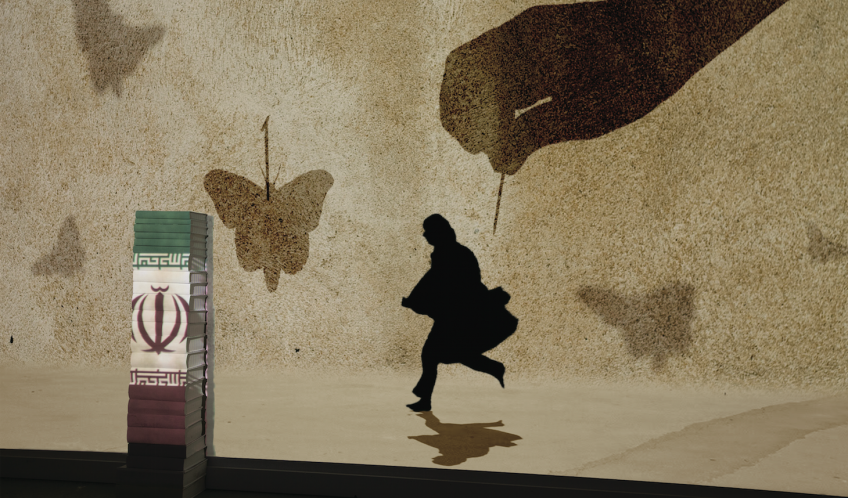 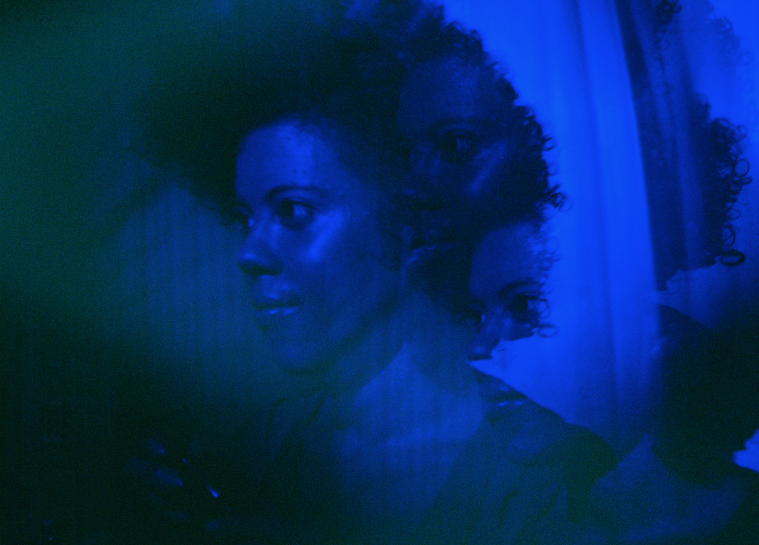 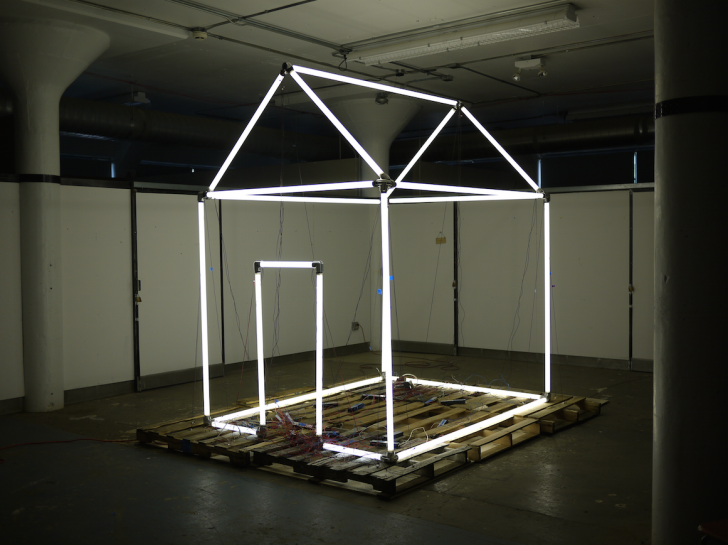 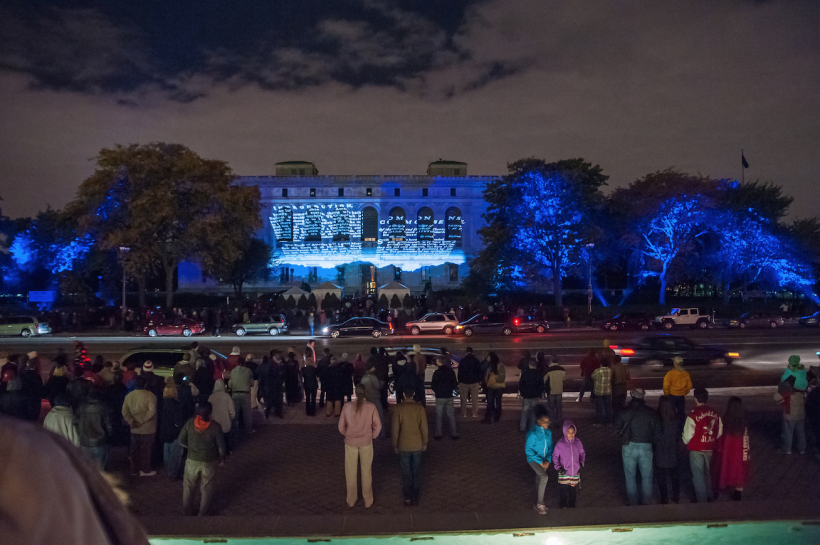 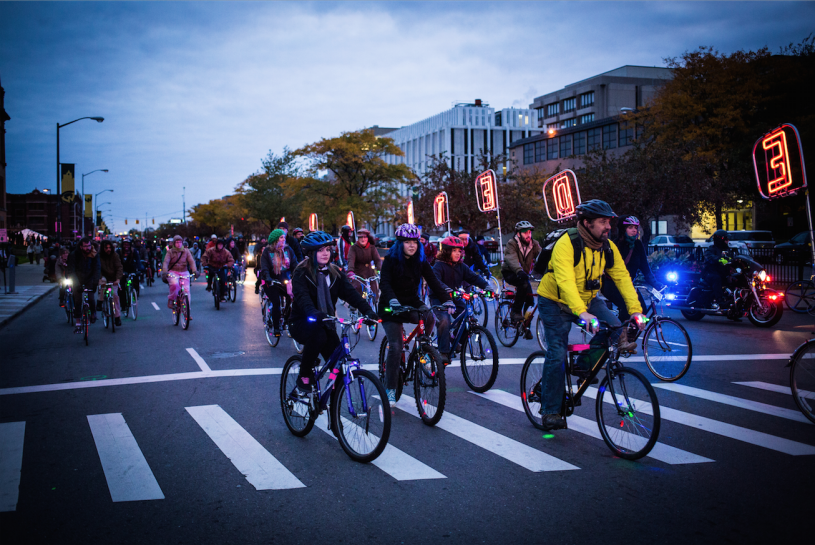 Destroy to Create: Young art rising in the Motor City

Just a couple of weeks ago, Detroit was lit up by contemporary and and light installations as part of DLECTRICITY – Detroit’s new take on the ‘Nuit Blanche’ art phenomenon that has sprawled its way across major urban hubs worldwide. It’s fitting: a city not long ago in the direst straights of despair literally lit up by the creatives who inhabit it – and those hailing from elsewhere drawn to it – in a reflection of what’s been stirring in the heart of the Motor City since even before the financial meltdown.

Marsha Miro is Detroit born and bred, a beating heart in the city’s art community who has been at the centre of the founding of a hard hitting list of cultural projects here, from her position as Founding Director at the Museum of Contemporary Art Detroit to the catalysing of DLECTRICITY this year.

Through her eyes, the stark, decaying landscape projected across international media is just the veneer over a rapidly growing and prospering artistic hub, and one that proves again that from devastation comes hope. Creation endures.

Tempe Nakiska: How would you describe the state of contemporary art in Detroit?
Marsha Miro: I have been involved in the art world in Detroit for decades – since the late 1960s. There was a period when extraordinary art was being made here: from the 60s through the early 1980s by a group called the Cass Corridor Artists for where they lived in the City. After them, the scene splintered. Today things are as exciting as those earlier times. While there is no single focus with artists working now in every style and medium, the City is the loci.  Whether using the abundance of materials remaining from abandoned buildings and industry, and rebuilding with them, or working across arts media, or dealing with the social, racial and post-industrial issues that are critical here, the work is authentic, inventive and ambitious. The gallery scene is modest, but growing with artist-run spaces in unexpected places. The Museum of Contemporary Art Detroit, founded in 2006, has become a hub for interdisciplinary arts activities with its exhibitions, many curated by Jens Hoffman, edgy music organised by Greg Baises and a life-size facsimile of Mike Kelley’s house on the grounds which is used for programs and artists’ visits.

TN: How have you seen it shift since the economic crisis really took hold?
MM: While the outside world hears about Detroit’s economic crisis, those of us who live here are experiencing the opposite. The bankruptcy is a welcome remedy for years of decline and mismanagement. The settlements are good for the City and its people. Financially things are finally being managed and controlled. Many important corporations are moving or have moved back into the downtown of the City. The midtown area is booming. Artists are living in and stabilising a number of neighbourhoods. And the Detroit Institute of Arts’ world-class art collection is finally safe from any plundering and the Museum’s continued existence is assured. We are on the cusp of significant change as the economy grows and the City shows signs of new life.

"We are on the cusp of significant change" 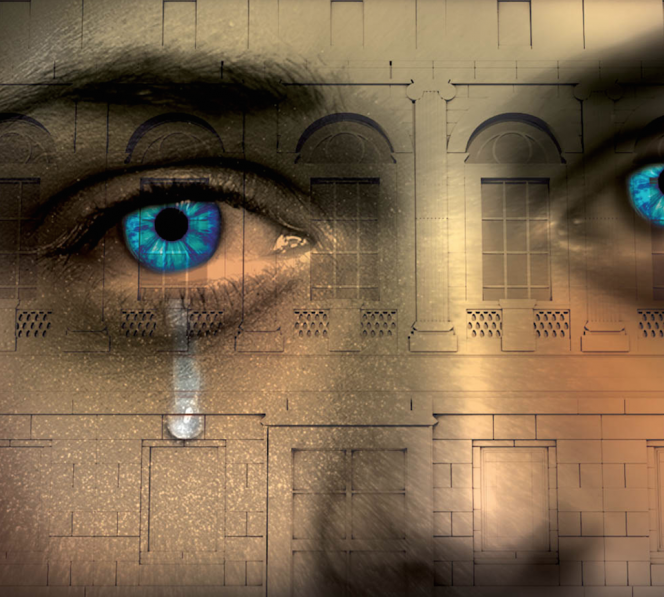 Mindfield, 'P.O.V.' for Detroit DLECTRICITY 2014 (projected on the facades of the Detroit Institute of Arts and the Detroit Public Library). Photo courtesy Mindfield

TN: A lot has been said about the creative community that is growing in Detroit. A new creative class. How would you describe these young artists, this community?
MM: The artists who have lived in the City for many years are fearless. Those moving in and joining the existing community are finding supportive ancestors who know how to navigate the byways of a society that had few rules. The lure of a place that is in the process of becoming a new entity is historically intriguing to young artists. The openness, the fact that few art ‘authorities’ are looking, provides space and an opportunity to discover ones’ artistic identity. These are the kind of creative people who are attracted to living and working in Detroit. Hybridity has long been part of artistic practices here, whether the crossover is with music, crafts or applied arts. That continues with the new generation. Because there is so much physical space for living and working, scale can be explored on many levels. The City is both a canvas and a source for many of them.

TN: What is attracting creatives to Detroit?
MM: Opportunity. Because living costs are modest and jobs becoming plentiful, artists have the means to work and freedom to explore. MOCAD has brought many internationally known artists to the City, making it feel less like an isolated outpost and more of a separate but aware place. Oftentimes you hear of an artist who was once new to the area and has found it a good place to work, getting friends to move here. Many artists grew up in the area, moved away, and decided to move back because things are so interesting. Because the community is small, it is easier to get to know other artists. One makes his or her way without overbearing competition from other artists, rather support from many involved in rebuilding the creative culture.

TN: How would you describe the future of art in Detroit?
MM: If things continue as they are, we have huge potential. Unlike Soho, or Williamsburg or Silver Lake – places revitalised by artists who were then priced out – Detroit is vast, with sparsely populated areas. There are many places where artists can live and work, building new neighbourhoods. The issue will be speculators who are buying up properties in the belief that they can sell them in a few years for large profits. There are developers, like Dan Gilbert, who are doing the opposite because they are committed to seeing the City revitalised. The questions will be whether the new wave of ‘creatives’ will stay. Whether the City, under the new Mayor, will be safe enough, organised, and provide enough city services to keep them here. Artists who lived here for many years and liked living on a frontier may not like working in a more ‘civilised’ place. This is a time of ferment. It’s hard to know where things will actually go. 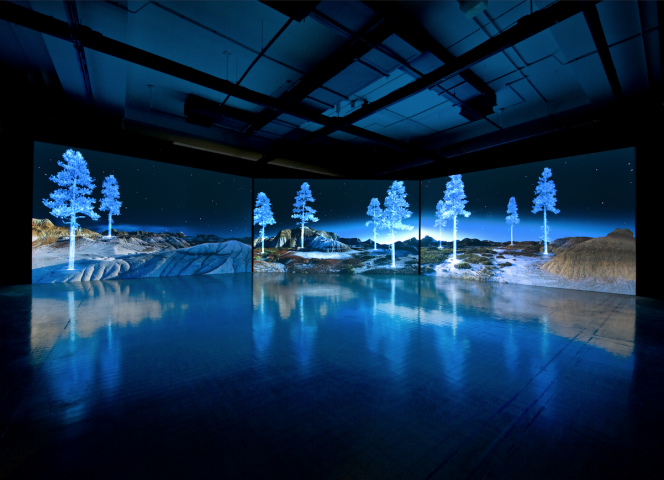 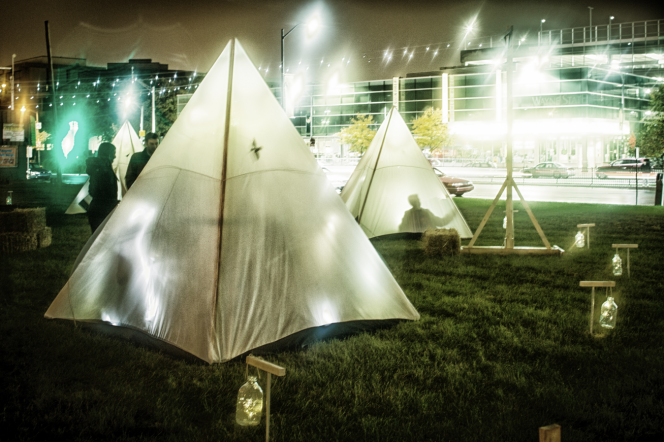 Illuminated tent installation for DLECTRICITY 2012. Photography David Lewinski. Image courtesy DLECTRICITY
"Detroit has a soul that is deep and emotional, fraught with a history of struggle that is unique in the United States"

TN: What do you think of artists using the situation in Detroit as an example or canvas for their work?
MM: I think that when people come and take some photographs or make a sculpture and then leave with it, they also may leave some resentment. Detroit has a soul that is deep and emotional, fraught with a history of struggle that is unique in the United States. It is the first major American city to be a predominantly African-American city. We are all proud of that. We are the pre-eminent city of Industry in this country. We have a long history of giving birth to great music and musicians. When an outsider comes in and uses the materials of this past without the connection to this well of experience, the art rarely has the same intensity or authenticity.

TN: Can artistry and creativity be nurtured by constraint – and devastation? Would you say this is happening in Detroit?
MM: You have to be here to understand this. The devastation didn’t just happen. We have been watching the slow decline for 40 years or more. The Cass Corridor artists made art that dealt with it in the late 1960s. And they made powerful work that carried the downward destruction as it was happening. There is little feeling of constraint but rather of a richness of experience that is not about wealth but about reality.