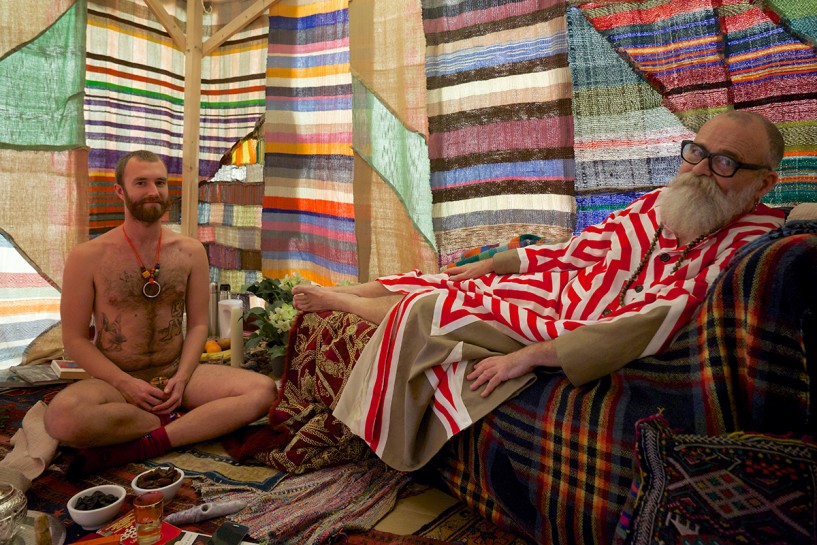 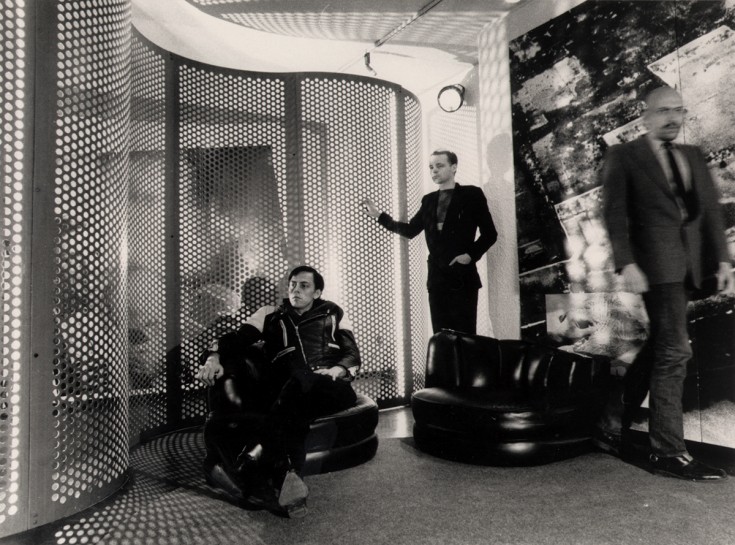 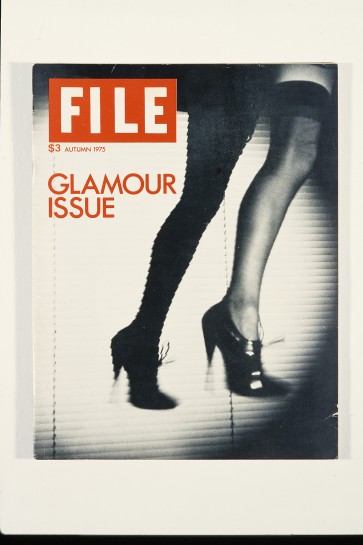 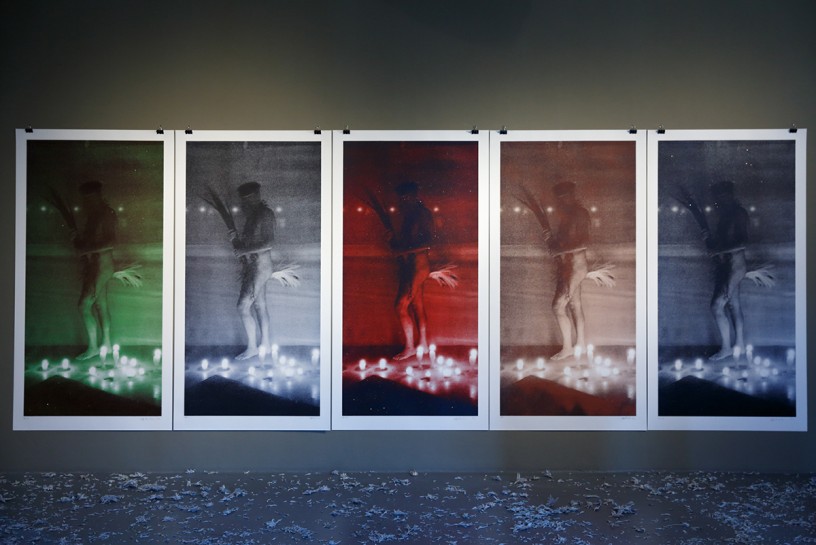 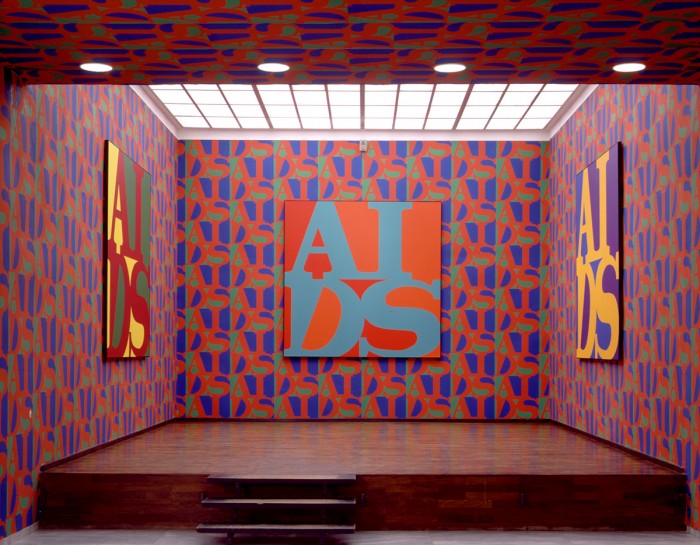 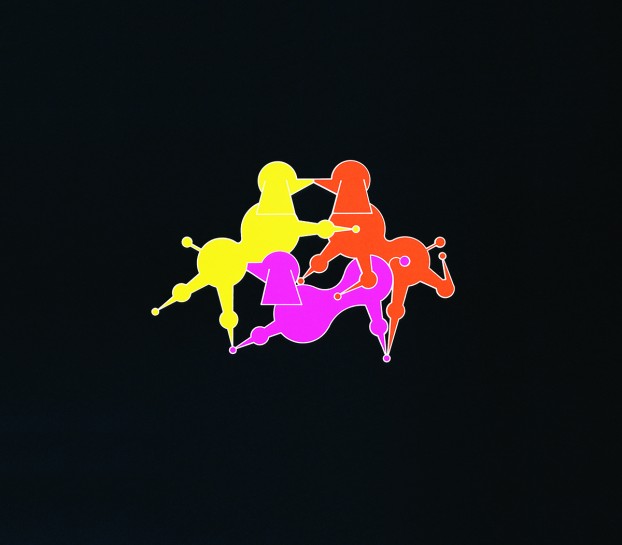 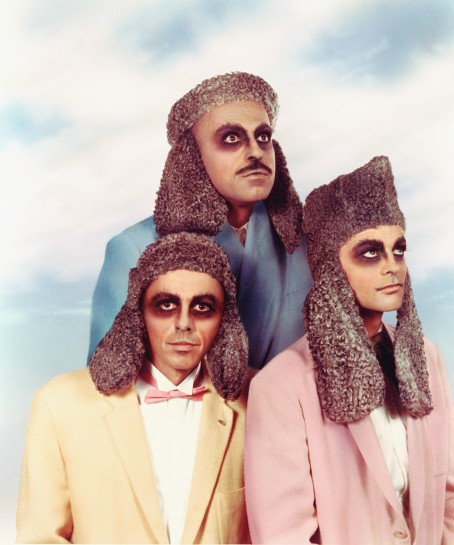 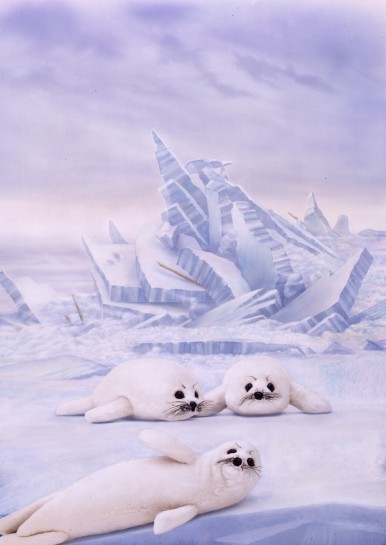 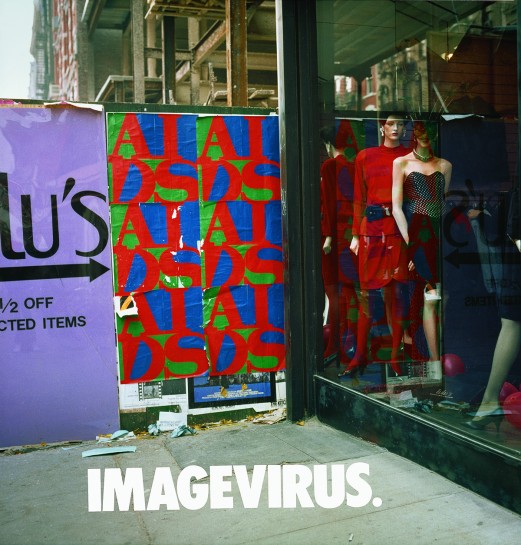 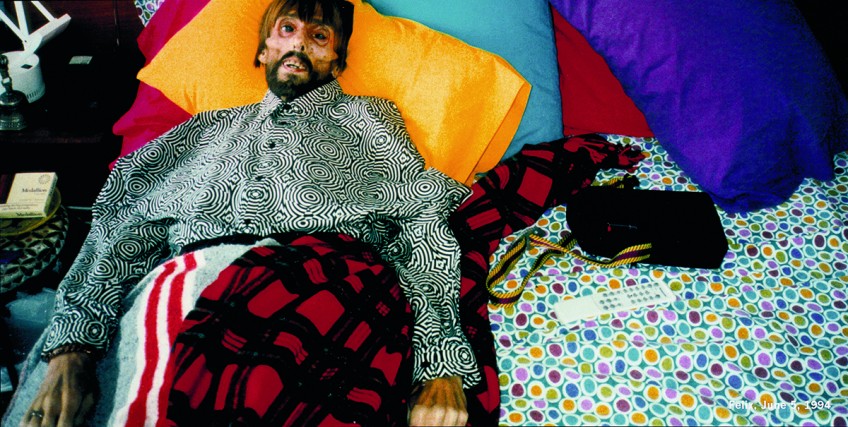 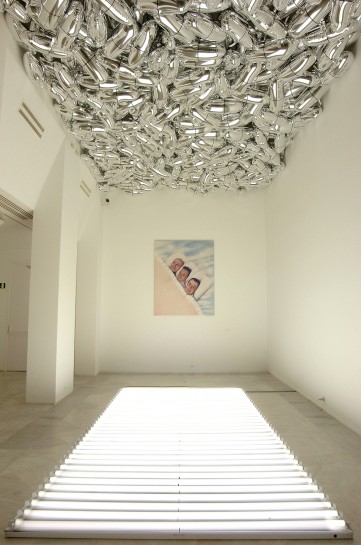 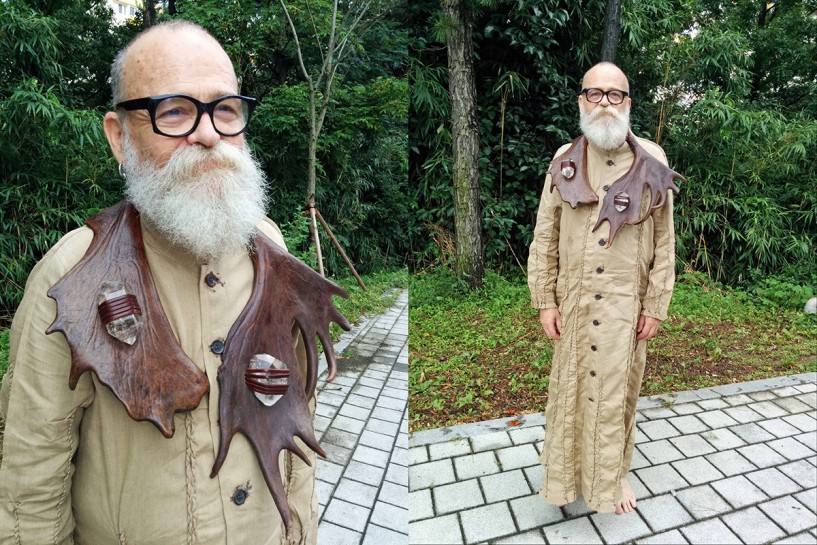 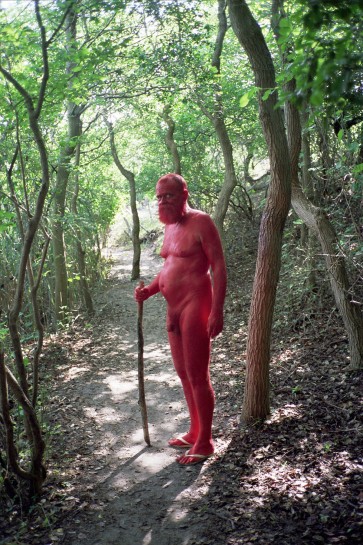 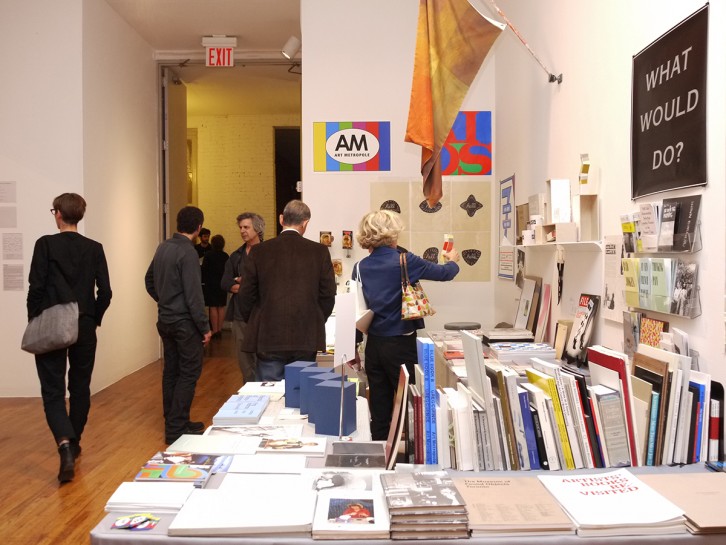 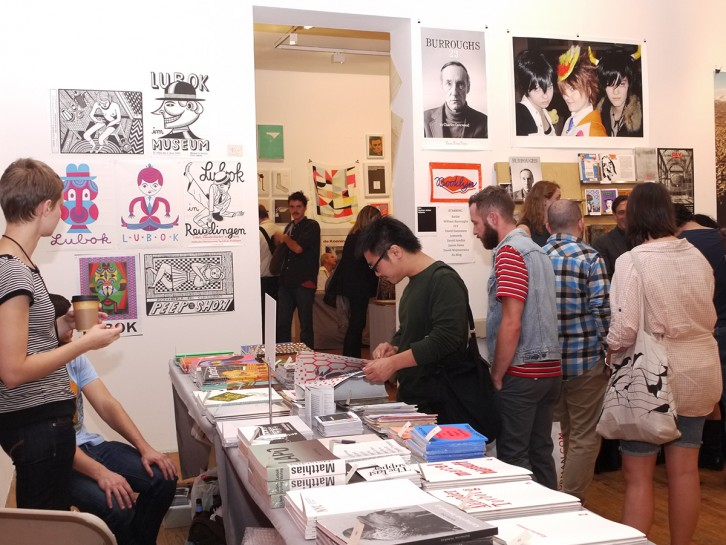 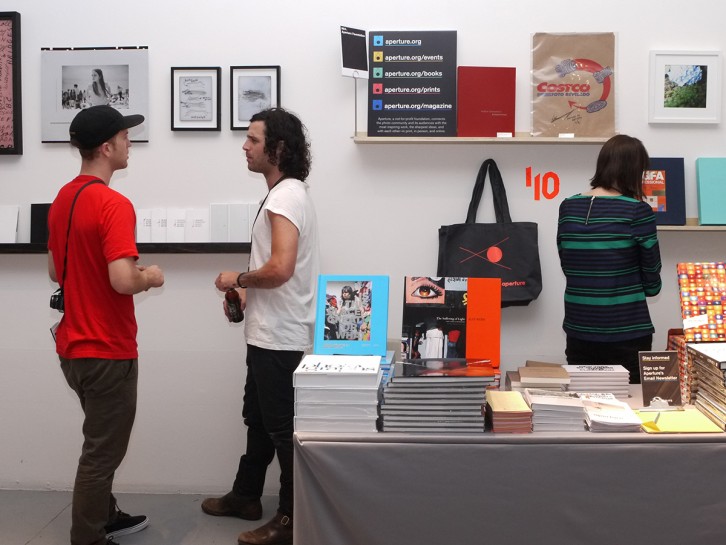 AA Bronson has seen a lot in his time. A founding member of the legendary art collective General Idea, over the course of the 80s and 90s the artist and shaman became known for his early involvement in punk, AIDS activism and manifestations of ‘other’, while his founding of the NY and LA Art Book Fairs whilst director of Printed Matter (2004-2010) was critical in the re-rise of print as an accessible and innovative communication channel for young artists. Bronson is widely considered one of the most revered and radical artists living today.

After 27 years in New York, Bronson last year made the move to Berlin. That this city is being touted as one of the most innovative, centralised young art hubs in the world pays testament to his continued commitment to the support networks surrounding contemporary creatives.

It was from here that we spoke with AA Bronson a fortnight ago. Just back from the Gwangju Biennale in South Korea, he raved about the level of political activism simmering at surface level across the expanse of the event. His own show, AA Bronson’s HOUSE OF SHAME, took place at a pagoda in the main biennale vicinity, the structure originally having been built “in memory of 241 people who were killed by the police for participating in a pro-democracy demonstration,” as Bronson explains. “This year’s Gwangju Biennale is quite amazing. It was way too political a thing to ever happen in Europe or the US. Not an institution of that scale. It’s incredible, what [director] Jessica Morgan managed to pull off…”

Tempe Nakiska: You’ve just returned from the Gwangju Biennale in South Korea, which was quite a political event. Your exhibition, AA Bronson’s HOUSE OF SHAME, focused on another element of Korean culture – shamanism, yes?
AA Bronson: Korea, along with Mongolia, was one of the two countries where shamanism first started. Until 1895 it was the primary religion in the country. The shamans are all women, which is interesting. And even today, it’s still alive and well.

TN: How did you originally become interested in shamanism?
AAB: Weirdly enough I’ve been interested in shamanism since I was about seven years old. I read everything I can get my hands on to do with spirituality and magic, but particularly shamanism is a big interest. During the AIDS crisis, in the period where everyone was dying, most of my male close friends died… I think spending time with so many people who were dying made me interested in the spirits of the dead. 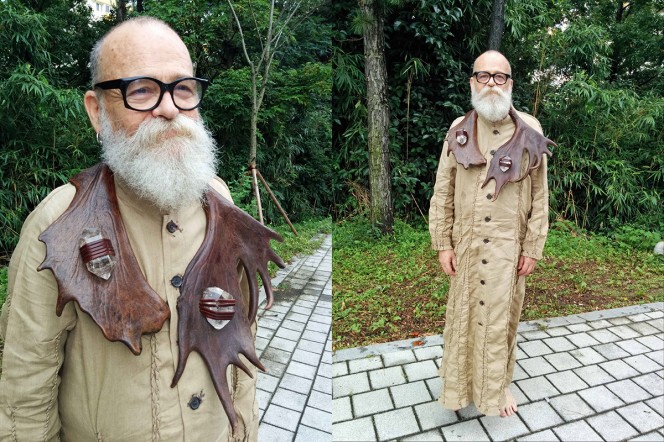 TN: And that’s where much of your own work was founded – in the AIDS crisis and its associated political issues – as part of General Idea with Felix Partz and Jorge Zontal and in connected projects like FILE megazine. Are young artists today as politically minded as you were then?
AAB: I think we’re in an era where artists are working in a much more personal way. Young artists are still confronting political and social issues but it tends to be wrapped up in their own lives and their own experience, in a more experiential way, not so much as in a conceptual way as it might have been in the 1970s. Something that you can actually experience for yourself. I think there’s an awful lot of political work going on but artists don’t necessarily label themselves as political.

TN: Why has that shift occurred? Does it have something to do with the way we are interacting with technology?
AAB: I think we have also gone through a big era of activism. The idea of activists is a very normal concept but i don’t even remember the term existing in the 1970s. People didn’t think of themselves like that until the 80s. Having a personal identity that’s wrapped up with activism is something that appeared later on. In early political work from the 60s and 70s the artist is not identifying as an activist, and not even as participating, they are more in the position of being an observer. For example Hans Haacke’s work is very distanced from the things he represents. It’s very dry and rational. Work from the late 80s on is much more wrapped in the emotions and a broader web of feelings. 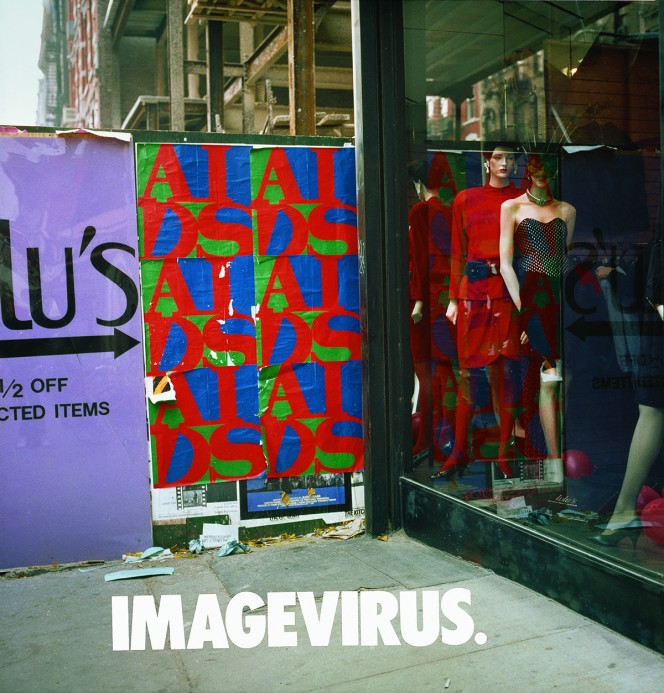 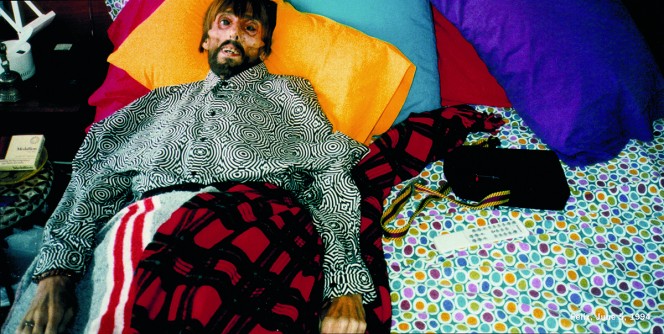 TN: You’ve recently moved to Berlin from New York, after living there for 27 years. How would you describe the differences between these cities’ contemporary and young artist communities?
AAB: Well the art market has entirely swallowed the community up, it’s a very different industry than it was years ago. Especially in New York, where the commercial galleries completely dominate everything. It’s very difficult for young artists to even survive in New York. I’m sure it’s the same in London.

TN: That’s what keeps coming up, yeah, and no doubt it’s a big part of why there are strong new artist communities cropping up elsewhere. Detroit, for example.
AAB: Exactly. And yes, many of them are coming to Berlin. Berlin is a city of ex-pats. There are young artists here, artists in their 20s from all over the place. And all of a particular type. They tend to be quite smart, well educated, interested in doing something that’s not focussed on the market place, they’re more interested in their art than the marketplace. Berlin is relaxed and it’s cheap, artists can afford to rent big studios, there are great framers and artist supply stores, lots of different kinds of fabrication and there are lots of the older craftsmen from the East, people who can stone carve, those lost tradition skills that are no longer available in the West.

TN: I imagine that you would be quite a popular figure with these kinds of young artists…
AAB: I think I represent a very particular idea about how to live your life as an artist, that speaks to them about how they would like to live their life. Nobody paid much attention to it 20 years ago, but artists are wanting to do things in a different way now. I’m also a piece of history for gay and queer artists, for artists in this community that don’t have any first hand experience in terms of the AIDS disaster.

TN: What do you feel is the biggest challenge facing artists today?
AAB: There are such expectations of artists to produce certain kinds of work, very product oriented instead of research oriented. And it is so difficult to make enough money to survive. There aren’t the vacant buildings that artists could get so readily in the 60s. The reason that people like Frank Stella in the 60s could make such large scale works was because New York was full of empty warehouses that could be rented for practically zero money. Now, artists are lucky to be able to rent a 50 square metre apartment. Purely the trials and tribulations of survival, in combination with the giant sprawling octopus that is the art world today. How do you ever learn to work with that?

When I first went to NY in 1973 I could go to Andy Warhol’s studio, he would let me in and show me around. Now there’s no access, you have to go through layers and layers of assistants to get to dealers, to artists. The power structures are very daunting. I think it must be very difficult to be a young artist. 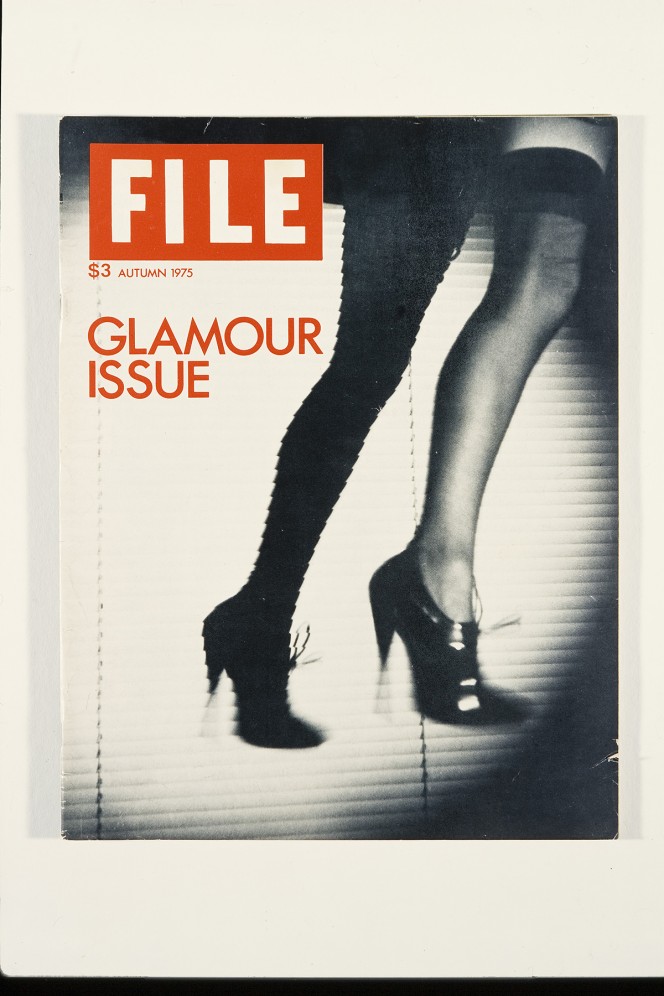 TN: An institution like Printed Matter was originally formed in reaction to such huge social and industry structures surrounding art. Was founding the NY and LA Art Book Fairs a similar reaction?
AAB: What I was aware of was that in the area of art publishing, people only thought in terms of Taschen and the big publishers. But in fact there was a whole infrastructure of people, young artists doing interesting publishing projects, starting their own small publishing companies or just doing zines that they traded with their friends. The idea behind the fair was to provide a place where that community could come together and realise that they even existed as a community. It was hugely successful right from the beginning. This year in New York there will be over 350 exhibitors. 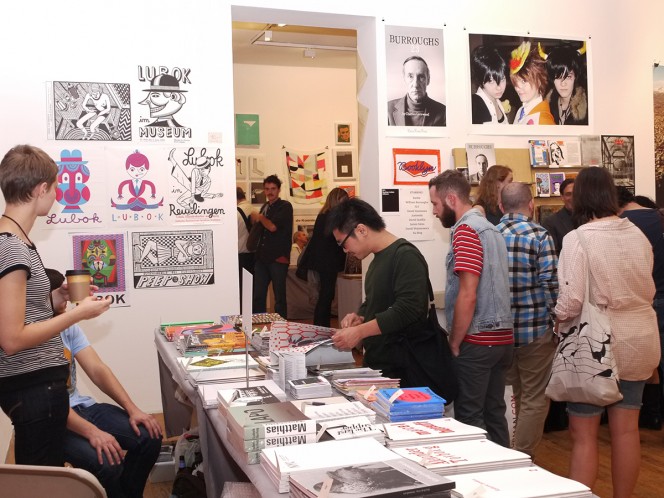 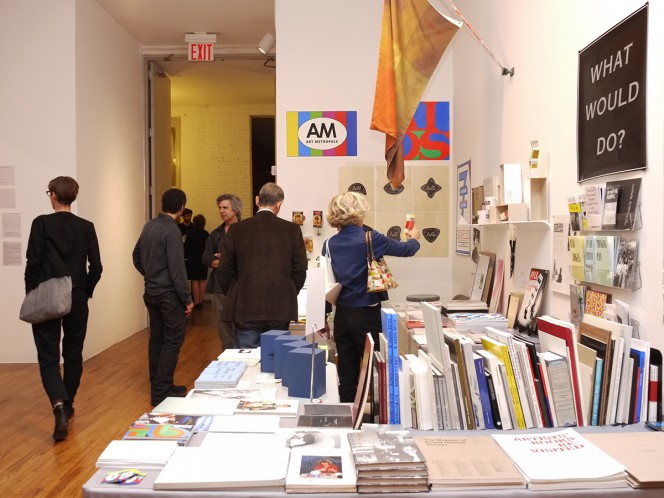 TN: Obviously at the moment we’re also witnessing a shift in terms of the way art is expressed and communicated: there’s the wave of digital platforms as a means of expressing yourself; your work; your ideas. Is the current surge of popularity for art books and zines a reaction to this?
AAB: There’s an incredible explosion in art publishing, while everyone has been predicting for some time that it’s dying. It’s exploding in all directions. That’s not art history books, but more idiosyncratic kind of publishing from small publishers and from artists themselves. It’s the materiality of the book. Marshall LcLuhan said that when a medium dies the artists take it over.

It’s like that: as a medium ‘dies’, like in the case of print, the artists take more interest in it. And they’re reviving old forms of printing presses, mimeograph machines that were used in schools in the 60s, they’re being used by artists to create zines and books. Art publishing is alive and well and Berlin and London are real epicentres in terms of what’s happening in this area.

TN: What is the relationship between print and digital as far as this kind of publishing goes?
AAB: Well for example what I’m seeing a lot is that a lot of the artists who are putting out zines and books also have Tumblrs. They have these two forms of output which they keep going at once, and have them play off one another, a mix of traditional and digital materials. What’s happening is a fascinating phenomenon.

Stay tuned for more Young Art Week content in the coming days and plug into our social media platforms for updates as they come.