The likes of the Zazous, Teddy

Adieu from the underground

The likes of the Zazous, Teddy Boys and Tokyo by night combine as Adieu FW14

For their FW14 collection, Adieu designers and co-founders Isabelle Guedon and Benjamin Caron looked to the neons of nighttime Tokyo and global suited and booted youth subcultures of the mid 20th century. Consuming the Paris-based footwear creators’ brainscapes were the Zazous – the swing-obsessed youth of France that emerged during World War II – and the lurid looks of the zoot suit era, rife a few years earlier than the Zazous and linked closely to the velvet-lapelled Teddy Boys of 50s UK.

That Adieu is itself founded in a love of punk (the brothel creeper is steadfast across their ranges and the pair cite the likes of John Lydon, Joe Strummer or Alan Vega as influences) and mod silhouettes make their particular choices this season all the more noteworthy. Standouts are the tangerine and lime haired creepers while classics are injected with piping detail and universally grained and chunky soles, retaining the effervescent punk flavour to a razor-sharp degree. 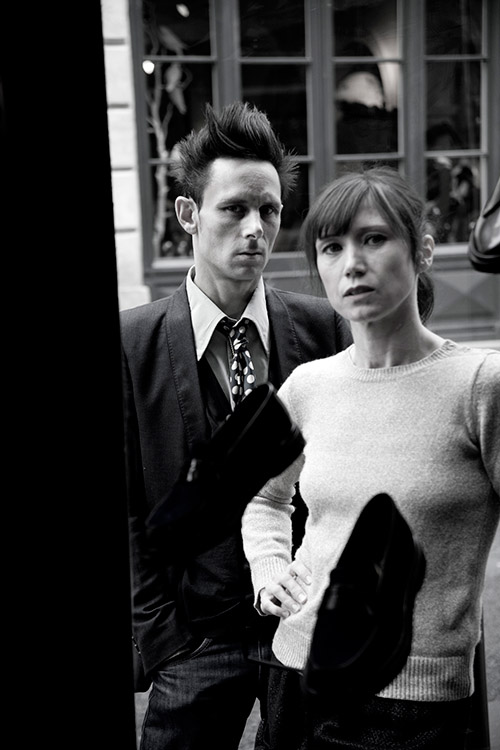 Tempe Nakiska: Can you tell me about this collection?
Isabelle Guedon: We always start a collection with some ideas that come a little bit mysteriously. For this FW14 season, we first wanted to get inspired by 50s bowling scenes and Tokyo by night. It was injected into the collection via details from sporty bowling shoes, bags and outfits, with little dots, simple lines and colours combinations with shots of neon colours: lime and orange, mixed with black and night colours: dark brown, bottle green, grey.

TN: The brothel creeper is also a heavy influence…
Benjamin Caron: Benjamin has always observed and worn shoes of the English working class, made famous by the Teddy Boys to the most significant of the punk-rock scene of the 70’s and 80’s figures like John Lydon, Joe Strummer or Alan Vega, among others. He has a real eyes on shoes lines and has a very designer’s expertise. He is totally obsess about details and his drawings look like technical drawings which makes our shoes design so precise.

TN: There are some great materials throughout.
IG: The basic black leather styles always inspired by the Zazous, punk, mods are proposed alongside seasonal styles with slash of unexpected colours. We like a the sharpness of black polished leather like we used for our basics. It makes the shoes really graphic and really shows the designs and the lines.

BC: The polido leather comes from Spain, since they are the specialists there for this kind of leathers. The other leathers, for the colours, are french for the full grain calf or italian for the suede and most of the time we make special colours for us, since we never find what we’d like in the general colours cards. We are very precise in our designs but also in the rightness of colours tones and leathers textures.

TN: What is your earliest memory of fashion?
IG: When my mother bought the Opium perfume from Yves Saint Laurent and discovering the campaign for this perfume with the picture from Jeanloup Sieff. This was so subversive and beautiful at the same time, the soul of fashion, for me.

BC: All the global clothes, music and aesthetic of the SEX store from Vivienne Westwood and Malcolm McLaren with a very provocative vision of fashion.

TN: How did you two originally meet?
IG: We met when we were teenagers. I was 13 years old and Benjamin was 14. Long story! Benjamin had a nice little punk look (inspired by John Lydon) and was wearing brothel creepers bought in London. He was always a bit disappointed by details, lines in the design, the quality and was spending a lot of time redesigning them. I was more of a 60’s/mod inspiration, which altogether makes the mixed of inspirations for Adieu!

TN: And how did Adieu come to be?
IG: We didn’t know it yet but now, we think that the idea of Adieu started when we met when we were teenagers! We were both shoes obsessed and had similar tastes for aesthetic in general (music, clothes, movies and the like). It was like a desire to propose the basic and simple shoes we had in mind and were looking for and couldn’t find.

BC: We have had our company together since 1999 and prior to that had done some projects with shoes but in another way, more special edition and handmade. At one point, we really needed to build this project and we started to think about it in 2008. Adieu was ready for FW12. 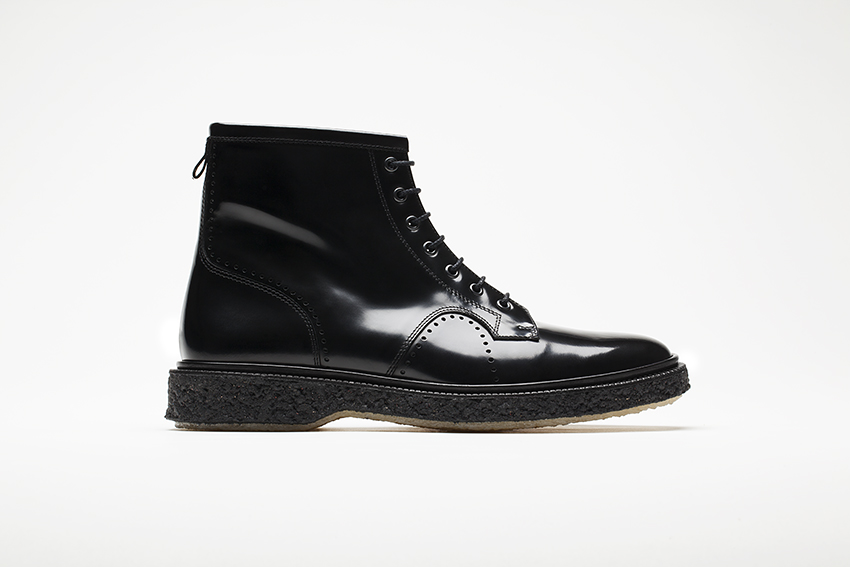 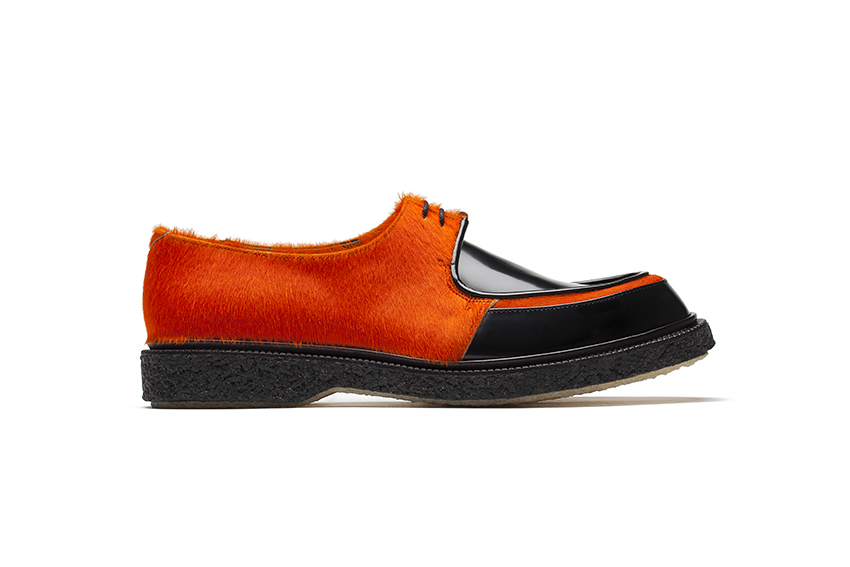 TN: What is the Adieu design philosophy?
BC: The original idea was to start with the shoes we wore as teenagers. We wanted to give them a real nobility, focusing on minimalist design and quality: to make beautiful shoes on the basis of a simple and popular philosophy. Raymond Radiguet’s sentence extracted from ‘Devil in the Flesh’, “Purpose is nothing less like the things themselves that what is very close,” illustrates this philosophy.

TN: Isabelle, you have had quite a wide range of experience – working with Alber Elbaz at Guy Laroche and at Yves Saint Laurent included. How have these experiences helped shape the brand?
BC: Isabelle worked in various fashion houses: starting at Christian Lacroix, then at Emmanuel Ungaro and had an amazing experience mainly as the right arm of Alber Elbaz at Guy Laroche and then at Yves Saint Laurent. She is more sharp in fashion knowledge and inspirations.[…] From my side we get the technics, the sharp design and from Isabelle’s side, we get a more global vision of fashion for the brand development like the inspirations for each seasons, the balance in the linesheet and how the brand should grow.

IG: Benjamin always knew that he wanted to design shoes, and he had very pre-set ideas about his style for shoe design so he learned how to make shoes (last, patterns, cutting, etc…) in a technical school and then did for few years some handmade brothel creepers.

TN: And the role at the textiles department of the Les Arts Deco School in Paris?
IG: I’ve always been totally fascinated by fabrics, materials and colours and I personally think that new ideas for designs and collections start and come from that. I was in charge of the textile design department and I was teaching also some courses about ‘new material designs’ where the students had to innovate and create new materials and then, imagine what this material could become as an object, in a space, for a fabric, etc…

This was always so exciting because every year new proposals were coming from my students and I was also in charge of their main project last year. It was very stimulating because it was a bit as if I had to follow, to imagine and to build with them several collections at the same time; it keeps your brain aware! I think also that to follow young future designers is so fresh and keep you in the mood of what the next generations are looking for.

The Adieu FW14 collection is available in store from mid June.